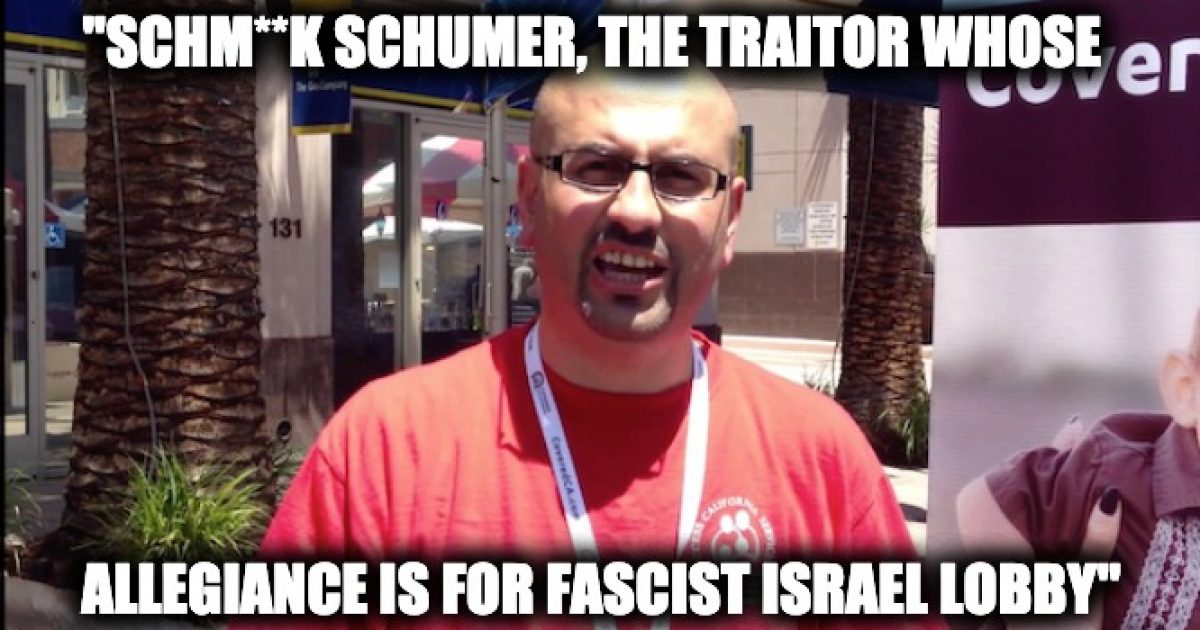 Iyad Afalqa chairman of the Arab American Caucus of the California Democratic Party accused fellow Democrat, Senate Minority Leader Chuck Schumer (D-NY) of having a dual loyalty’ between the U.S. and Israel. And the California party has not condemned the statement

Afalqa’s exact words were both hateful and ignorant., “Shmuck Schumer, the traitor whose allegiance is for Fascist Israel lobby.”

Afalqa posted the charge on Facebook on March 27th the day after the American Israel Public Affairs Committee (AIPAC) Policy Conference, where both Democratic and Republican leaders condemned Antisemitism. His post (below) linked to Schumer’s speech made the final day of the conference: 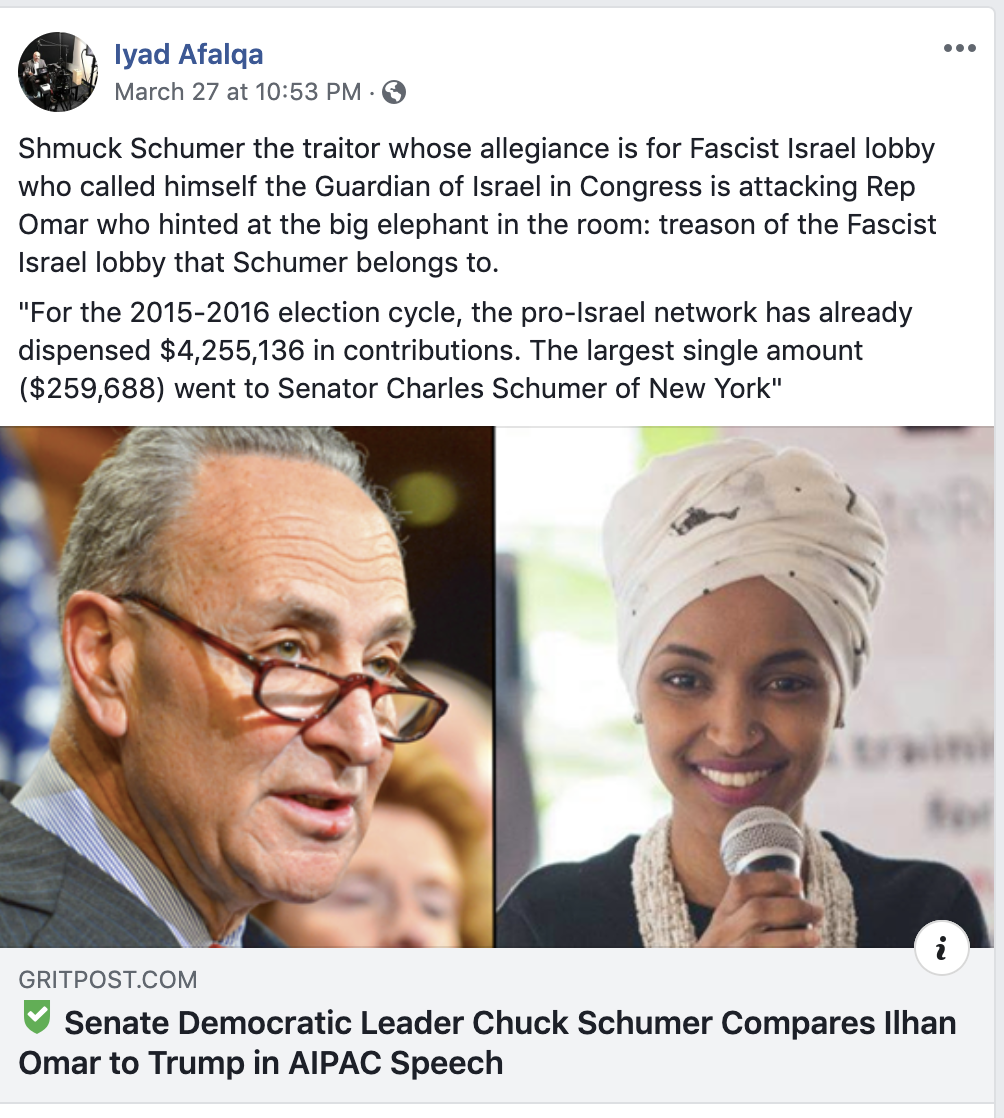 The charge of dual-loyalty is among the most hurtful and dangerous anti-Semitic canards. It is as old as the bible. The first Chapter of Exodus explains that there arose a new  Pharaoh who said the Israelites were too numerous and might rise up with Egypt’s enemies against them. This dual loyalty canard was the Pharaoh’s excuse to kill the male Israelite babies and enslave the adults.

From the middle ages through WWII Jews the canard took the form of Jews being disloyal their home countries, instead to a world-wide conspiracy to rule the planet. This canard was a driving force behind anti-Semitic massacres before Christians left home to go fight in the crusades, and after pandemics such as the Bubonic Plague. It was written down in “The Protocols of the Meetings of the Learned Elders of Zion, a false antisemitic text claiming to describe a Jewish plan for global domination. It was used by the Cossacks to justify anti-Semitic pogroms, and eventually was part of Hitler’s rationale for the Holocaust. The Protocols is still being published and distributed by hate-mongers throughout the world, including ironically at the 2001 UN World Conference Against Racism.

Besides the dual loyalty canard, Iyad Afalqa’s ignorance is found in two places. I don’t know where he got the $4.3 million in donations figure, but it wasn’t AIPAC. Keeping support for Israel non-partisan is a priority for AIPAC, they do not donate money to parties or candidates,

Also ridiculous was Iyad Afalqa’s claim that Chuck Schumer specifically was loyal to the Israel lobby–impossible!! I live in New York, Chuck Schumer has been one of my U.S. Senators for twenty-one years, he has never been faithful to anything except the Democratic Party. It’s why he refuses to work with the other party and has been obstructing everything President Trump has tried to do.

As of this writing, the California Democratic Party hasn’t reacted to Iyad Afalqa’s anti-Semitic attack on Chuck Schumer. But based on what they did when Rep. Omar spewed Antisemitism, expect them to continue ignoring his hatred.