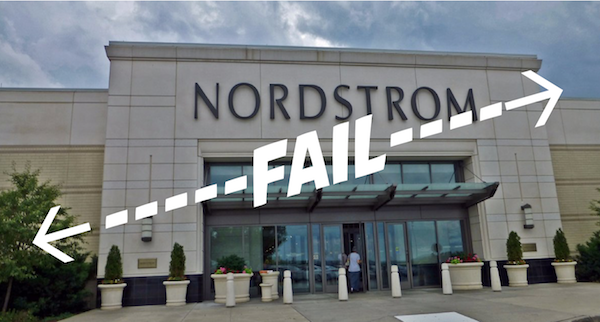 At the beginning of February in a thinly veiled political move, Nordstrom and other retailers including, Neiman Marcus, Belk, Jet, ShopStyle, the Home Shopping Network, and others dropped Ivanka Trump’s clothing line. Their public announcements about dropping the brand not only served to expand simple awareness of the brand amongst potential consumers, and sold them on the benefits of the line.

Fashion business site Refinary29 described a report from fashion search engine Lyst, reports that in February, there was more interest in Ivanka Trump Collection than ever before.

The search engine observed that in February 2017, Ivanka Trump Collection ranked 11th in its top brands by individual order count. According to Racked, the most-shopped brands on Lyst that same month consisted of a mix of high-street, fast-fashion, and sportswear, with the likes of Missguided, ASOS, Nike, Boohoo, Adidas, and River Island all represented. So, Ivanka Trump stands out in terms of aesthetics, clientele, and price point already — then, you consider the fact that the month prior, the brand was #550 on the same list. In 2016, it ranked #487.

While the brand doesn’t release sales figures, Abigail Klem, Ivanka Trump Collection’s current president, asserts that profits are solid, despite reports that retailers like Nordstrom and Neiman Marcus were dropping the line due to a decline in interest. “Since the beginning of February, they were some of the best performing weeks in the history of the brand,” she told Refinery29. “For several different retailers Ivanka Trump was a top performer online, and in some of the categories it was the [brand’s] best performance ever.”

The name of the group that urged retailers to drop the Ivanka Trump line is called “Grab Your Wallet.” Apparently that’s exactly what consumers did. They grabbed their wallet to pay for their purchases of Ivanka Trump products at online retailers.

Whether or not sales will remain at the past month’s high levels is yet to be seen, but what is very clear is that in their own way, consumers have “flipped the bird” at Nordstrom and other retailers who dropped the Ivanka line.