It’s Not Easy Being a ‘Pro-Rape’ Muslim Blogger (A Question of Free Speech?) 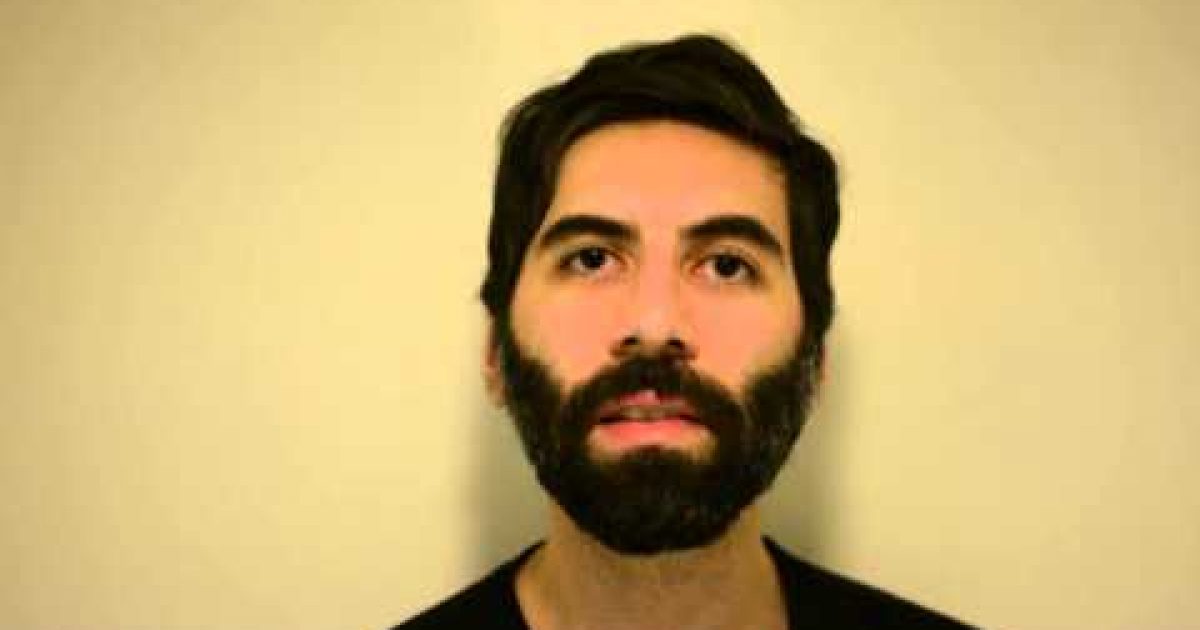 A popular Iranian-American blogger who last year created a storm with an article seemingly advocating the legalization of rape is having a hard time just getting together with like-minded guys these days.

Earlier this month, blogger Daryush Valizadeh, aka “Roosh Vorek” and “Roosh V.,” was prevented by public outcry from following through on a plan to hold 165 “neomasculinist” meetings in 43 countries, including many in major American cities.

The group, calling itself “Return of Kings” after Valizadeh’s website, was to have met on February 6 at various guarded locations, where men were supposed to acknowledge they were part of the group by using the code phrase, “Do you know where I can find a pet shop?” to which an organizer would reply, “Yes it’s right here.”

Apparently, putting your secret plans on the Internet for the world to see is not the best way to actually pull off said secret plans. (Take note, Agenda 21 promoters.)

A variety of activists from feminists to conservatives to concerned police officers got wind of the get-togethers and raised a fuss. From the Alaskan National Organization of Women to the Des Moines Police Department, Coconuts Singapore blog to the BBC Scotland, organizations and activists encouraged protests against the men-only meetings, which Valizadeh insists were just to have a good time with fellow “tribal” types while promoting Muslim values.

Multiple media descriptions of the meetings label Valizadeh “pro-rape” because of his writings. He is named by the Southern Poverty Law Center on its list of prominent misogynist websites for penning things like, “I’ll be the first to admit that many of my bangs in the United States were hate f***s. The masculine attitude and lack of care these women put into their style or hair irritated me, so I made it a point to f*** them and never call again.”

In cancelling the meetings, Valizadeh said he could not guarantee the safety of participants. “I’m moving to save as many of these meet-ups as I can before Saturday so that men can still meet in private away from a loud, obnoxious, dishonest, and potentially violent mob,” he said.

It wasn’t the first time Valizadeh and his group got chased out of a town. In a video posted on YouTube last summer, Valizadeh described being harassed and pelted with beers when he made a visit to Montreal and Toronto, Canada.

It’s not like the reactions should have been a surprise. Valizadeh, who apparently first became widely known for a series of self-published manuals on how to pick up women, including specialized books for different countries, centers his blog around the current state of masculinity in the modern world.

He’s not entirely without a point as he criticizes feminism, homosexuals, metrosexuals and the general emasculation of the male half of the species, which is probably why so many males are drawn to his site and books.

Valizadeh comes off as egotistical, macho and a bit of an ass hat (pardon my language), but he’s hardly the first writer on the Internet to do so, though most of the time writers don’t get chased by a beer-hurling mob.

There’s no denying, though, that what really earned him a spot in the social justice warrior radar system is the article he wrote almost exactly one year ago titled, “How to Stop Rape,” in which he promotes the thesis that if rape were legal in a private residence, then a woman would not go unescorted to the residence of any man she did not want to have sex with, therefore greatly reducing or eliminating the number of rapes.

Valizadeh has since posted a warning that the article is a “satirical thought experiment” and not to be taken literally, which is of course what every feminist social justice warrior has done. That reaction as well is understandable. Despite the claim of satire, the article doesn’t read as humorous, a la Jonathan Swift, it sounds in many ways like a manifesto. Accordingly, the “anti-Roosh” sentiments have been whipped up to the point of hysteria, so much so that an article on the Patheos website’s Muslimah Media Watch blog about him comes with a “trigger warning.”

He’s clearly run afoul of the safe-spaces, special-snowflake crowd and been ensnared in their social justice nets, but Valizadeh insists that all he’s really doing is promoting traditional Muslim values, which is where this all truly becomes worrying. Valizadeh is American, born and raised, so his attitudes are home-grown, not the attitudes of a recent immigrant.

Liberals, in their desire to be seen as “Progressive” and multicultural, and in their intolerance of anything Christian, Jewish or biblical, often try to ally themselves with the “Religion of Peace” and give Muslims a pass on their behavior which often goes completely against the left-wing agenda. Liberals should pay careful attention to what Valizadeh said in a video:

Critics might say that those traditional Muslim beliefs have been on display recently in Europe, which has seen a rash of rapes at the hands of Muslim “refugees.” For his part, Valizadeh insists he does not promote rape and doesn’t advocate the harming of women.

Apparently, though, Valizadeh has stepped outside the confines allowed by the unwritten Progressive-Islam peace treaty. Islam is acknowledged by the Left as the Religion of Peace only so long as its practitioners shut up about the Left’s actual practices, such as modern feminism’s philosophical and social castration of men.

It’s interesting to note that in his response to the Left’s perfectly predictable attack, Valizadeh resorts to typically liberal tactics of claiming victimization, donning the mantle of Islamophobia rather than owning up to the fact that it is he personally who ticked off the brute squad. It’s almost funny to hear him – the man who wants women to be sexually submissive and available – complain that his critics are not checking their privilege.

Valizadeh makes some valid points amid all his bluster and misogyny, including about the importance of protecting free speech, even speech you may not like. But it also seems that he represents one possible vision of the future, in which American culture is confronted by and must come to grips with real misogynistic Islamic culture, which clearly will be a growing influence, like it or not.

Perhaps it’s time to seriously consider some of the issues Valizadeh raises and what – for good or ill – they imply for America.