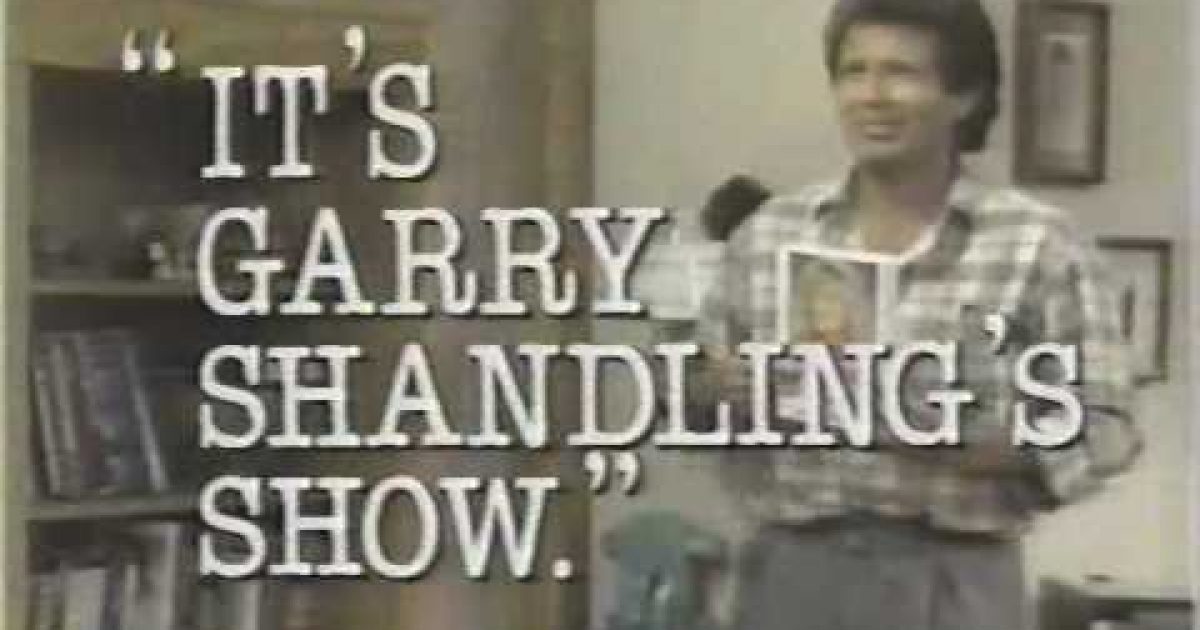 Comedian Garry Shandling died at age 66 on Thursday. He was a comic genius! While most of his obits will point to his HBO  series which starred him as an egomaniacal late-night TV host with an angst-ridden show-biz life behind the scene “The Larry Sanders Show,” as his best work, my favorite was his earlier show on Showtime

Called “It’s Garry Shandling’s Show,” the series stared Garry Shandling as,  himself: a neurotic, self-obsessed stand-up comedian, who just happened to be aware he is a TV sitcom character. Garry spent just as much time talking to the home audience or interacting with the  studio audience as he did the regular cast members. The show began with opening and closing monologues of the episode’s events.  Not only did Garry constantly break the fourth wall, but on “It’s Garry Shandling’s Show,” all the supporting characters knew they were on a TV show, breaking the fourth wall and interacting with the studio audience also.

May you rest in peace Garry Shandling, and thanks for the laughs.

BTW  “It’s Garry Shandling’s Show,” had the best theme song in TV history, below are the lyrics and a video of this TV Classic.

This is the theme to Garry’s Show,

The theme to Garry’s show.

Garry called me up and asked if I would right his theme song.

How do you like the theme to Garry’s Show.

This is the theme to Garry’s Show,

The opening theme to Garry’s show.

This is the music that you hear as you watch the credits.

We’re almost to the part of where I start to whistle.

This was the theme to Garry Shandling’s show.

HILARIOUS: Livid Chick Rips Into Bros For Following Her Until They Tell Her Why (VIDEO)
February 25th, 2021 Clash Daily

NY Journalist Accuses Cuomo Of ‘Terrorizing’ Him For Doing His Job as a Reporter
February 25th, 2021 The Mental Recession