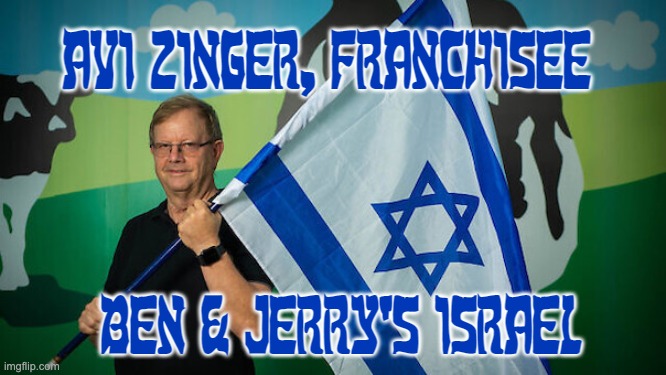 On March 3, 2022, Avi Zinger, the Israeli franchisee of Ben & Jerry’s, sued the ice cream maker and its parent company Unilever in a U.S court for breach of contract. His license wasn’t renewed because of where he sells his product. The far-left Ben and Jerry’s did not renew Zinger’s contract because he sold products in Judea, Samaria, and East Jerusalem.

Avi Zinger and his Israeli company, American Quality Products, filed the lawsuit in federal court in New Jersey on Thursday. The board of directors of Ben & Jerry’s, acting under its independent social justice agreement with Unilever, informed Zinger last summer it would not continue its contract with him because he refused to halt sales in [what they called] “Occupied Palestinian territories.” Ben & Jerry’s wanted to halt those sales in support of the anti-Israel Boycott, Divestment and Sanctions (BDS) movement.

The 69-year-old Mr. Zinger is asking for an immediate injunction allowing him to continue manufacturing and distributing the product until the matter is resolved.

in both the United States and Israel, a business following the anti-semitic BDS (Boycott, Divest and Sanction Israel) movement breaks the law.

Attorneys for Mr. Zinger said he is being forced to choose between his livelihood and the law.

If he complied with Unilever’s policy, Mr. Zinger would be in violation of Israeli’s nondiscrimination law and its law prohibiting boycotts against Israeli, as well as U.S. laws prohibiting the same, the suit stated.

“The only reason for a nonrenewal was plaintiffs’ refusal to carry out [the] unlawful demand,” the suit said.

Gee, that puts them between a rock and hard ice cream.

When one looks at where Unilever and Ben & Jerry’s products are distributed, it’s easy to assume the Israel move was an example of Antisemitism.

Zinger points out that Unilever sells products in Russia, Pakistan, Saudi Arabia, Syria, Venezuela, and Iran. Ben & Jerry’s also is sold in China, whose policies toward its Uyghur minority the US calls “genocide.” The company has never criticized the sale of its products in other “disputed” lands, including Tibet, Crimea, Western Sahara, Kashmir, and South Sudan.

Yes, both Ben and Jerry are Jewish, that does not stop them from being Jew-hating-Jews. Sadly there are too many like them.

Per the Brandeis Center, one of the attornies representing Mr. Zinger, his ice cream company hires and distributes to all communities.

“Unilever’s unlawful action is detrimental not only to Avi Zinger and his company, but also to Avi’s employees; his Palestinian distributors and suppliers; and the general public,” stated Alyza Lewin, president of the Louis D. Brandeis Center for Human Rights Under Law, one of the lawyers representing Zinger. “Unilever is destroying a successful business that provides jobs for refugees, new immigrants and the disabled; economic opportunity for Palestinians; financial support for Israeli-Palestinian peace and coexistence programs, and education and training for Palestinian students and farmers. Avi’s business makes Ben & Jerry’s available to all consumers throughout Israel – Palestinians and Israelis alike.

According to the WSJ, approximately 700,000 Jews live in Judea, Samaria, and East Jerusalem. They do not acknowledge that Jews have been living in much of that area since the days of Abraham, who is recognized by Jews, Christians, and Muslims as the father of monotheism. The largest city in Judea and Samaria is Hebron. Not only does the bible explain how Abraham paid for that land, but how the patriarch Abraham overpaid for the land to ensure that no one would ever be able to say that it wasn’t Jewish territory as it was purchased fairly. But Abraham lived long before the invention of ice cream.

Additionally, If any company interested in the BDS movement did some research, they would learn that even ancient Muslim text declares all of Jerusalem belongs to the Jews.