Israeli Election Results: A Thin Coalition Or A Drive For Five 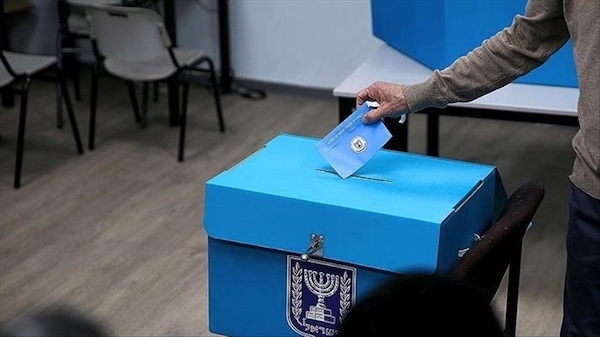 Folks, as Israel begins the day after the fourth election in two years, it ain’t over. Things are much too close to call. As things stand now, the exit polls predict that Netanyahu may have the 61 seats to form a government if he can lure Naftali Bennett’s Yamina party into the coalition. The operative phrase is, “as things stand now.” Because things will change before any results are final (and there are 600k absentee ballots to count).

Final results will take a few days, and expect that even the exit polls will often change before then. Results are very close, and the shift of one or two seats can change everything. This election is so close that if a coalition is formed, it will be with a razor-thin majority. It is also possible that the result of this election can be the fifth Israeli election within two years.

In Israel, voters do not vote directly for a Prime Minister, nor do they vote for a representative—remember, it’s a tiny country. Actually, there were direct elections for the Prime Minister in the 1980s, but that was changed back to the original system when direct voting didn’t produce more stable governments.

When voters went to the polls in Israel today, they voted for a party list. Each list is a docket of candidates in a particular ranking of importance set by the party leadership (first on the list is the party leader/Prime Minister candidate). Seats in the Knesset (parliament) are awarded proportionally to each party that meets a minimum threshold of  3.25% of the total votes. The parties give out the seats in the order they appear on the list.

Bennett’s Yamina party is center-right and a natural to partner with Netanyahu’s Likud.  However, Bennett and Bibi do not like each other, and things got really nasty during the campaign. If you think American elections are the nastiest then you have never followed an Israeli election.  Bennett will love being the kingmaker or the king destroyer. If he does end up joining in a Netanyahu-led coalition, he will probably get more minister portfolios than a party his size (7-8 seats) deserve

The Blue and White party took a major dive compared to the last election. They’ve gone from 33 seats to around seven or eight.  I’ve seen this happen before in Israeli elections. When a party makes a major impact in its first election, it often crashes in the next one.  Blue and White started to fall apart after joining Likud in a coalition after the March 2020 elections, and they fell apart in this election.

Below are the exit poll results. Please note the results below are not close to being official or final. We will update the results at least once a day through Friday. 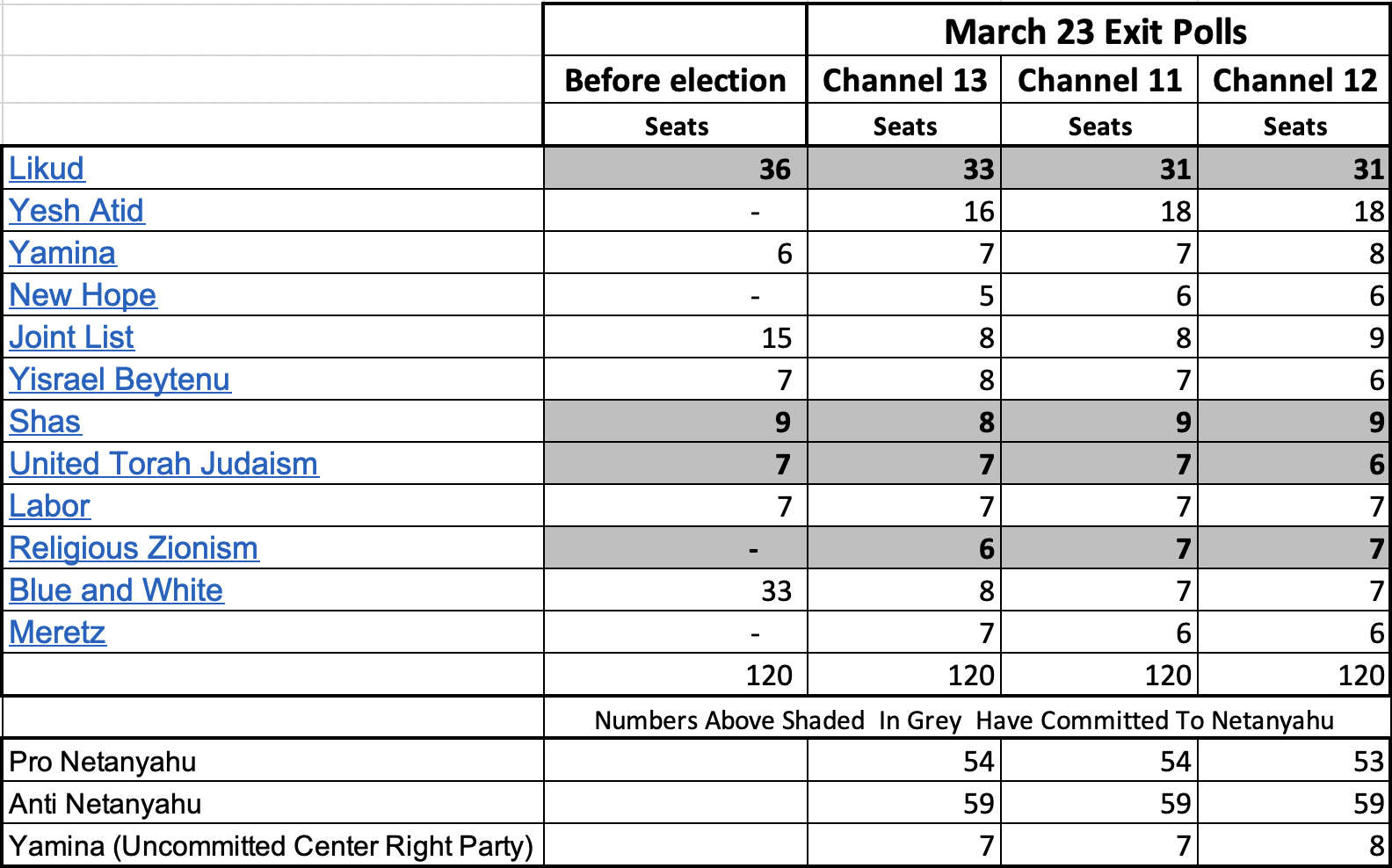