Israel Declares Itself To Be A Jewish State: Why Are Some Going Crazy? 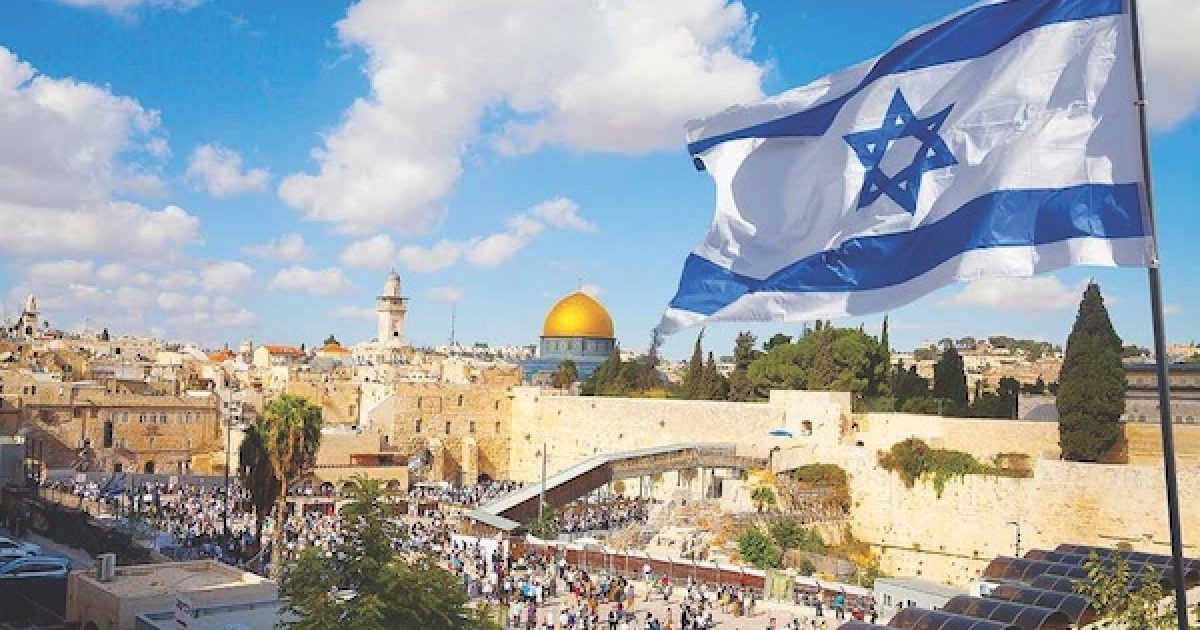 Zionism:  A political movement, to establish a political and geographic nation-state for the Jewish people in their ancestral homeland.

Passed last week by the Israeli Knesset was the thirteenth Basic Law. This latest law, called the Nation-State Law, recognizes Israel as the fulfillment of the Zionist dream declaring that Israel is the nation-state of the Jewish people, and “the actualization of the right of national self-determination in the state of Israel is unique to the Jewish people.” In Israel which has no constitution, Basic Laws in Israel have the same power as the constitution in America.

While the new law should have the same reaction as a person saying, the sky is blue or grass is green, there are those who are ignoring the truth about the nation-state law in the context of the rest of Israel’s jurisprudence to say the law will destroy the democratic and pluralistic nature of Israel.

The Nation State law had been in development for seven years. It declares that Israel is the actualization of the historical and religious right of the Jewish people. It says Hebrew is the official language, but Arabic has a special status and must be treated the same as it was before the law was enacted.  Saturdays and Jewish Holidays are the official days of rest in the state, however people of other faiths must be allowed to observe their holidays and days of rest. The law reaffirmed that all of the freedoms that were guaranteed to ALL Israelis no matter what their faith. It affirms that an undivided Jerusalem is the capital of Israel, and asserts that Jewish settlement (without specifying where) is a national value, and promises to encourage and advance settlement efforts. Finally, it indicates that Israel will work to ensure the safety of Jews all across the diaspora as well as their historical and cultural heritage.

It is important to note that the law does not supersede the Israeli Declaration of Independence which the Israeli Supreme Court has classified as a guideline. The Declaration says in part that Israel:

“will ensure complete equality of social and political rights to all its inhabitants irrespective of religion, race or sex; it will guarantee freedom of religion, conscience, language, education, and culture”

But the rights were affirmed legally in 1992 with the Human Dignity and Liberty basic law. The relevant portion of that law states:

“Fundamental human rights in Israel are founded upon recognition of the value of the human being, the sanctity of human life, and the principle that all persons are free; these rights shall be upheld in the spirit of the principles set forth in the Declaration of the Establishment of the State of Israel.”

That law as is not superseded by the new law either.

Despite the guarantee of rights already established in the Declaration of Independence and Basic Law, progressive politics-first Jewish groups such as the Anti-Defamation League and the American Jewish Committee (which opposed Zionism in the 1940s) claimed the law would somehow make Israel less democratic especially the provision making Hebrew the official language of Israel. Their objections ignore that the law explicitly says, “This clause does not change the status given to the Arabic language before the basic law was created.”

Ignoring the AJC added that law “put at risk the commitment of Israel’s founders to build a country that is both Jewish and democratic.”

Rick Jacobs, the head of the U.S.-based Union for Reform Judaism, which also puts progressive politics before their Jewish mission wrote the confusing, “The damage that will be done by this new nation-state law to the legitimacy of the Zionist vision … is enormous,” but all it does is put the Zionist mission in writing.

Part of the objection of liberal Jews in the diaspora traces back to the way Zionism is seen.  American Jews mainly see Zionism mostly as a religious movement,  But if one reads the bill, there is no mention of Judaism as the official religion of Israel. That’s because Israelis see  Zionism as more a political movement to provide self-determination to the Jewish nation. One does not preclude the other and Zionism has elements of both, but it does skew the perception of the new law.

The UK Guardian and the European Union put something in the law that isn’t there, saying the Nation-State bill declares that only Jews have the right of self-determination in the country. The word “only” cannot be found in the law. That’s because the rights of other faiths are covered in the Declaration of Independence and earlier basic law.

As reported in Gulf News, “Palestinian member of the Israeli Knesset, Ahmad Tibi, tweeted: ‘The end of democracy and the official beginning of fascism and apartheid. A black day.’”  Tibi’s tweet is ironic, because the basic law doesn’t change his rights as a citizen of Israel, but Palestinian president Abbas has declared that any future Palestinian state must be Judenrein.

The UN created Israel as a Jewish State. UN Resolution 181 (the partition plan) called for independent Jewish and Arab states thus the nation-state law is the actualization of that resolution. For the first seventy years of its existence Israel it was assumed that Israel was the nation-state of the Jews this law only puts it in writing.

An essential part of the bill is the section on the diaspora which professes that Israel is tied to the Jewish community outside the Jewish State, and should protect the Jewish people and Jewish heritage in the Diaspora. To be frank, this is not only an obligation of Israel but Jews everywhere.

This law doesn’t change anything; however, it puts into writing the basic framework of Israel and is a necessary element for any future peace.

Yes, peace!  As Prime Minister Netanyahu outlined in a speech before the U.S. Congress in 2011 (the same year as the Knesset started working on the nation-state law):

“All six Israeli Prime Ministers since the signing of Oslo accords agreed to establish a Palestinian state. Myself included.  So why has peace not been achieved?  Because so far, the Palestinians have been unwilling to accept a Palestinian state, if it meant accepting a Jewish state alongside it (…)You see, our conflict has never been about the establishment of a Palestinian state. It has always been about the existence of the Jewish state. This is what this conflict is about (…) They were simply unwilling to end the conflict.  And I regret to say this: They continue to educate their children to hate. They continue to name public squares after terrorists.  And worst of all, they continue to perpetuate the fantasy that Israel will one day be flooded by the descendants of Palestinian refugees. My friends, this must come to an end.  President Abbas must do what I have done.  I stood before my people, and I told you it wasn’t easy for me, and I said, ‘I will accept a Palestinian state.’ It is time for President Abbas to stand before his people and say, I will accept a Jewish state.’”

Even when it has said that Israel has the right to exist, the Palestinian leadership has always refused to recognize Israel as the nation-state of the Jewish people, for the reason Netanyahu explained above.

Previous American governments have refused to push the Jewish State Issue. But now Israel has put it in writing and included it in its basic law. Therefore now clear to her both her friends and adversaries,  any peace must include of recognition of Israel as what it was created to be, the nation-state of the Jewish people.