Israel/Iran Missile Exchange Had NOTHING To Do W/ JCPOA Withdrawal 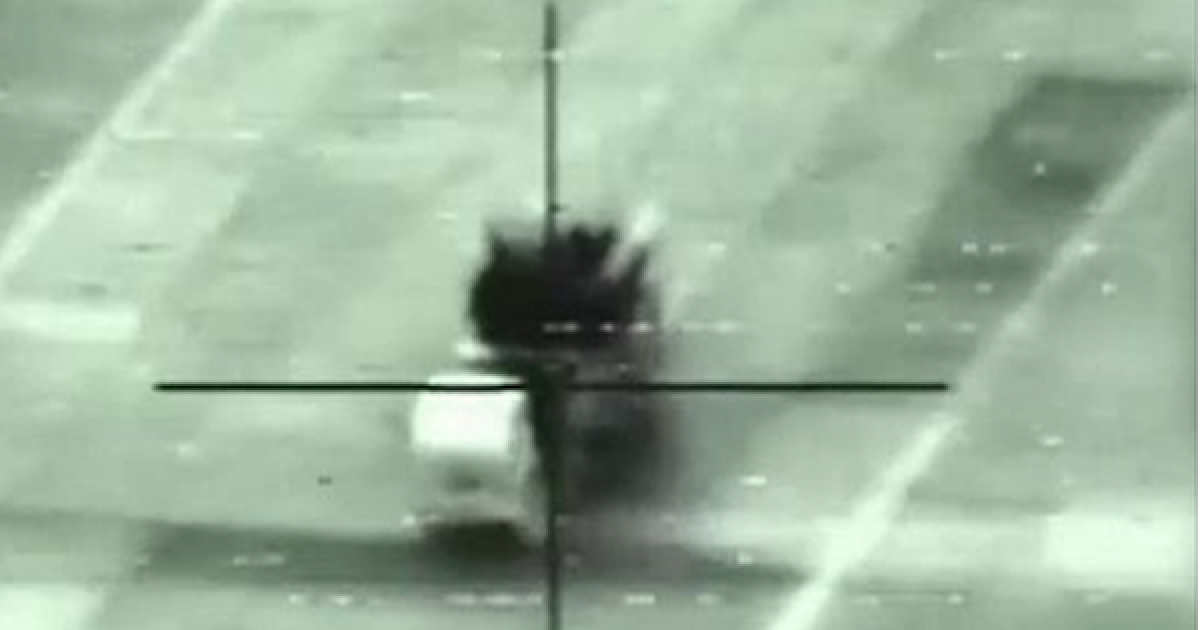 Israel, of course, unleashed a barrage at Iranian sites based in Syria. According to Israel’s Defense Minister Avigdor Lieberman, “If it rains on us, it’ll storm on them,” He described how the IAF hit “nearly all the Iranian infrastructure in Syria”, Lieberman told a conference at the IDC college in Herzliya, adding, “We are not going to let Iran turn Syria into an entire military base against Israel…I hope we’ve finished this chapter and that everyone got the message.”

If you believe the press last night’s action was a response to President Trump’s withdrawal from the JCPOA but that’s not true.

On February 10th of this year, Iran sent a drone into Israeli territory. The Israeli Airforce not only shot the drone down but launched an air attack on they Syrian Airbase where Iran’s drone operations are based. April 9th saw Israel attack the same Syrian Airbase (without admitting they were behind the attack).

After examining the film and the drone wreckage for two months,  the government of Israel revealed that the Iranian drone shot down on 10 February had been carrying explosive material.  The drone wasn’t armed with separately deliverable bombs or missiles, but rather it was the ‘bomb’ itself. And it had been directed against an Israeli target by its controller.

Over the past two months, Israeli officials including Prime Minister Netanyahu have repeatedly stated that the Iranian military presence in Syria was intolerable.

On April 29th it is believed that Israel struck again. A huge blast was reported at a weapons depot near Hama, Syria said to be used by Iran.  The blast was so significant it reportedly registered as a 2.6 magnitude seismic event. Iran swore to retaliate for the end of April strike.

As you can see by the above, while President Trump announced he was pulling out of the Iran deal on Tuesday, May 8th, the attack of Thursday morning would have happened whatever the President said about the JCPOA

Allow me to point out one more item related to last night’s effort and Israel in general.

Some commentators claim that Israel wants the United States to attack Iran for her. WRONG! Israel learned a long time ago that it cannot rely on another country for protection. The very premise of Zionism was that the safety of Jews would no longer rest with the goodwill of the Gentiles. Jewish history is written in their blood drawn from the deceit of non-Jews who promised protection. For example, under the British mandate whenever the Jews relied on the British for protection, Arabs would massacre Jews right under the noses of the British whose police forces wouldn’t lift a finger a great example of that was the Hebron massacre.   Or after the Sinai war in 1956, the UN promised that it will never allow Egypt to close the Suez canal again. But in 1967 Egypt closed the canal, the UN did nothing and there was war.

Even with the U.S.–ruling parties and president’s change. For most of the time since modern Israel was created in 1948 America has been an ally of the Jewish State. However,  could it really count on the U.S. during the reign of the anti-Israel, anti-Semitic Barack Obama?

And speaking of the Presidency, this administration’s reaction to the latest bombing exchange was that Israel has the right to defend herself–period! The previous administration may have also said Israel can defend herself but would have also urged the Jewish State to show restraint instead of punishing Iran for its aggression.

The video below is an Israeli News report about the Israeli/Iranian exchange: