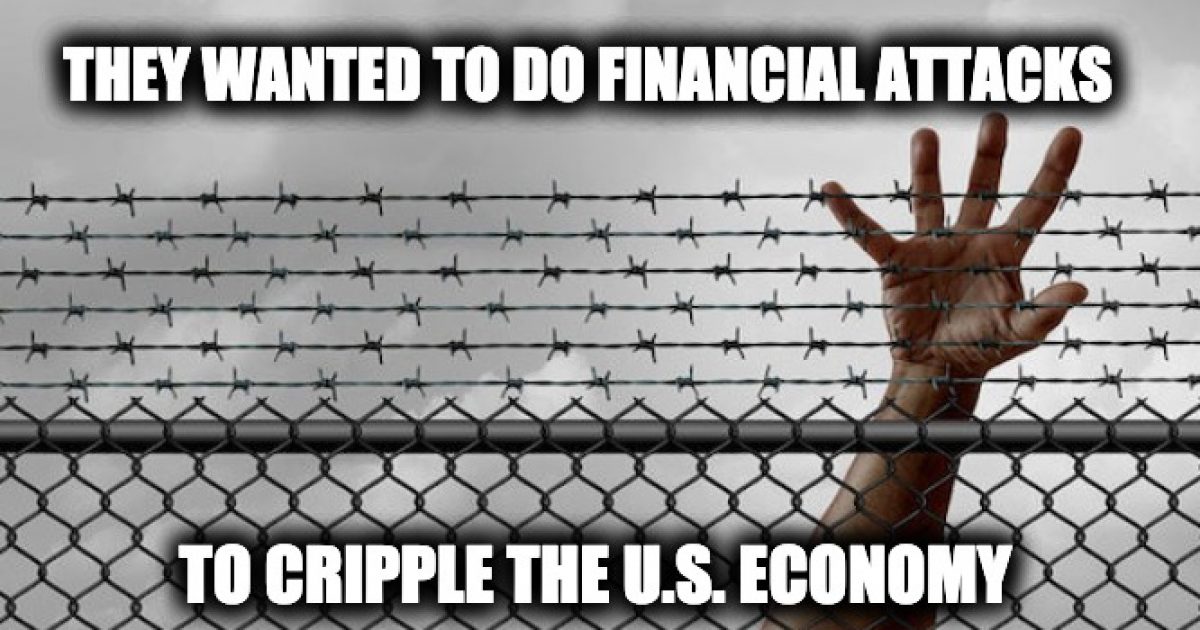 Per a report by the International Center for the Study of Violent Extremism (ICSVE) and published by Homeland Security Today. A former ISIS fighter captured in Syria has confessed that the terror group “intended to exploit the vulnerabilities of the U.S. border with Mexico, using English speakers and westerners to take advantage of smuggling routes and target financial institutions.” The fighter, Abu Henricki is a Canadian citizen with dual citizenship with Trinidad,  told ICSVE  he was sought out by the ISIS Intelligence wing to attack the U.S.

In a ninety-minute interview with Henricki, that took place in a Syrian Democratic Forces (SDF) prison he explained the mission they wanted him for was to attack the U.S. from a route starting in Central America.

Abu Henricki then opens up about a plot in which he said he and other Trinidadians were invited to attempt to penetrate the U.S. borders to mount financial attacks on the U.S. When asked how this occurred, he explains, “The emni [ISIS intelligence arm] was inviting us,” which matches other cases we and others have uncovered, in which the ISIS external emni identifies ISIS cadres willing to go home or attack in countries outside the Caliphate. When asked if he can identify the emni member who invited him, as they routinely wore masks covering their faces, Abu Henricki answers, “He speaks English. He was Tunisian, maybe. I don’t know.  He approached the guys, and they approached me. He didn’t come directly to me.”

This was in the end of 2016. “They, what they will have, what they wanted to do, basically, is they wanted to do financial attacks. Financial attacks to cripple the [U.S.] economy,” Abu Henricki explains. “Apparently, they have the contacts or whatever papers they can get to a false ID, false passports [to send me out for this kind of attack],” he adds. “They have their system of doing it. So that’s maybe the way that I could have gone out with other individuals. It wasn’t me alone. They were sending you to Puerto Rico and from Puerto Rico [to Mexico].”

He added that the plan was developed by “a guy in America,” “someone from New Jersey.”

Henricki refused the mission and was put in ISIS jail as was his wife. They were both tortured. And his Trinidadian friends who the terrorists tried to accept the mission with him also refused.

When asked about the others who had been approached, Abu Henricki recalls, “I think they died. I think they also refused. They were still around [inside the Caliphate], in late 2017, and then were killed, hit by airstrikes,” he explains. “My Trinidadian [friends] were approached to do the same thing,” he explains. “The Trinidadians, [like me,] also refused,” he states and lists their ISIS names: “Abu Rahman, Abu Fukai and Abu Salahi, Abu Ana – all dead. I came in [to the Caliphate] with them…I was in the vicinity. I saw their dead bodies and went to their burials.”

Too many people on the liberal side of the fence argue that illegal immigration is a racial issue. But as the president has said it is both a  humanitarian and a national security issue.

ISIS may be in retreat now, but what if they finally found people to sneak through our southern border and execute a terrorist attack in the Wall Street area just like al Qaeda did in 2001? ISIS knew our border with Mexico was porous back in 2016, and nothing has changed since. An entire ISIS army isn’t needed to execute a terrorist massacre, it only takes one terrorist to make it through.

As the International Center for the Study of Violent Extremism report concluded with:

This account of a former ISIS fighter, “Recently interviewed under SDF authority in Rojava, Syria, is not published here as a warning bulletin for an imminent attack against our country, nor is it a fear-mongering attempt to suggest that a wave of ISIS terrorists are waiting to cross our southern border, but a reminder to diligently consider leads and sources that confirm terrorists’ intentions to exploit one of the weakest links in our national security: our borders.”