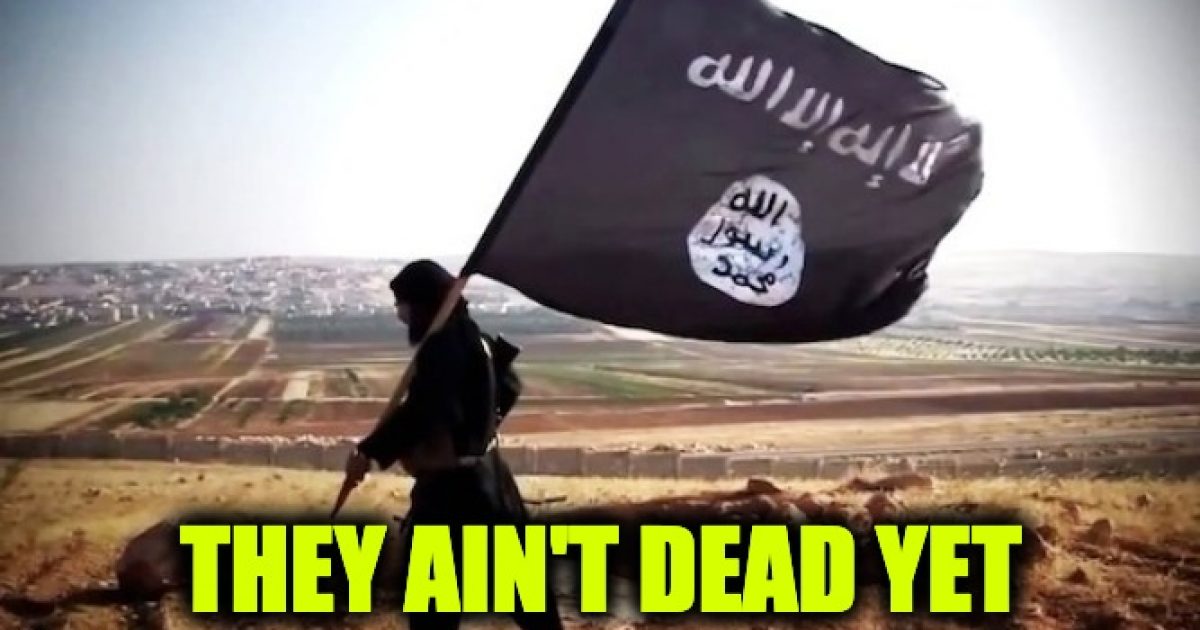 The califate may be gone as well as its cowardly leader Al-Bagdadi, but ISIS is still alive. They still have media groups positioned to spew hateful intimidation and lies throughout the world. Quraysh media shared a 3 part poster, an ISIS guide on how to kill world leaders. How? By infiltrating areas dressed as journalists. The name of the poster set is “Ways to Assassinate Leaders.” ISIS lone wolves. 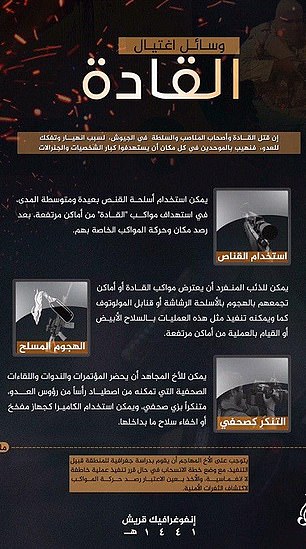 “The mujahid brother, dressed up in the journalist’s clothes, may participate in news conferences, forums, and meetings which may enable him to target key enemy figures. He may also use the camera as an explosive device or to hide a weapon inside it.”

“A lone wolf may disrupt the convoys of commanders or their places of assembly by attacking them using machine guns or Molotov bombs…They may also carry out such operations using blade weapons or carry out this operation from high places.”

According to the Daily Mail,

“Finally, the grim text suggests scoping out a potential area to attack and monitor a convoy’s route to expose security flaws which would also allow the attacker to consider a ‘withdrawal plan.’”

The plan to have a lone wolf dress up as a journalist to assassinate a leader is unworkable unless that fighter was to kill a real journalist and take their credentials. Every major western nation has credentialed journalists with a picture ID on their badges. It’s not a particularly well-thought-out plan. But as we know from vans slamming into groups of people to kill them, some of their plans do work out.

They are not the only ISIS media attempting to speak with lone-wolf operatives: Al-Taqwa media attempts to solicit hate against the President by putting forward a poster that reads, according to MEMRI,

“This is what our Lord had promised us and he does not break a promise, and America thinks with its allies that they are making the believers scared or they are being victorious over the Mujahideen, No.”

ISIS is like a clump of cockroaches that is hard to stamp out. Propaganda is the name of the game. Intimidation is the method. Their ideas are usually flawed and ridiculous, although it’s always wise to pay attention to the plan because there are crazies who follow their directions.