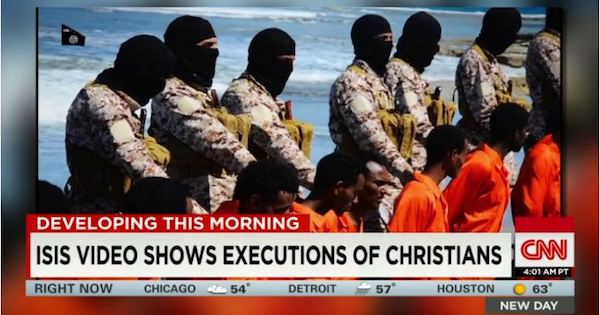 A good question from one of Iraq’s most important Christian leaders, Catholic Archbishop Basar Warda. The archbishop was speaking the Catholic website, Crux, when he voiced support for President Donald Trump’s immigration posture towards the nations of the Middle East and said that Iraq’s Christians “celebrated when Trump won” because they hoped it meant that the USA would finally offer support for their suffering.

The entire interview is a treasure trove of information about the plight of Christians in the Middle East (Iraq in particular) and is well worth your time to read.

On whether or not he (and other Iraqi Christians) agree with President Trump’s new immigration policies:

It is terrible to live with terrorism. My country lives with terrorism daily. And if the United States wants to have a strong vetting process, I can understand and appreciate that. Some people are quick to forget that Europe has tried to slow down the refugee flow too. The EU has done its best to keep the refugees in Turkey, and has paid Turkey to keep them there. Obviously, in the era of terrorism, people are concerned about who is entering their country and that is understandable…

I fear that all the media discussion on this travel issue will place the focus completely on those who are in the migration process, and forget those who are still attempting to live and survive in their legitimate homeland.

One other thing: Christians and other minorities have been largely ignored by the American government before now, so even if this step had a bumpy start and required clarification, we in Iraq appreciate that an American administration understands that we are here and wants to help the minorities here who have suffered so much. 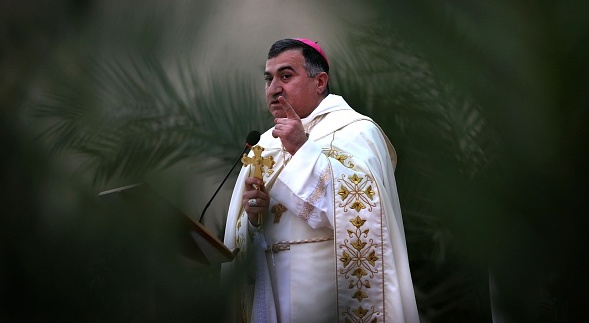 On the protests happening in America against Trump and his immigration order:

From my perspective in Iraq, I wonder why all of these protesters were not protesting in the streets when ISIS came to kill Christians and Yazidis and other minority groups. They were not protesting when the tens of thousands of displaced Christians my archdiocese has cared for since 2014 received no financial assistance from the U.S. government or the U.N. There were no protests when Syrian Christians were only let in at a rate that was 20 times less than the percentage of their population in Syria.

Most Americans have no concept of what it was like to live as a Yazidi or Christian or other minority as ISIS invaded. Our people had the option to flee, to convert, or to be killed, and many were killed in the most brutal ways imaginable. But there were none of these protests then of ISIS’s religious test.

From here I have to say, it is really unbelievable.

It is exactly this reasoning, that religion should not be a factor at all in American policy, that has resulted in Christians and other minority communities being overlooked by U.S. and UN aid programs. We are too small to matter, our communities are disappearing from constant persecution, and for years the American government didn’t care. Now when someone tries to help us, we have protesters telling us that there can be no religious basis for refugee status – even though the UN treaty and American law say that religious persecution is a major reason for granting the status, and even though ISIS targeted people primarily on the basis of religion…

But it is very hard for me to understand why comfortable people in the West think those who are struggling to survive against genocide, and whose communities are at extreme risk of disappearing completely, should not get some special consideration.  We are an ancient people on the verge of extinction because of our commitment to our faith.  Will anybody protest for us?

There is so much more in the interview. Please make sure to click here, and go read this spectacular piece at cruxnow.com. The religious minorities of the Middle East deserve special protection, not because they are more valuable than the Muslim population, but because they’ve faced more danger, hardship, and persecution than their Muslim neighbors.