This is an idea directly out of the Chinese Communist Party 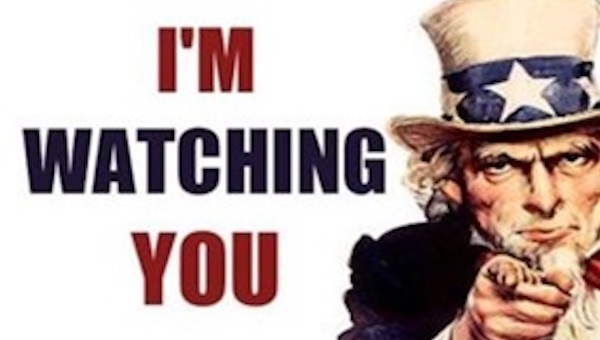 The State Financial Officers Foundation (SFOF), a group made up of state treasurers, and auditors have come out with a strongly worded statement rejecting what they call “government snooping on Americans’ financial accounts.”

“It is an unconstitutional non-starter, according to both SFOF and America’s Founding Fathers,” the Foundation wrote in a statement to the press:

“The right of the people to be secure in their persons, houses, papers, and effects, against unreasonable searches and seizures, shall not be violated, and no Warrants shall issue, but upon probable cause, supported by Oath or affirmation, and particularly describing the place to be searched, and the persons or things to be seized,”

“This is not a compromise. It is an idea directly out of the Chinese Communist Party. Americans have a right to keep their bank accounts private. I will not comply with the Biden administration’s unconstitutional scheme to spy on American bank accounts. Period,” said Nebraska Treasurer John Murante and National Chair of SFOF.

A supposed compromise has changed the $600 triggering threshold to $10,000, which is of little consolation to law-abiding Americans who see an average of over $60,000 move through their accounts annually.

“This dangerous measure will undoubtedly drive more money under mattresses, thereby driving community banks and smaller credit unions out of the communities that need them,” said SFOF CEO Derek Kreifels. “State Treasurers and Auditors are already hearing reports of people making the dangerous move to pull cash out of their accounts.”

“If you want to crack down on drunk driving, you don’t pull over every vehicle,” Idaho Treasurer Julie Ellsworth added. “Speaking of which, the IRS and federal government are already too drunk on power to be trusted behind the wheel.”

Americans for Limited Government President Richard Manning wrote recently in Townhall about the dangers of giving the IRS access to our bank accounts.

“The same people who make a habit of targeting conservative political activists and believe that every voice should be heard, so long as those voices agree with them, cannot be given the keys to our bank accounts. Congress is deciding whether or not to open this Pandora’s Box through an obscure amendment to what will be a multi-thousand-page bill.

“On this one, when the DC politicians say trust us, America needs to tell them NO as loudly as possible.

“Let’s keep the IRS out of monitoring our personal bank accounts.  We’ve seen this story before, and we know how it turns out, and the ending is always ugly.