Iranian Drone Shot Down In Israel In Feb. Held Explosives, Was Flying Bomb 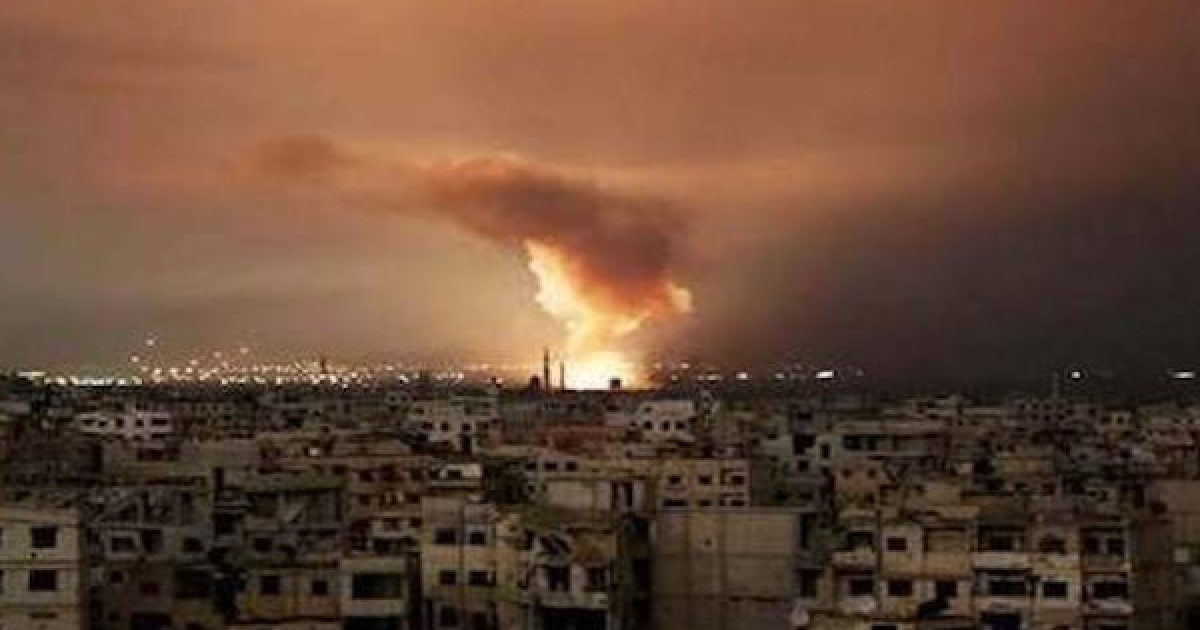 This explains a lot, not just about Israelis counterattack to the Iranian drone entering her airspace in February, but also Israel’s attack on the Syrian T-4 military air base last week.

When Israel first conducted a counterstrike on Syrian air defense assets after the drone was shot down on 10 February 2018, the drone intrusion alone justified the strike on Syria.  The Assad regime had allowed Iran to launch the drone and use it to intrude in Israeli airspace.  Israel can’t allow such intrusions to go unanswered.  Deterrence is essential; otherwise, Israeli forces could be quickly overwhelmed trying to maintain an effective, but wholly defensive, posture.

However, the government of Israel revealed this week that forensic examination of the Iranian drone shot down on 10 February showed it had been carrying explosive material.  The wording indicates that the drone wasn’t armed with separately deliverable bombs or missiles, but rather would have itself become the “bomb,” if it had been directed against an Israeli target by its controller.

This was understood to be a possibility at the time, of course.  But there was no confirmation back in February that the drone was lethal.

Although it isn’t clear that this update was the only reason for the more recent, presumed Israeli attack on T-4 Airbase in Syria (on 9 April), we can assume the explosive cargo of the drone from February figured into it.  As Lidblog observed at the time:

This attack had nothing to do with Assad’s chemical attack and everything to do with Iran. The T-4 base may on Syrian land but for all intents and purposes is operated by the Iranian National Guard and is the command and control center for its drone program in Syria. If conducted by Israel, the Monday morning attack was at least the third time IAF planes struck the T-4 base.

Two months ago, in February an Iranian Unmanned Aerial Vehicle (drone) entered Israeli airspace from Syria and was shot down by the IAF. The drone was launched from the T-4 airbase and though it could have been destroyed over Syria, the Israeli Air Force helicopter didn’t shoot it down until it reached Israeli territory so the drone could be studied. Once the drone was shot down, the IAF immediately attacked Iran’s drone command and control unit which was based at the same T-4 military airport that was bombed Monday.

Two reminders about the drone intrusion in February.  One, as I noted at the time, the drone entered Israeli airspace in a well-populated area near Beit Shean.  If the drone had been used for an attack there, the likelihood was high that civilians would be killed or injured.

Two, the drone was operating at a very low altitude in the initial part of the IAF video that was posted on the Web.

The drone almost certainly approached Israel from a higher altitude and had to descend to the low altitude.  Optimizing the fuel load versus the operating radius of the drone dictates making approaches from higher, less fuel-gobbling altitudes.  The IDF presumably tracked this flight profile and correctly identified it as an immediate threat.

The low altitude would be particularly conducive to using the drone itself as a guided bomb, against a target the controller would search for up close (using optics on the drone).

This drone intrusion thus goes from being highly provocative to being legitimately interpreted as a belligerent act.

Israel had every justification for striking targets in Syria, including an Iranian operational outpost at T4, on both 10-11 February and 9 April.  Iran has been playing with fire.  In my 12 February post, I suggested reasons why Iran wants to generate noise and confusion in the region and try to drag Israel into it and separate Arabs from Israel and allies from each other.

The interesting thing about President Trump’s new approach with Russia and Syria is that it has gotten inside Iran’s OODA (observe, orient, decide, and act) loop.  With Russia and Assad suddenly focused on countering an as-yet undefined U.S. energy vector, the momentum of Iran’s coalition in Syria is disrupted.  That’s the point I made in the latest Syria post, posted before Friday’s multinational attack on Syria’s chemical weapons infrastructure:

The operating profile and tempo of the whole Iran-Russia-Assad coalition in Syria has been disrupted – by credible threats.

I don’t think Russia wants to start World War III in order to keep Iran’s momentum going.  Israel is doing what she has to, to render Iran incapable of sending explosive-laden drones on suicide missions into Israeli airspace.  What the U.S. is doing on the larger Syria problem could have the effect that is most badly needed: separating Russia’s interests, on at least the crucial matter of Tehran’s plans for Syria, from Iran’s.

Most of this post was originally seen at Liberty Unyielding.