Celebrating the anniversary of Soleimani's death? 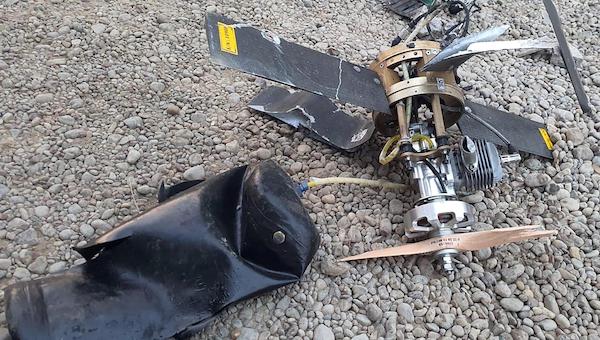 An attack on the base housing US advisors near Baghdad airport by two armed drones was repulsed by C-RAM missile defense systems. Coalition officials reported that the attack coincided with the death of QUDS Commander Soleimani on January 2, 2020, near the airport. There were no deaths or injuries. There were some interesting side notes as Iran also left a direct threat against Israel when they hacked an Israeli news site, The Jerusalem Post.

“This was a dangerous attack on a civilian airport,” the coalition official said.

The Iraqi security official who confirmed the incident said the drones were headed toward a U.S. base at Baghdad airport housing U.S. advisors.

No group immediately claimed responsibility for the attack, although one of the wings of the drones had the words “Soleimani’s revenge” painted on it, while another had words reading, “revenge operations for our leaders,” according to the officials. Both spoke on condition of anonymity in line with regulations.

Also, at the same time, the website of the Jerusalem Post was hacked by what they called “pro-iranian” hackers. The hackers’ message was that Iran could target the site of Israel’s Nuclear power plant near Dimona in the Negev Desert.

“We are close to you where you do not think about it.” The Jerusalem Post acknowledged the hacking and the direct threat against Israel, saying they were working on it. Previously on Twitter, Iran posted that they can easily use ballistic missiles to target their enemies, particularly Israel. According to General McKenzie, their ability to use ballistic missiles is an even greater threat than their nuclear plans in the short term.

The Hebrew message on the tweet below sent by Iran says, “Attack on the Israeli Center for the Development of Weapons of Mass Destruction as part of a joint exercise ‘The Great Prophet-17′”

The two armed drones are only one part of the problem with Iran in the Middle East. Fortunately, the C-RAM defense systems are working properly, and no one was injured. Iranian-backed militias target both US forces and Israeli sites regularly.

Will Biden punish the Iranians for the attempt to target our troops in Baghdad?  I doubt it.