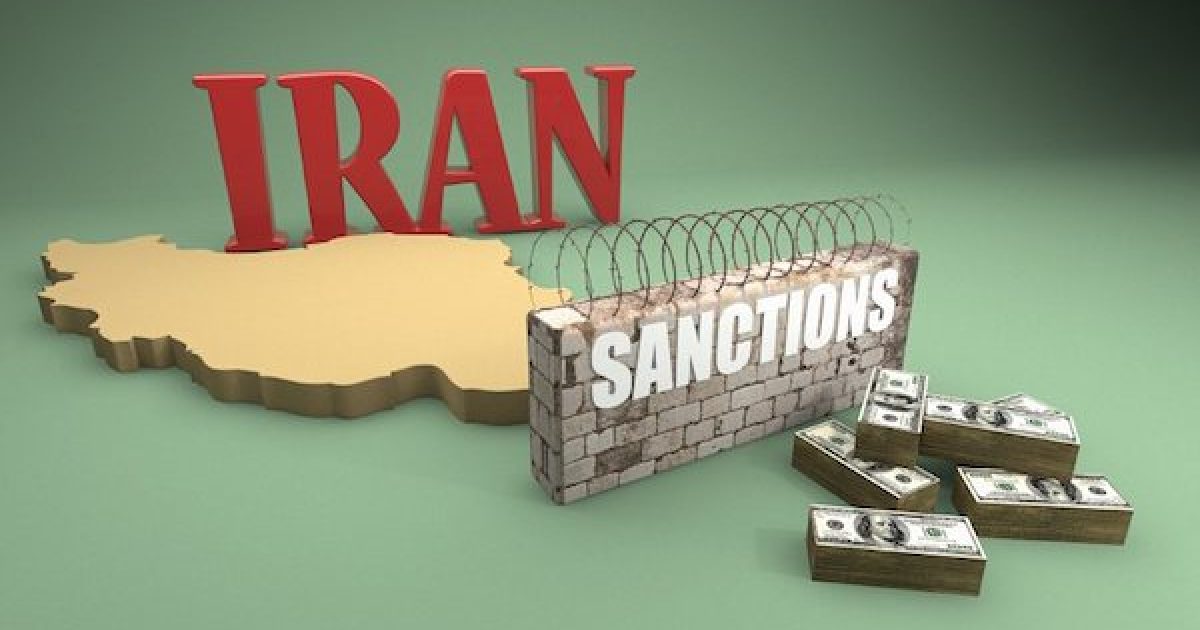 When he announced that the United States was withdrawing from the flawed JCPOA Iran deal, President Trump said there would be two wind-down periods,  90 days and 180 days for business activities in or involving Iran to end. August 6th is the last day of the 90-day period, therefore the White House has announced the reimposition of Iran sanctions beginning at 12:01 am on Tuesday, August 7th.

Today, the United States is taking action to reimpose nuclear-related sanctions with respect to Iran that were lifted in connection with the Joint Comprehensive Plan of Action of July 14, 2015 (the “JCPOA”).  These actions include reimposing sanctions on Iran’s automotive sector and on its trade in gold and precious metals, as well as sanctions related to the Iranian rial. These measures will take effect on August 7, 2018.

All remaining United States nuclear-related sanctions will resume effective November 5, 2018.  These include sanctions targeting Iran’s energy sector, including petroleum-related transactions, as well as transactions by foreign financial institutions with the Central Bank of Iran.

The United States is fully committed to enforcing all of our sanctions, and we will work closely with nations conducting business with Iran to ensure complete compliance.  Individuals or entities that fail to wind down activities with Iran risk severe consequences.

I am pleased that many international firms have already announced their intent to leave the Iranian market, and several countries have indicated that they will reduce or end imports of Iranian crude oil.  We urge all nations to take such steps to make clear that the Iranian regime faces a choice:  either change its threatening, destabilizing behavior and reintegrate with the global economy, or continue down a path of economic isolation.

My actions today – including my signing of an Executive Order entitled “Reimposing Certain Sanctions with Respect to Iran” – are consistent with National Security Presidential Memorandum-11 of May 8, 2018, announcing the withdrawal of the United States from the JCPOA.

The JCPOA, a horrible, one-sided deal, failed to achieve the fundamental objective of blocking all paths to an Iranian nuclear bomb, and it threw a lifeline of cash to a murderous dictatorship that has continued to spread bloodshed, violence, and chaos.

Since the deal was reached, Iran’s aggression has only increased.  The regime has used the windfall of newly accessible funds it received under the JCPOA to build nuclear-capable missiles, fund terrorism, and fuel conflict across the Middle East and beyond.

To this day, Iran threatens the United States and our allies, undermines the international financial system, and supports terrorism and militant proxies around the world.

By exiting the JCPOA, the United States is able to protect its national security by applying maximum economic pressure on the Iranian regime.  To date, my Administration has issued 17 rounds of Iran-related sanctions, designating 145 companies and individuals.  Since my announcement on May 8 withdrawing the United States from the JCPOA, my Administration has sanctioned 38 Iran-related targets in six separate actions.  Reimposition of nuclear-related sanctions through today’s actions further intensifies pressure on Tehran to change its conduct.

As we continue applying maximum economic pressure on the Iranian regime, I remain open to reaching a more comprehensive deal that addresses the full range of the regime’s malign activities, including its ballistic missile program and its support for terrorism.  The United States welcomes the partnership of like-minded nations in these efforts.

The United States continues to stand with the long-suffering Iranian people, who are the rightful heirs to Iran’s rich heritage and the real victims of the regime’s policies.  We look forward to the day when the people of Iran, and all people across the region, can prosper together in safety and peace.

Specifically, on August 7, these sanctions will be reimposed:

At the end of 180 days,  November 5 these additional Iranian businesses will be re-sanctioned

As one would expect the  EU released a statement disagreeing with the U.S. move:

A joint statement from the foreign ministers of Germany, France, the UK and Federica Mogherini, Brussels’ top diplomat, on Monday said the EU “deeply regrets” the White House’s move. ”Preserving the nuclear deal with Iran is a matter of respecting international agreements and a matter of international security,” said the statement.

“We deeply regret the re-imposition of sanctions by the U.S., due to the latter’s withdrawal from the Joint Comprehensive Plan of Action,” the EU’s high representative for foreign affairs, Federica Mogherini, said in the statement, also signed by the foreign ministers Jean-Yves Le Drian of France, Heiko Maas of Germany, and Jeremy Hunt of the United Kingdom.

“The JCPOA is working and delivering on its goal, namely to ensure that the Iranian program remains exclusively peaceful, as confirmed by the International Atomic Energy Agency,” they said.

As inspectors are not allowed to enter Iranian military bases where the nuclear work was done, there is no way to tell that the JCPOA was working.

The EU is taking legislative action, activating a so-called “blocking statute,” in a bid to protect EU businesses from the renewed U.S. sanctions. But it is unclear how effective it will be in calming the fears of companies, many of which have far greater commercial ties to the U.S. than Iran.

A week President Donald Trump said the United States is ready to make a new real deal with Iran. In fact, he would personally sit down with the Iranian president:

“I would certainly meet with Iran if they wanted to meet. I don’t know if they’re ready yet,” Trump said when asked at a White House press conference about a possible meeting with Rouhani.

Trump said he would set “no preconditions,” and, “If they want to meet, I’ll meet, anytime they want.”

Iranian President Hassan Rouhani, meanwhile, has suggested Iran might block the Strait of Hormuz in response to a shutdown of its oil exports. That would not be a good move for the rogue regime.

In the end, the President’s decision to end the JCPOA that restricted the U.S. but not Iran was the correct one. Now let’s see how it plays out.