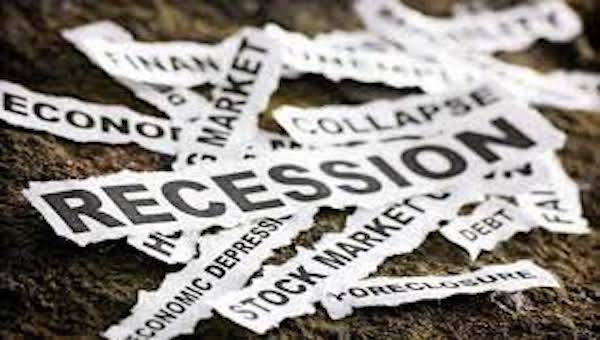 Consumer price inflation and the sagging U.S. economy are weighing heavily in voters’ minds ahead of the U.S. Congressional midterm elections, the latest results of the Economist/YouGov poll shows, with 24 percent rating inflation as the top issue and another 11 percent saying jobs and the economy.

For independents — a critical factor in midterm elections as these are where swings occur among large groups of voters — there is a similar breakdown, where 23 percent say inflation and 11 percent say the economy are the top issues.

Interestingly, even 17 percent of Democrats say inflation is the top issue, and 9 percent say jobs and the economy, pointing towards potential weakness among the incumbent party—usually a recipe for disaster in midterms.

59 percent of voters said the economy is in a recession, including 58 percent of independents. Only 19 percent say there is no recession.

41 percent define the best indicator of a recession as the prices of the goods and services you buy, including 39 percent of independents.

This is very insightful by the American people since, via inflation, they are the first to feel the effects of a downturn as they curtail spending to avert getting crushed by household debt, which skyrockets along with prices as credit cards becomes an object of first resort for many families.

In marginal states like Wisconsin, Florida, Pennsylvania, North Carolina, Georgia, Arizona, and Ohio — all critical in presidential years — independents form whatever majorities occur in elections, according to a 2017 Gallup survey calling the states politically competitive.

A 2014 survey by Pew Research shows similar results, with independents making up sizeable swaths of the electorate in swing states, and might be more reflective of a political midterm cycle favorable to Republicans simply due to being the opposition party that just lost the White House. They’re more fired up, and independents are more likely to embrace opposition, particularly if things are not going well for the country. Incumbents tend to get blamed.

In 2014 the GOP won 247 seats in the House, the party’s high water mark in recent history, building on gains made in prior cycles, including 1994 and 2010. Considering the Democrats’ slim majority, Republicans need only pick up 6 seats to reclaim the House. They have far less ground to make up than they did in 2010.

Today, Republicans have 212 seats. In 2010, when they picked up 63 seats, they only had 179 seats, coming off their dismal 2008 showing with John McCain at the top of the ticket and the economy tanking with a Republican president, as independents banked overwhelmingly for Barack Obama, who won Florida, Ohio, Pennsylvania, North Carolina, and Wisconsin.

Voters consider the “incumbents” to be whoever is in the White House, not necessarily who controls Congress. However, when there is one-party rule as today, it likely weighs very heavily in the minds of independents, who view uninterrupted party control in Washington, D.C., to be usually bad for the country and potentially dangerous to their interests. Ultimately, they prefer a mixed government where neither party has absolute power.

So, just as George W. Bush and the GOP suffered with the 2008 recession, Donald Trump and the GOP in 2020 with the Covid recession, George H.W. Bush with the 1991 recession, and Jimmy Carter with the 1980 recession, the incumbent party can lose in pretty significant ways at the top of the ticket. However, 2020 and 1992 stand out as slight exceptions, as the losing party picked up several seats in the House in the presidential race.

Put another way, these circumstances would favor the opposition party in a typical midterm cycle. Add a recession to the mix, inflation remaining stubbornly high, more turmoil from Europe spilling over into the U.S. financial system, and food and energy shortages that many voters blame on environmentalist policies. These are toxic circumstances for the incumbent party. If Republicans cannot win over independents with favorable conditions, they need new leadership.