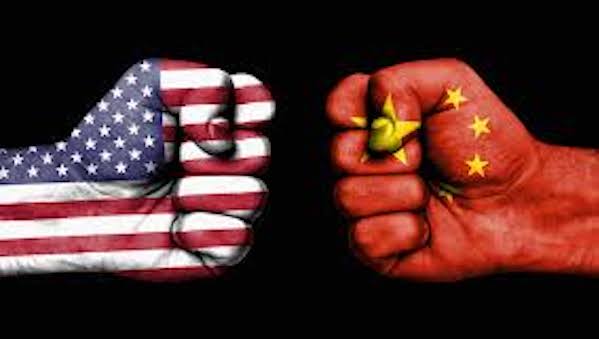 A Grand Jury returned indictments for 5 men, two of whom are or were DHS employees (Department of Homeland Security). They are charged with “perpetrating a transnational repression scheme that targeted U.S. residents whose political views and actions are disfavored by the PRC government.” Three men were charged back in March, and the other two were arrested in June from a superseding indictment.

DHS Employees -one current, one former.

Per U.S. Attorney Breon Peace for the Eastern District of New York.

As alleged, this case involves a multifaceted campaign to silence, harass, discredit and spy on U.S. residents for exercising their freedom of speech – aided by a current federal law enforcement officer and a private investigator who provided confidential information about U.S. residents from a restricted law enforcement database, and when confronted about their improper conduct, lied and destroyed evidence. This office will always work closely with our law enforcement partners to root out corrupt officials in all levels of government and will prosecute those who act on behalf of a hostile foreign state to target the free speech of U.S. residents on American soil.” DHS employee,

Fan “Frank” Liu, 62, of Jericho, New York; Matthew Ziburis, 49, of Oyster Bay, New York; and Qiang “Jason” Sun, 40, of the PRC, and two DHS employees: Craig Miller and Derrick Taylor. Miller is a 15-year employee of the DHS as a deportation officer and operates out of Minneapolis. Taylor is a retired DHS law enforcement agent and currently a private investigator in California. Taylor and Miller are both charged with obstruction of justice for destroying evidence, and Taylor is also charged with making a false statement to the FBI. Jason Sun is still at large and may be back in China.

The indictment states unnamed co-conspirators under Liu hired Taylor to obtain personal identification information on multiple Chinese citizens living in the United States. Prosecutors said Taylor then tasked two DHS officers, including Miller, to obtain passport information and photos as well as flight and immigration records on the targets from a restricted database.

On receiving that information, Taylor then shared it with Liu’s co-conspirators. That information was then used by Liu, Ziburis and Sun to target and harass the U.S. residents, the court document states.

According to the criminal complaint, Miller and Taylor also lied about their actions to the FBI and attempted to destroy evidence.

Prosecutors accuse Miller of deleting text messages he sent Taylor from his smartphone amid interview with the FBI, while Taylor directed an unnamed co-conspirator to not hand over evidence to the U.S. government.

“When interviewed by the FBI, Taylor falsely claimed that he obtained the records in question from a friend who was using the ‘Black Dark Web’ — likely a reference to the dark web,” the Justice Department said.

As we’ve mentioned before, access to law enforcement databases for personal use is prohibited. Miller said that Taylor gave him a gift card for the information. Two DHS employees, current and former, trashed their careers.

“Actions taken by the defendants — two of which are current or former federal law enforcement officers — demonstrate how the PRC seeks to stalk, intimidate and silence those who oppose it. The FBI battles transnational repression because it is an evil in its own right, and an assault on the freedoms of an open society.”

The FBI has targeted mothers who are “citizens of the U.S.” for their “freedom of speech” at school board meetings but vigorously defended Chinese nationals who are residents in the U.S. Yes, the Chinese nationals should be safe from the clutches of the Communist Chinese. They are simply trying to live in a free society. It just isn’t free for our own citizens anymore.