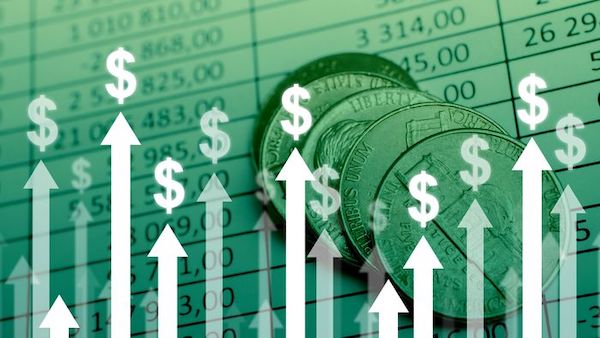 increasing inflation
My wife just came back from a routine grocery store run. She said, “These people are destroying the country.” She wasn’t talking about the store—she was talking about our elite political class that is spending our country into high inflation. And now they are poised to spend even more.

They have just passed a bill touted as something to “reduce inflation,” but critics note it could only increase it.

These days, you can tell that whenever the left wants to deceive their way into passing a bill, they provide an Orwellian name for the exact opposite effect.

This inflation-promoting bill is labeled “the Inflation Reduction Act.” Obamacare, which has proved quite unaffordable for many, was passed as “the Affordable Care Act.” The left tried to pass the “For the People Act,” which would have unconstitutionally taken election control from the states (where the Constitution puts it) and benefitted the politicians already in office.

This new $750 billion bill delivers a wish come true for those who believe that man’s activities can control the weather—in other words, our activities exacerbate climate change.

An article on Breitbart.com notes, “Rep. Jim Banks (R-IN) detailed the 50 most radical policies in the Inflation Reduction Act.” It is a wish list for every leftwing scheme imaginable, including funding abortion at taxpayers’ expense. But it will not do what it is touted to do—reduce inflation.

The article adds, “Banks emphasized that the legislation would not reinvigorate the economy, as the Penn Wharton Budget Model found that the bill would not curb inflation. ‘That’s reason enough to vote against the package,’ Banks remarked.”

Where does all the money for the new spending come from? From we the people. Government has no money of its own. It confiscates it from we, the people.

According to a study from the nonpartisan Joint Committee on Taxation, the Gateway Pundit  reports: “The majority of new revenue from IRS audits and scrutiny will come from those making less than $200,000 a year.”

Furthermore, Ted Cruz notes that this bill will expand the IRS by 87,000 new agents. He adds, “The Democrats are making the IRS bigger than the Pentagon, plus the Department of State, plus the FBI, plus the Border Patrol combined. This is a massive power grab.”

In his 2021 book, Beyond Biden, former Speaker of the House Newt Gingrich explains how there really is an American majority that is not being represented by the left today. For example, Gingrich said that 75% of Americas support income tax cuts, not increases.

The founders of America believed in sound fiscal policy.

Thomas Jefferson once said, “To take from one, because it is thought that his own industry and that of his fathers has acquired too much, in order to spare to others, who, or whose fathers have not exercised equal industry and skill, is to violate arbitrarily the first principle of association, ‘the guarantee to every one of a free exercise of his industry, & the fruits acquired by it.'”

As to government debt, Jefferson once noted: “I place economy among the first and most important virtues, and public debt as the greatest of dangers to be feared. To preserve our independence, we must not let our rulers load us with perpetual debt. If we run into such debts, we must be taxed in our meat and drink, in our necessities and in our comforts, in our labor and in our amusements. If we can prevent the government from wasting the labor of the people under the pretense of caring for them, they will be happy.”

I remember hearing President Ronald Reagan say in 1984 that Congress was spending money like drunken sailors. Then he added that he must apologize to the Navy men because at least the sailors were spending their own money. How much worse in 2022?

The situation is totally out of control when you have debt that gets into the trillions of dollars. Somebody once gave this illustration to help grasp how much a trillion is, say, in comparison with a million:

Reagan once quipped that the closest thing to eternal life on this earth is a government program. Yet this “Reduce Inflation Act” will add more government programs. So the chance of stopping all the reckless government spending is an uphill battle. But it’s a battle worth fighting—for the sake of our country and our children and children’s children.