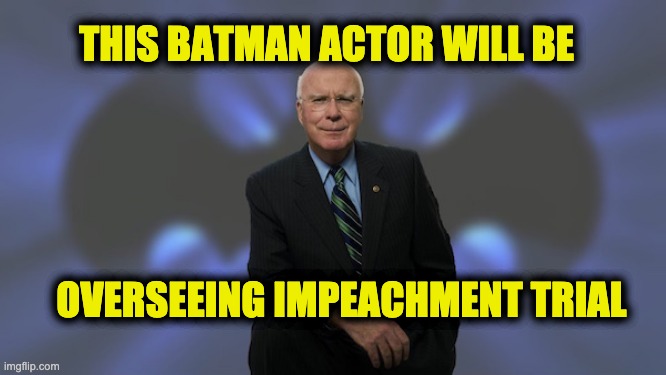 Democrats are hellbent on getting this shampeachment of Donald Trump underway and won’t let little things like precedents, jurisdiction, their own language, or even the Constitution get in the way of their goal. With each passing Democratic party action, this impeachment show trial gets more absurd.

The Democrats desperate to ruin Trump, and the direct victims of the act he is alleged to have incited are asked to adjudicate the guilt of the guy who supposedly wronged them? Welcome to Bizarro World. If 2020 wasn’t crazy enough for ya, welcome to 2021.

Maybe you heard that slogan popularized in the Vietnam Era (borrowed from an old poem whose meaning they completely reversed) that asked, “what if they threw a war and nobody showed up?”

Well, some Vietnam-Era Democrat politicians are now facing a similar question on their own impeachment debacle. They threw an impeachment, and the cowardly Chief Justice isn’t interested in showing up because it may hurt his image.

The Senate is bringing forward an impeachment trial to boot a president out of office–who is already out of office.

As a work-around, Democrats are going to try him as a private citizen. (Whether a Senate has ANY lawful jurisdiction to make a ruling against ANY private citizen whatsoever remains an open constitutional question.)

Ladies and Gentleman, here comes the Second-Annual Impeachment Proceedings.  This time we have a special guy overseeing the shenanigans:

An old fart who may be more memorable for being in five Batman movies than for his actual accomplishments in a lifetime in elected office. 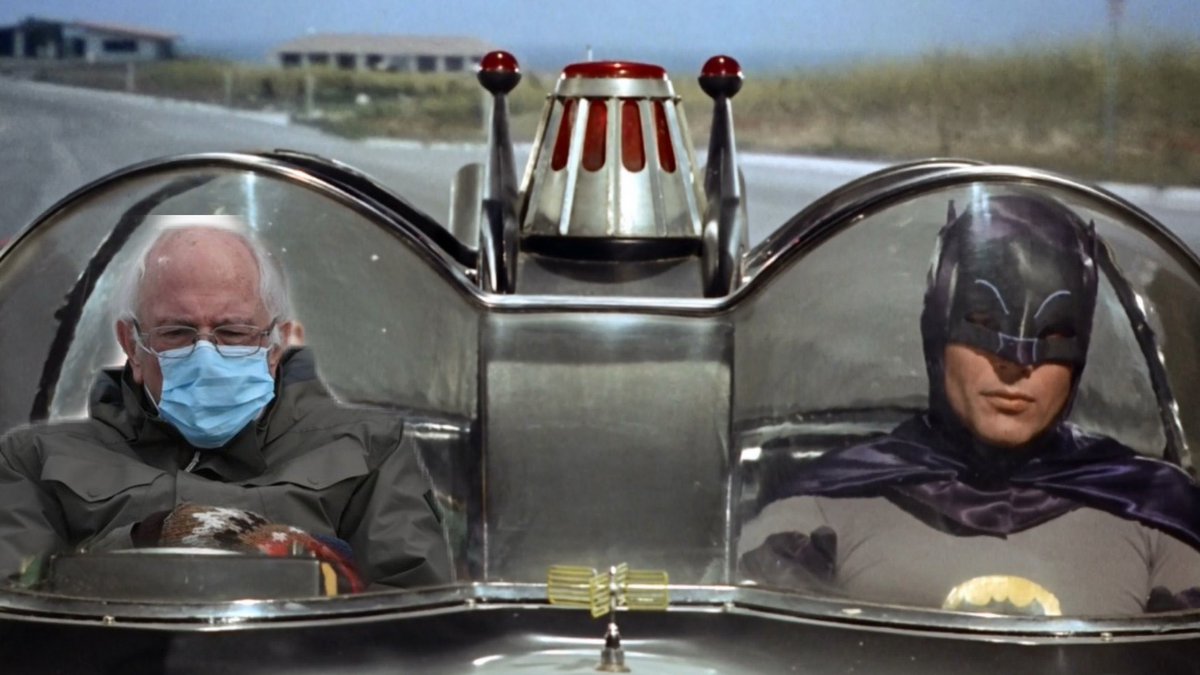 No, not that old fart…this one was really in Batman movies. 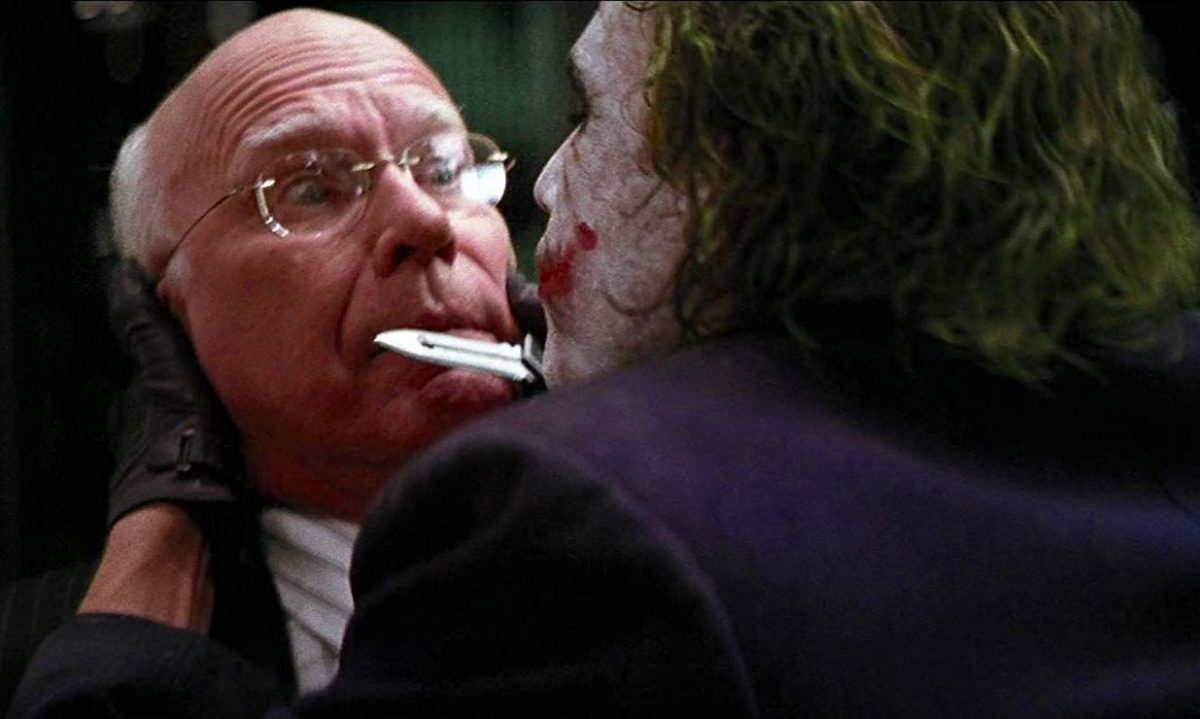 Democrat Patrick Leahy, the Senate’s longest-serving member, said on Monday he would preside over the trial.

Although the Constitution calls on the U.S. chief justice to preside over presidential impeachments, a senator presides when the impeached is not the current president, a Senate source said. First elected to the chamber in 1974, Leahy, 80, holds the title of Senate president pro tempore.

There’s another bizarre quality to this ‘impeachment’ in which the language of the actual charge brought against the defendant is actually self-refuting. (Hugh Hewitt raised this point.)

See if you can spot the issue.

— ‘…against Donald John Trump, President of the United States…’

— ‘…Resolved, that Donald John Trump, President of the United States is impeached for…’

— ‘…against Donald John Trump, President of the United States of America …’

— ‘…and that the President “shall be removed from Office on Impeachment for, and Conviction of…’

— … President Trump, by such conduct, has demonstrated that he will remain a threat to national security, democracy, and the Constitution if allowed to remain in office …

— President Trump thus warrants impeachment and trial, removal from office, and disqualification to hold and enjoy any office of honor, trust, or profit under the United States.

The problem his accusers now face is the very thing they claim Trump was preventing.

Donald Trump…… used the very same legal avenues that have been used by Democrats for election cycles past counting, objecting to the result of one or another aspect of the election, contesting the results legally, and constitutionally as per provisions of the Constitution itself, using methods used unsuccessfully by none other than Nancy Pelosi. Through nonviolent public lamenting, not unlike what Stacey Abrams and Hillary Clinton and defenders of Al Gore do to this very day, Trump exhausted his final legal avenue of dissent and proceeded in an orderly fashion to cooperate with the transition of power.

As a Result…Donald Trump today is not the same person or legal entity that he was on the days those articles of Impeachment were first drafted.

Their contentions lie with the 45th President of the United States, not Donald Trump, the private citizen. He is no longer President Donald Trump. Therefore, they are impeaching someone who no longer exists.

They may have been within their Constitutional (if perhaps not moral) rights to bring this bogus allegation against the 45th President while such a person still sat in the Oval Office, but that man is no longer available to face the charges brought against him.

As talking heads were so fond of saying in early January of 2017, ‘there is only one President at a time,’ the same is no less true today.

Their grievance is with a President. One they allege has been a ‘threat,’ and I quote here ‘if allowed to remain in office.’

But that ship has already sailed, hasn’t it? As he is no longer in office, therefore, he cannot be considered a ‘threat.’  the issue is moot.

But Democrats might want to be careful how they proceed. Between this and various attempts to throw around the Fourteenth Amendment, their full-court press to finally and forever disqualify Trump could backfire spectacularly.

Several members of Congress have looked into a little-known amendment that could exclude President Trump from office: The 14th Amendment.

“The 14th amendment is the big post-Civil War amendment,” he said. “Section Three is the part we are concerned with. It says, the short version is, anyone who participates in an insurrection is ineligible for state or federal office.”

According to Dr. Graber, there’s no trial just a simple question to Congress:

“It’s for Congress to determine whether there was an insurrection and whether somebody participated.”

Both chambers of Congress would then vote to invoke Section Three of the 14th amendment.

Here’s the key: An impeachment conviction requires two-thirds of the Senate would have to vote for conviction. Section Three of the 14th amendment only requires a simple majority vote.

It’s nice to hear that some Democrats actually read the Constitution. But the third section of the 14th Amendment does not prevent a President who was removed from office from running again–it purposely leaves out a president. Read it yourself:

No person shall be a Senator or Representative in Congress, or elector of President and Vice President, or hold any office, civil or military, under the United States, or under any State, who, having previously taken an oath, as a member of Congress, or as an officer of the United States, or as a member of any State legislature, or as an executive or judicial officer of any State, to support the Constitution of the United States, shall have engaged in insurrection or rebellion against the same, or given aid or comfort to the enemies thereof. But Congress may by a vote of two-thirds of each House, remove such disability.

An attempt to bring up the 14th Amendment might have dangerous unforeseen results for Democrats on top of the ones coming out of the shampeachement.  After all, how many Democrats have been openly supportive (and slow in denouncing) even the more violent members of riots in the past few years?

Some in the reBama administration of Joe Biden defended the violent mob rioters attacking U.S. cities during the summer of 2020. And a party leader deliberately characterized law enforcement (some who were injured ) as being ‘Stormtroopers. Are they sure they want to go down this road? It may get real ugly in a hurry, and they cannot be certain to win.