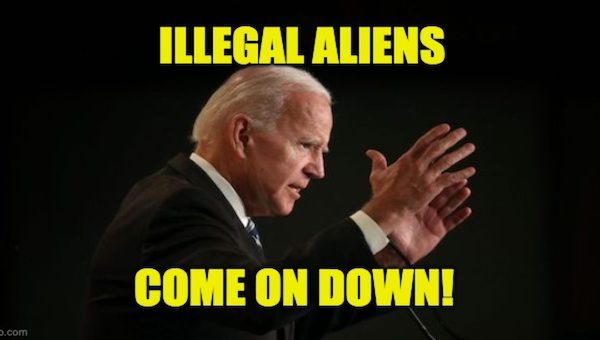 Joe Biden’s rise to the presidency was advertised by the left as a return to “normalcy” and a reemergence of the status quo in Washington DC.  They believed that all Biden would need to do is reinforce the idea that he was not Donald Trump, which would motivate voters.

The idea that Democratic voters would be so gullible is nothing new, but what is shocking is just how poorly Biden is now performing in national polling after taking the job.

The Washington Post revealed Saturday only “33 percent of Americans say they approve of how he is handling” illegal immigration on the southern border. Among Democrats, only 63 percent approve of his handling of immigration.

Part of the Democratic Party number may be party loyalty because if party affiliation is switched with left vs. right leanings, only 52% of liberals back Biden on immigration and the disapprove percentage jumps from 19% of Dems to 29% of liberals.

What the numbers may show is that Americans aren’t as stupid as the Democrats believe we are.

The Post also indicated only 38 percent of Americans approve of Biden’s handling of crime, while 48 percent disapprove and just as with immigration. 74% of Democrats approve but 55% of liberals. As liberals are a key part of the party’s base the difference must worry party bosses.

This is perhaps why Joe Biden has been so intently focused on rehashing his work on the coronavirus pandemic (which itself was just a continuation of Donald Trump’s efforts).

Given just how poorly Biden is doing on these other issues, this comes as no surprise.

But Biden’s hyper-focus on the pandemic does not hide the evidence illegal border crossings are up nearly 700 percent from last May, while crime is surging in Democrat run cities amid calls to defund police.

Gee, if Biden’s numbers on these issues continue to tank, the Democrats may cite the 25th Amendment and replace him with KacklingKamala sooner than we expected.