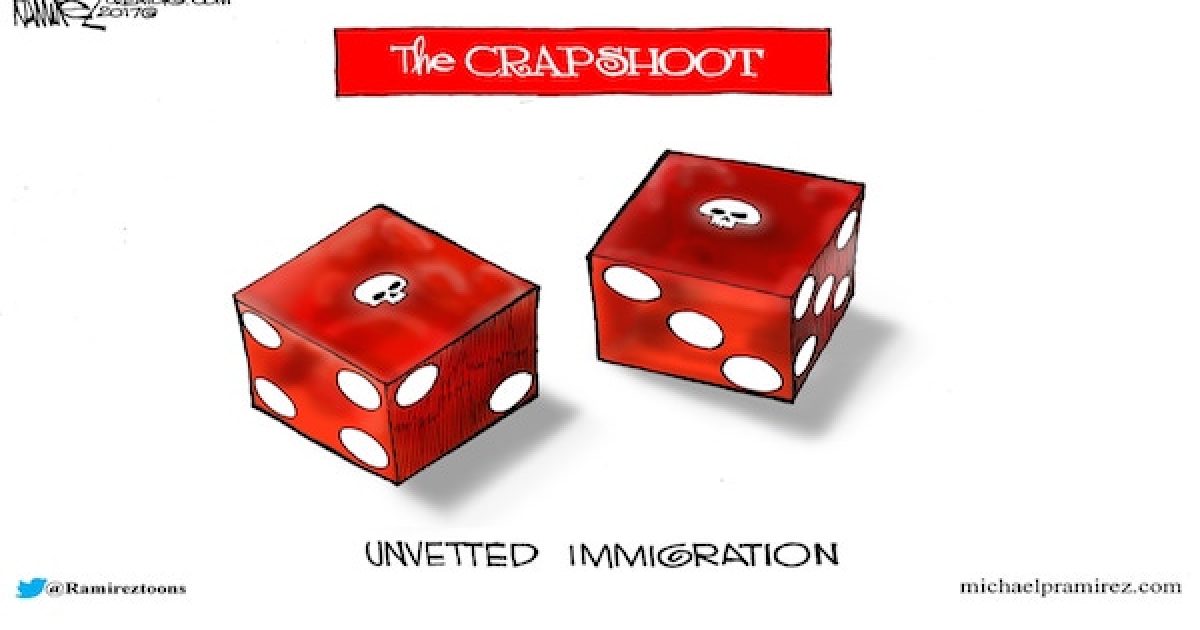 In July 2016 the immigrant population (foreign-born immigrants both legal and illegal) hit a record high of 43.7 million, by September of 2017 that number had climbed to a likely 45.6 million and there is no end in sight to the rising number. The rate of immigration into American is too high.

This is not to say that the problem with the latest figures or some of the other facts borne out in this study is an “immigration” problem. The United States has always been a land of immigration, and we welcome the opportunity to integrate people from all over the world into our culture. No, the problem has more to do with who is migrating and how they are integrating into the population. In the past migrants from the world over have flocked to America as a land of opportunity and a place where they could establish a new home for future generations. As such, the best and the brightest from all over the world came here and worked hard to integrate into American society. Today, this no longer seems to be the case.

Yes, the United States is a nation of immigrants. And to be honest I am not against immigrants, per se, or any group of immigrants. Heck, my grandparents were immigrants. But how much is enough? When does the number of immigrants become a national security threat?

It’s really a question of how many background checks, how many investigations into their family history and associations, how many many can be interviewed to determine why they want to come to America. In other words how many people can be allowed into the country and still be assured that those people are being vetted? As for terrorists, well there are potential terrorists in Europe, Asia and other countries outside the US. Our DHS needs to check each person coming into the country, and these days our immigration to high to be able to fully vet all the immigrants.

The real question is can we really screen that amount of immigrants coming in the country. Is the immigrant population growing so fast that they cannot be vetted. Let’s compare the above chart to historical numbers. The chart below is based on immigration figures by the Census for ten year periods:

For the future of our children and grandchildren, we need to urge our leaders to cut all immigration way back.

The most recent findings show that the number of immigrants (legal and illegal) from the Middle East, Latin American countries other than Mexico, Asia, and Sub-Saharan Africa are on the rise, but the number from places, such as Mexico, Europe, and Canada, are stagnant or have even declined. Such a disparity should send warning signals throughout the nation.

The cultures now sending migrants to our borders are not looking to integrate, they are simply looking to shift their culture from one end of the world to the other. And because they are coming in so fast we cannot vet them for intentions and their desire to become ‘Americans.”

Just a few of the findings in the new data (you can see the source material for this data here):