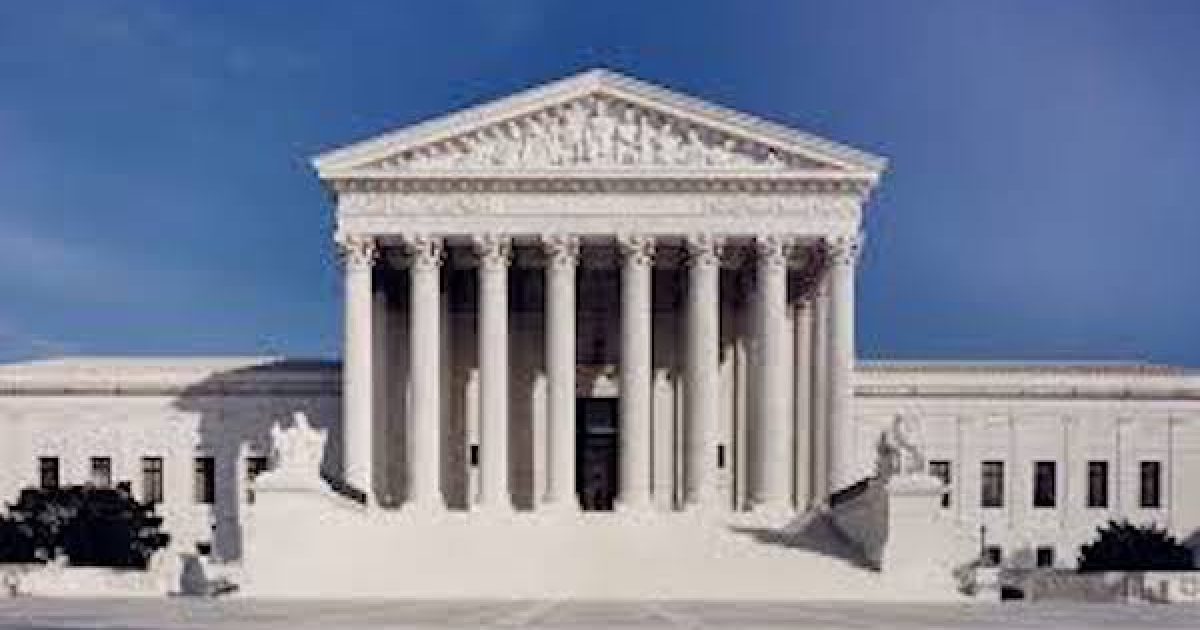 The U.S. Supreme Court granted President Trump a huge victory in his battle to stop illegal immigration. The Supremes voided a lower court order blocking the administration from enforcing the new rule under which migrants arriving at the southern border are ineligible for asylum unless they have first sought refugee status in one of the countries they traveled through on their way to the US/Mexico border.

The administration’s new policy was first issued on July 15th, about five minutes later the ACLU sued to block its enforcement and to ultimately have it overturned.  On July 24th a district judge in San Francisco granted the ACLU’s wish to stop implementation while the courts reviewed the new rule itself, issuing a nationwide injunction to block enforcement. A few weeks later on August 18th the 9th Circuit Court of Appeals surprisingly narrowed the injunction from national to only the states covered by the 9th Circuit.   On September 9th “U.S. District Judge Jon S. Tigar in Oakland said in a 14-page order that blocking the rules across the U.S. was the only practical way to proceed while the asylum restrictions are challenged in court.”

Two days later, the Supreme Court came through and voided both the July 24 and September 9 injunctions against Trump administration rule barring asylum from those who didn’t first apply in a “third country.” They allowed the new rule to go into effect on a nationwide basis pending the resolution of the ACLU’s lawsuit, and government appeals to the 9th Circuit and if they lose there to the Supreme Court itself.  The only dissenters were Justice Sonia Sotomayor and Justice Ruth Bader Ginsburg.

Understand, however, the ruling does not mean seven of the Justices approve of the Administration’s rule. They might have blocked the injunctions because they disagreed with one district court judge stopping enforcement for the entire country.

Below is a copy of the Supreme Court’s injunction against the lower court injunctions. 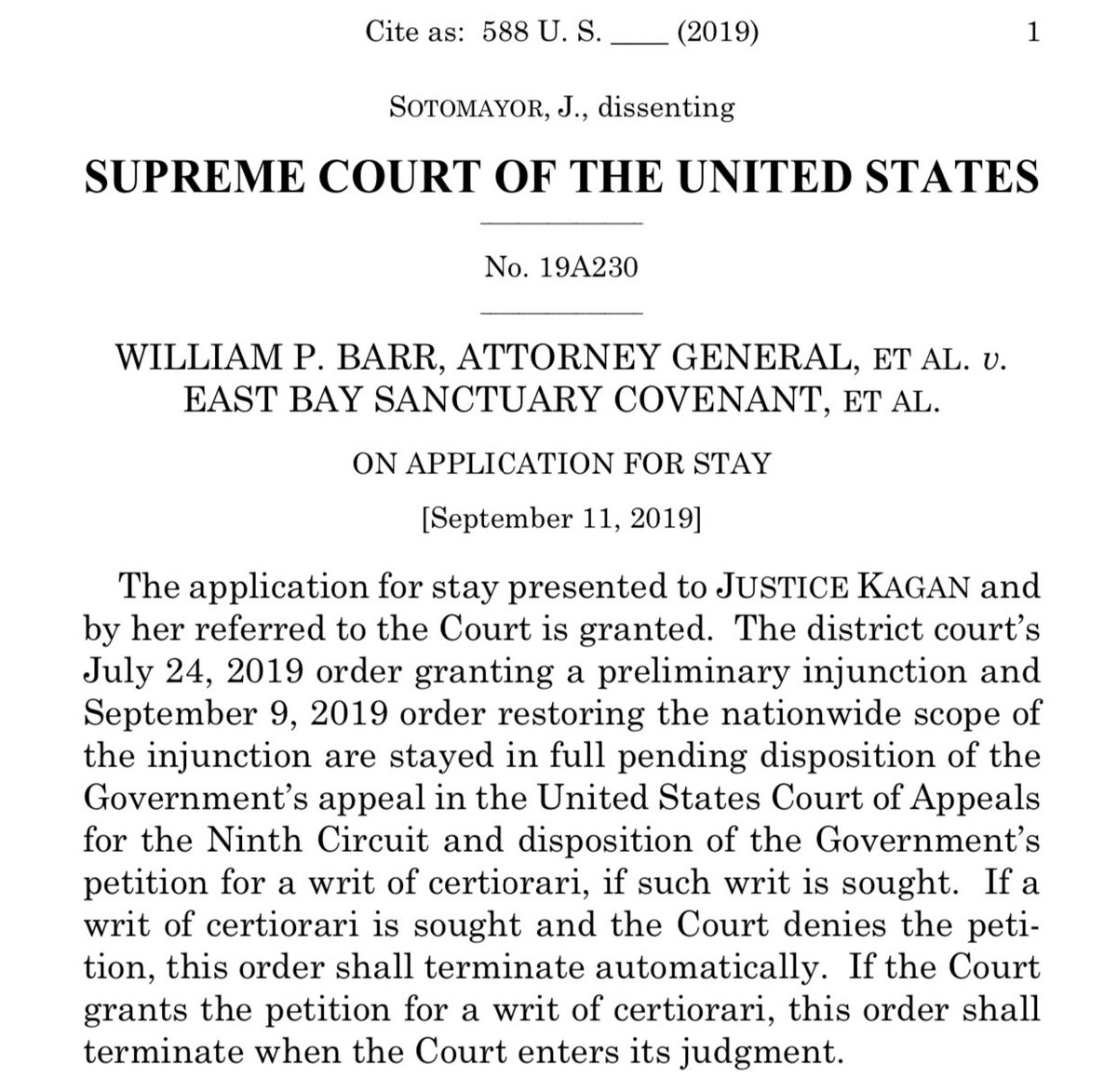