GOP Lawmakers Furious, Thousands Of Illegals Bussed Into Tennessee In Middle Of Night 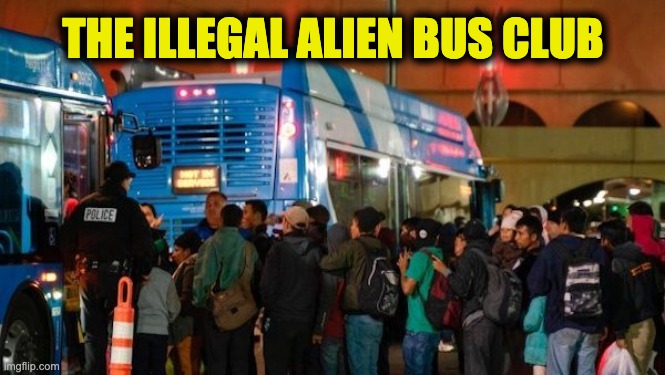 Republican lawmakers in Tennessee are furious that Biden has been shipping thousands of illegal aliens into their state using the overnight hours as cover to hide his actions, and they want these shipments stopped. illegals bussed into Tennessee

Biden has been flying and busing tens of thousands of illegals into the country’s interior from his border facilities since February. He is dropping them off inside many of our cities and towns without notice or explanation.

But news broke on Wednesday that Biden has been bringing boatloads of illegals into Chattanooga and just releasing them to go and do whatever they want, without jobs, without food, without places to stay. He is also shipping thousands of illegal, unaccompanied minors into these cities, and he is doing it in the middle of the night, hoping that no one catches him at it.

Sen. Marsha Blackburn, for one, was furious at the middle-of-the-night scheme.

“It is absolutely unacceptable if the Biden Administration is facilitating a mass migration under cover of darkness without any input or oversight from Tennesseans and the affected communities,” she tweeted on Wednesday.

It is absolutely unacceptable if the Biden Administration is facilitating a mass migration under cover of darkness without any input or oversight from Tennesseans and the affected communities.https://t.co/e2LKVvOa8e

Sen. Bill Hagerty added, “I have warned for months that President Biden’s failure at the border would result in a systematic resettling of migrants in our communities, burdening our schools, hospitals, and law enforcement agencies, and bringing an increase in drug trafficking and human smuggling.”

A source inside the government noted that the flights were originally landing in Dallas, Texas. Still, they began drawing too much attention, so Biden has been fanning the flights out to other southern states to avoid detection.

Tennessee Governor Bill Lee recently pointed out that this secret illegal dumping occurs in every state and affects the whole country, not just his state.

The crisis at our border is too big to ignore, and it's spilling into ALL of our states. I have led a joint letter with fellow Republican governors urging the Biden Administration to take immediate action at America's southern border. pic.twitter.com/9Igedxj9qr

Gov. Lee also noted that the state told the feds NOT to dump illegals in Tennessee and formally refused to participate in the dumping program… and yet Biden is doing it anyway, ignoring what the people of Tennessee said they want.