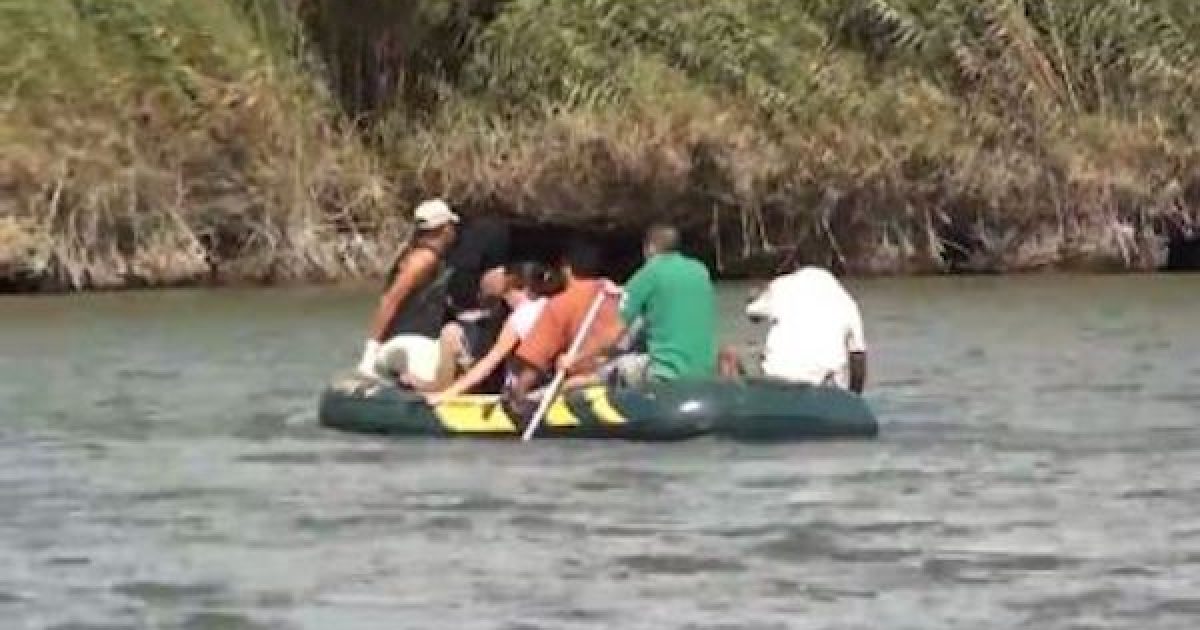 It’s a standard liberal talking point, illegal aliens commit fewer crimes than American citizens. National numbers comparing crime statistics for illegal aliens vs Amerian citizens or legal immigrants who are not citizens are not recorded by the federal government to anyone who makes that claim is not being honest. After the President’s border security speech new Congresswoman,  Alexandra Ocasio-Cortez accused the President of lying and said. “Immigrants commit crimes at a far lower rate than native-born Americans.” Based on what’s available the I.Q.-challenged Congresswomen was not being true.

Even without the data being available it’s logical to suppose that in absolute numbers, illegal aliens do commit fewer crimes than citizens. After all, there are many more American citizens than there are illegal aliens.

Some states do record immigration status, and it is done in cooperation with the Department of Homeland Security for those states who share their illegal immigrant crime data with the federal government.. For example Texas:

The Department of Public Safety and local law enforcement agencies in Texas participate in the Department of Homeland Security’s (DHS) Priority Enforcement Program (PEP).  Participation in PEP enables DHS to work with state and local law enforcement to take custody of individuals who pose a danger to public safety before those individuals are released into our communities.  In Texas, PEP begins at the local level when an individual is arrested and booked by a Texas law enforcement officer for a criminal violation of Texas law.  The arrested individual’s fingerprints are submitted to the Texas DPS and subsequently to the FBI for criminal history and warrant checks. This same biometric data is also sent to DHS’ IDENT database so that ICE can determine the person’s immigration status and whether the individual is a priority for removal, consistent with the DHS enforcement priorities.  The immigration status information is returned to DPS by DHS.  The following report is based upon the status indicators provided to the DPS.  For the purposes of this report, the term “criminal alien” refers to an individual who has been identified as an alien by DHS and who has been arrested for a state criminal offense, typically a Misdemeanor B or higher, committed in Texas.

Because individuals identified as being illegally present in the country may have had a Texas criminal history before their immigration status was being known to law enforcement, DPS has traditionally published criminal history data for an illegal alien’s entire criminal history. The chart below combines the numbers for criminals who were known to be illegal immigrants before they were convicted and those whose immigration status was unknown till after they were incarcerated. Total convictions represent all crimes committed by illegal aliens not only the crimes on the chart. 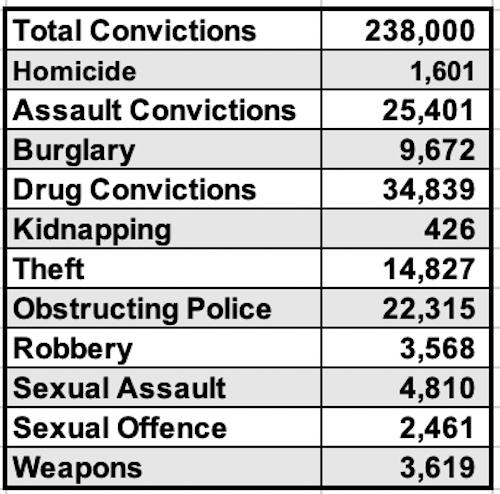 Sadly those are gross numbers, and Texas doesn’t offer similar data for all criminals who are legal immigrants or total American citizens. However, anyone who tells you they can make that comparison either in Texas or nationally are not being honest.

But even though the comparison is not available, the above numbers are all crimes that would not have happened, or at the very least would be significantly reduced if the U.S borders were secured and illegal immigrants were not permitted into the country. Ice officials, the people on the ground, tell us that barriers work.  Therefore the thousands of people in Texas of who might not have been raped, killed, or become drug addicts if there was a wall or fence on our border can thank liberals and Democrats for their victimhood.

Keep in mind the numbers outlined are just for Texas, just imagine how high they would be if the remaining 91.33% of the US population were included.