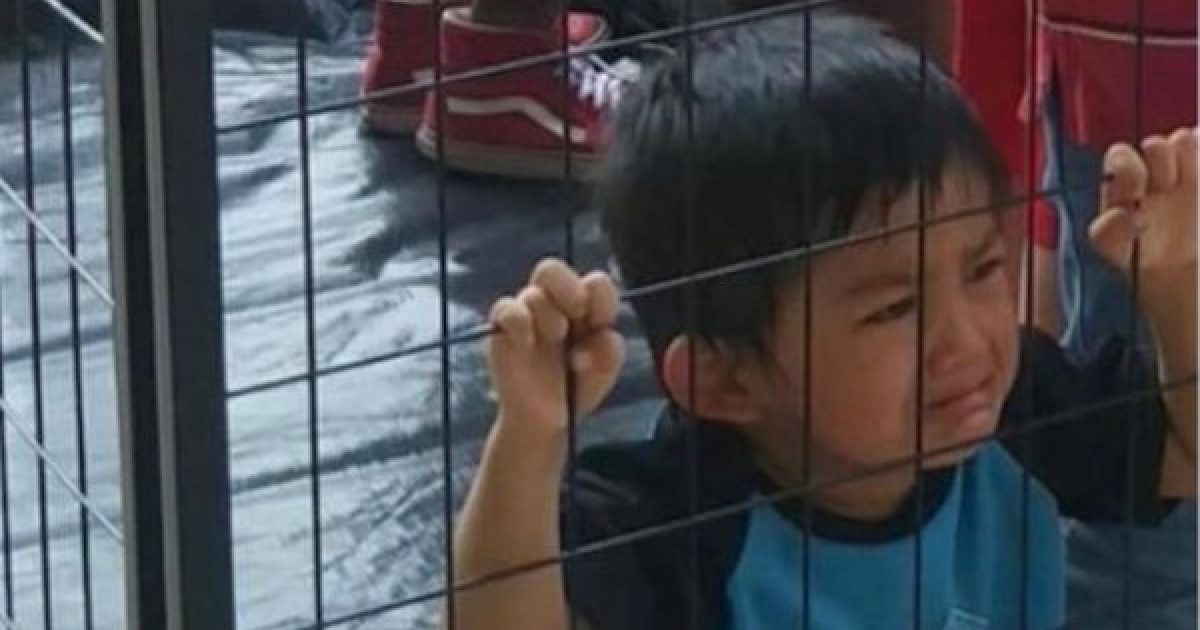 You would think these illegal immigrant activists would learn their lesson.

After unsuccessfully trying to paint President Trump as a tyrant by sharing images of illegal children locked up in cages, only to learn that the images were from 2014 under Barack Obama, the fake news propagandists are back at it.

Jose Antonio Vargas, himself an illegal immigrant who has gained notoriety in the field of left-wing journalism, shared another heartbreaking photo of a crying child holding onto the walls of a cage. The caption was clearly designed to imply this is occurring right now, under the current government.

“This is what happens when a government believes people are ‘illegal,’” Vargas wrote. “Kids in cages.”

This is what happens when a government believes people are “illegal.”

Followers quickly asked for some context to the image, perhaps a date or description.

“Can I have a source for this picture?” one reader asked. “I would like to share it on FB but I know conservatives will say it’s fake if I don’t quote a source.”

Still trying to find a source for this photo. Saw it on a FB friend’s timeline but looking for confirmation. Has anyone seen it elsewhere?

Vargas was unable to provide any details, but assured people that he had witnessed this travesty himself (in 2014) and that he is always “careful about what I share.”

Since he saw it happen under Obama, he knew it had to be real today.

I’m careful about what I share. When I was detained and jailed in 2014, I was put in the same cell as boys ages 5 to 14. I saw images like these in person. What haunted me most were their shoes: how long they had to travel. It was true then, it’s true now.

Having no context didn’t sway other liberals from sharing the image.

Even actor Ron Perlman joined in the outrage, sharing it and blaming the President and other Republican leaders.

Trump, Sessions, McConnell, Ryan, this is on YOU! pic.twitter.com/VR5m70eWsC

But the truth finally came out:

That viral photo of the boy in a cage is from a “For The Children” rally/protest in Dallas on Sunday. pic.twitter.com/G2AACO854N

As explained in the left wing skewing Snopes

The photograph was taken on 10 June 2018, but it did not show a child confined by immigration authorities to a cage. Rather, it was snapped during a protest staged in front of Dallas City Hall to call attention to the Trump administration’s practice of separating families and confining undocumented children. Different photographs of the event document that the same child was standing a mocked-up “cage” open at the top, and several commenters noted that the boy was crying not because he was confined, but because he saw his mother outside the pen and could not immediately figure out how to get to her.

Even fellow illegal immigrant activists were outraged that Vargas had shared the fake image.

“This isn’t how we win Trump’s war against journalists or immigrants for that matter,” one viewer wrote.

So it wasn’t the government. And the original post insinuated that it was. This isn’t how we win Trump’s war against journalists, or immigrants for that matter.

Vargas, naturally, has left the image up so that other like-minded liberals might see it, avoid researching or looking for context, and honestly go on believing Trump is locking kids up in cages.

But hey, this ‘journalist’ is perfectly content with breaking laws and engaging in identity theft – whats another lie?