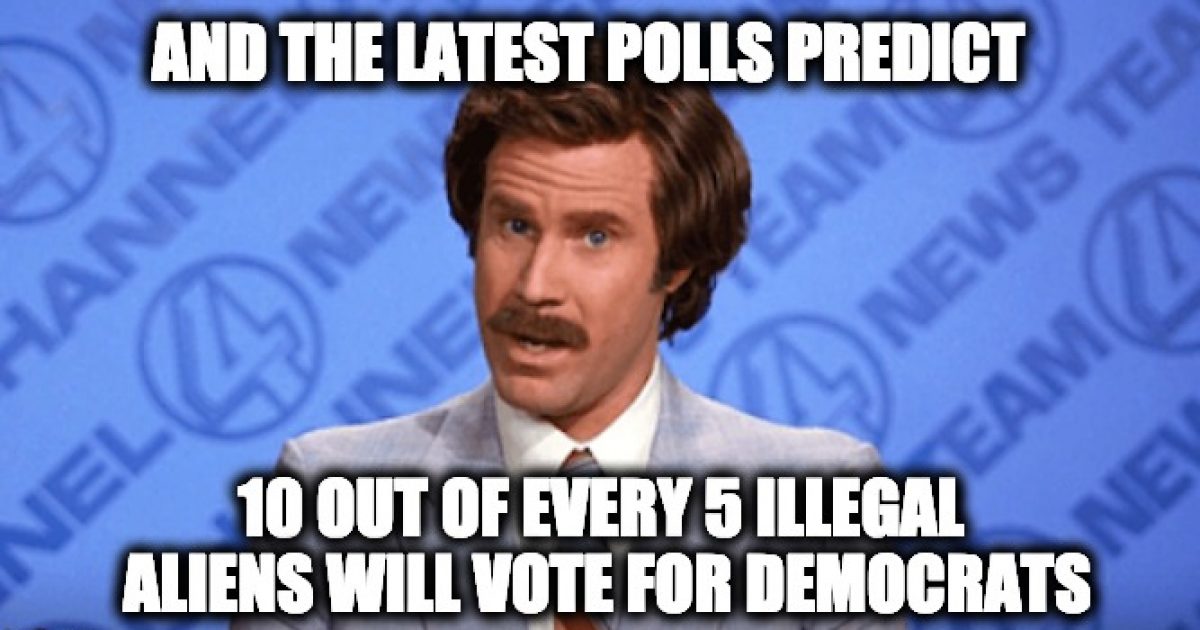 What we knew all along has been spoken out loud by Speaker of the House Nancy Pelosi: “We shouldn’t be suppressing the votes of  newcomers to America.” Way to rename illegals as “newcomers.” On Friday, House Democrats voted against a motion that would have condemned illegal voting.

And there it is folks. What we all knew but no one would say. It’s only about votes for Democrats.

Speaker Pelosi: We Should Not Be ‘Suppressing the Vote of Our Newcomers to America’ https://t.co/XFBUfNlLDs

What happened to the Democrat party that this is what they need to push to win? What does this do for Americans?

The Republicans members added a motion to HR 1, the “For the People Act,” that would have condemned illegal voting- but we all know that Democrats want to keep their power and illegals tend to vote Democrat. Consequently, the Democrats blocked the motion.

197-228: House defeats GOP MTR to HR1 on near party line vote expressing the sense of Congress that allowing illegal immigrants the right to vote devalues the franchise and diminishes the voting power of United States citizens. 6 Democrats voted Yes and 1 Republican voted No. pic.twitter.com/xmbQsvNslZ

The six Democrats who voted for a sense of Congress that illegal immigrants should not be allowed to vote and the one Republican who did not.https://t.co/5m0GHxRVex pic.twitter.com/InqgbJ5v1J

Nancy Pelosi is fond of quoting Ronald Reagan on his treatise about immigrants – only she fails to note that he was talking about LEGAL immigrants, not illegal ones. Facts don’t matter to manipulative Democrats.

Federal law already prohibits non-citizens from voting in elections for federal office. But the GOP motion referenced how San Francisco is allowing non-citizens, including illegal immigrants, to register to vote in school board elections.

The motion was voted down 228-197. All but six Democrats in the House voted against it. Just one Republican opposed it.

Lauren Fine, a spokeswoman for House GOP Whip Steve Scalise, pointed out that an identical resolution was adopted by the House last September. But on Friday, 41 Democrats flipped to oppose the latest measure.

Democrats finally passed HR 1 on Friday, but the bill is dead on arrival in the Senate.

Even the ACLU is against the bill as it is written because they say it “unconstitutionally infringes” on free speech. The bill institutes public financing of congressional campaigns, requires presidential candidates to disclose tax returns (obviously aimed at Trump) and makes Election Day a federal holiday.  But the bill also includes the “Disclose Act” which the ACLU believes goes too far in requiring all organizations that spend money on elections to disclose donors.

Monkeypox or Monkeybutt: The Latest on the Next Scamdemic
The Black Sphere