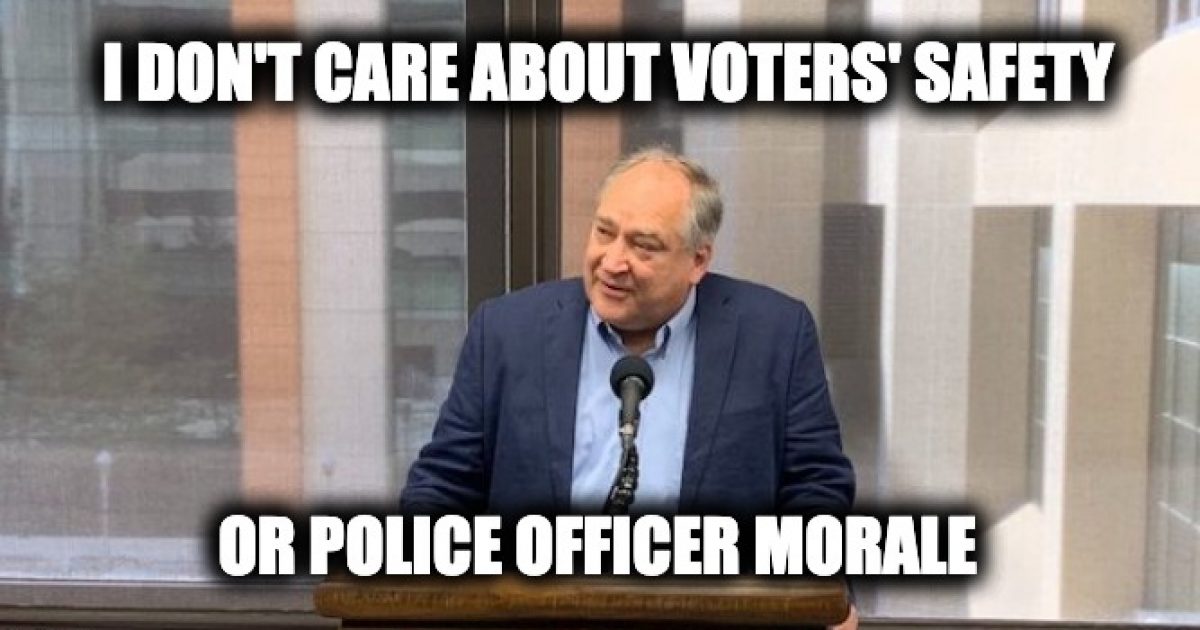 Nothing makes a leftist back down faster than when their policies directly lead to crimes. And sadly it took illegal aliens to be arrested and charged with serial rapes, for Montgomery County, a “sanctuary” county in Maryland to begin rolling back its rules preventing police from cooperating with federal immigration officials.  After a wave of rapes by Illegal aliens Montgomery County, Maryland, Executive Marc Elrich, was forced to start altering his previous rules anti-ICE rules that prevented the county’s police officers from reporting illegal aliens to federal authorities. If Elrich’s name sounds familiar, its because he was the guy who forced the police Dept. to take down the thin blue line flag. illegal alien rapes

On Monday, Elrich took action to roll back at least one of the former restrictions meant to shield illegal alien criminals from federal authorities, according to ABC 7 News.

While Elrich didn’t totally remove his order, but the new regulation is a step forward:

NEW: Three months after MoCo Exec. Marc Elrich banned ICE from secure portions of the jail, Elrich has quietly reversed his policy, in part. ICE is now allowed in “identified areas” of the jail to “ensure that transfers are conducted in a safe environment,” a spokesman told me.

MORE: That cooperation mandates ICE submit an immigration detainer and arrive at the jail prior to the defendant’s release time. Should ICE fail to submit the proper paperwork or get caught in traffic, MoCo will continue to free undocumented immigrants regardless of the charge.

MORE: That cooperation mandates ICE submit an immigration detainer and arrive at the jail prior to the defendant's release time.

Should ICE fail to submit the proper paperwork or get caught in traffic, MoCo will continue to free undocumented immigrants regardless of the charge. pic.twitter.com/6n1q9D2FI2

But Elrich has since become a reviled figure for his left-wing policies after one illegal alien after another was arrested for serial rapes, sometimes of little girls. Over the last several months, at least nine illegals have been arrested and charged with serial rapes. For example

Prosecutors dropped all counts in that case for unspecified reasons.

Adebusuyi had been employed as a ride-share driver up until his most recent arrest. pic.twitter.com/8rsBrEV1ga

Clearly, sanctuary policies put citizens in danger. Part of the problem is that County Executive Marc Elrich simple does not like law enforcement officers. When a police precinct was given a wooden Thin Blue Line Flag on First Responder day, Elrich made the cops take it down.

Thank you to resident James Shelton, who presented Montgomery County 5th District officers with a wooden American Flag that he had made in recognition of National First Responders Day. The flag will be displayed in the 5th District Station. pic.twitter.com/kbAI32xHkY

Elrich had released a statement saying in part, “the flag provides a symbol of support to some, but it is a symbol of dismissiveness to others. Because it is divisive, the flag will not be posted at the 5th district nor in any public space within the Police Department.”

When Elrich runs for re-election in 2022, I sure hope Montgomery residents remember his lack of concern for their safety.