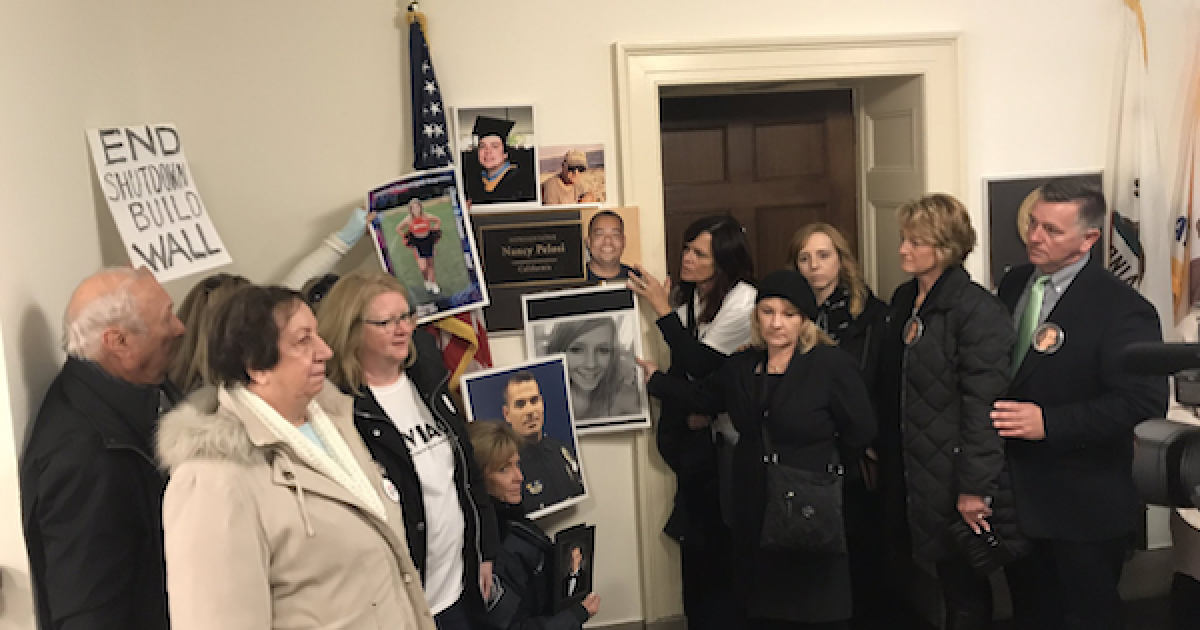 Pelosi refused to meet with the families of these victims which was no surprise. Just last week Pelosi said

But to the Angel families, Pelosi claimed she was just too busy.

At @SpeakerPelosi office asking for a meeting for Angel Families. She was too busy to meet with them. #AngelFamilies #AngelMoms pic.twitter.com/EMacVERuBu

Obviously, the people who lost loved ones at the hands of illegal aliens don’t believe their loved ones’ deaths were anecdotal the Daily Wire reported:

The families gathered in front of the U.S. Capitol Building with Reps. Mo Brooks (R-AL), Louie Gohmert (R-TX), Matt Gaetz (R-FL), Women for Trump, and others to “put faces to the statistics of Americans killed or injured due to illegal aliens and the drugs that flow in the U.S. at the southern border.”

After the gathering, the families went to Pelosi’s office where they chanted “build the wall.”

American families who have been impacted by crimes committed by illegal aliens storm Nancy Pelosi's office and demand that she "build the wall" pic.twitter.com/MXbOZsxVOH

Nancy Pelosi won’t meet with the Angel families because she is afraid she will care. Pelosi knows these families are right but she doesn’t know what to say to them. After all, just like her buddy Chuck Schumer over at the Senate, Speaker of the House Pelosi believes that hating president Trump, and loving her political party, take priority over the security needs of the United States, and the valid opinions of people who lost loved ones because of the Democratic Party’s negligence.

The below is another video of the protest, this one from Women Vote Trump

In Nancy Pelosi’s office. She won’t meet with us… Speaker of the House Nancy Pelosi(202) 225-4965 #thebordermatters