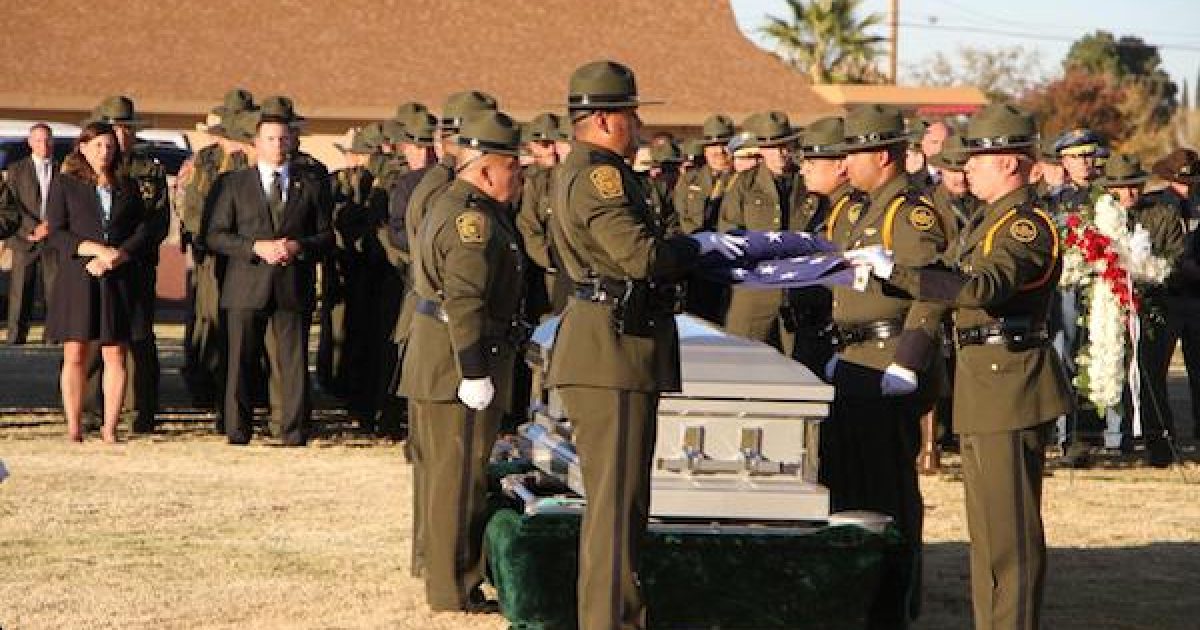 U.S. Customs and Border Protection (CBP) reported Wednesday that an illegal immigrant pelted rocks at agents as they provided aid to a pregnant woman.

Weslaco, Texas, agents observed a group of illegal aliens attempting to cross the Progreso Port of Entry by climbing a tree on July 7. While two illegal immigrants were at the top of the bridge, a 25-year old pregnant Mexican nationalist was at the base of the tree in distress.

Border Patrol attempted to provide medical assistance to the woman but were met with rocks hurled at them by one of the illegal aliens.

Both people at the top of the bridge escaped back to Mexico while the woman was taken to a local Emergency Medical Services center. She will be processed once out of the hospital, according to a CBP press release.

A new report finds that the number of assaults on ICE and border patrol agents (CBP) is skyrocketing as illegal aliens are increasingly choosing to fight rather than flee or just give in to being arrested and then deported.

The latest numbers come from the Department of Homeland Security’s inspector general. And by some reckoning, the numbers reported could even be underselling the rising problem because DHS does not necessarily track such instances as a stand-alone statistic.

According to the Washington Times:

At the border, the most frequent method of attack was projectiles — usually large rocks — which accounted for half of assaults. But bombs, clubs, knives, guns and even laser pointers to blind agents have all been used.

Most of the injuries were minor and didn’t require treatment, the audit found.

Customs and Border Protection recorded 1,089 assaults in 2010, which steadily dropped through 2014, when there were just 381 assaults. But things turned violent once again, steadily rising to 856 assaults in 2017.

Last year was the most violent this decade at the border, with 28 assaults per every 10,000 apprehensions.

In the interior, meanwhile, Immigration and Customs Enforcement agents and officers saw 48 assaults in 2017, tying 2010 as the highest in records going back to the beginning of the decade.

That was nearly double the number from 2016.

ICE officers, who handle deportations, and Border Patrol agents, who patrol the line between the U.S. and Mexico, say they’ve seen an increasing willingness on the part of migrants to resort to violence in recent years.

Let’s face it. Democrats are responsible for this turn of events.

Immigration officers are doing their legally mandated job, granted. But Democrats have been telling anyone who will listen that our immigration officials are acting “illegally” and that what they do is somehow illegitimate. This is a lie, of course, but that it the BS Democrats are selling.

It can’t help but make many of these illegals imagine that they have a “right” to resist immigration officials. Why wouldn’t they? That is what Democrats are telling them every day!

So, the more ICE agents or Border Patrol agents that are injured on the job, the more we can blame the Democrat Party.