Rep. Ilhan Omar Calls On UN To Take Control Of US Border 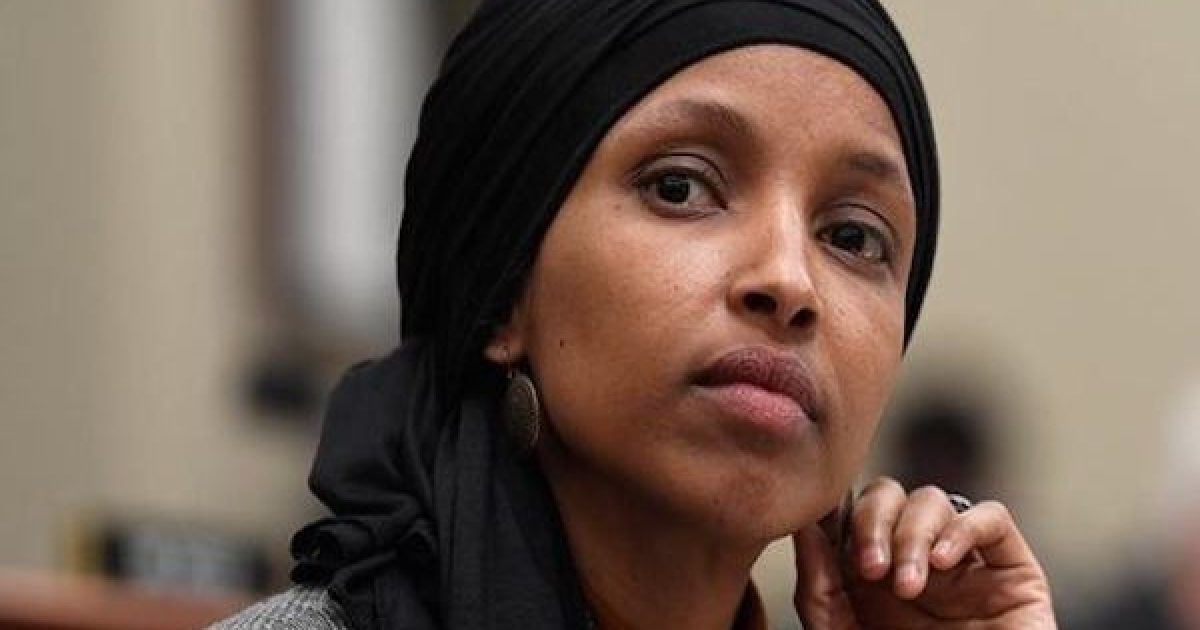 While speaking at an immigration forum in south Minneapolis on Tuesday, Ilhan Omar, the anti-Semitic Democrat from Minnesota, called for the United Nations to take over the U.S. border to handle a massive influx of immigrants. Not only does she want open borders, but she wants the U.S. to give up its sovereignty on our southern border.

“We should do what any other country does, by dealing with this situation in a serious way,” she said. “So we have to bring in the United Nations High Commissioner on Refugees – an agency that has the expertise and the training to handle massive flows of refugees humanely.”

Omar, who is part of an Anti-Semitic movement called BDS, has been embroiled in several scandals involving her marriage and a reported affair, said the United States U.S. is “losing our moral high ground.”

“We are treating people like criminals when they have not committed a crime,” she further stated, apparently unaware that entering the country illegally is a crime.

“It doesn’t make any sense for us to be committing these kinds of human rights violations, to have these policies in the way we interact with migrants and asylum seekers if we want to continue to be the kind of country that condemns countries in Africa, in Asia or Latin American countries for its treatment of refugees and asylum seekers,” she added.

Here’s a video of her statement posted to Twitter by the Daily Wire’s Ryan Saavedra.

Rep. Ilhan Omar (D-MN) says the *United Nations* must be brought in to handle the immigration crisis on America's southern border

Omar, who was accused this week of having an affair with a married man, lectured the audience about the "moral high ground" pic.twitter.com/1wxtgw7I9x

Omar is one of the four freshman congresswomen, known as “The Squad,” who have played a prominent role in pushing the Democratic Party increasingly to the left on the question of illegal immigration and asylum. Many of the party’s 2020 hopefuls now embrace policies such as health care for illegal immigrants, the decriminalizing of illegal border crossings and abolishing or overhauling Immigration and Customs Enforcement (ICE).

In response to the migration crisis, which has seen hundreds of thousands of migrants flooding to the border in recent months, the Trump administration has set out to tighten immigration law and increase enforcement at the border — including closing loopholes in the law, and building new barriers at the border in places such as Arizona and Texas.

It has also been securing agreements with countries south of the border, including Mexico and Guatemala — something that officials at the border recently told Fox News is having an effect in dissuading migrants from making the trip north.

Omar, by the way, has also called for ICE to be disbanded.

So, let’s get this right…  Omar wants us to get rid of any enforcement of the border, and she wants us to give up our sovereignty to the United Nations to keep the border open and allow the country to be overrun by migrants.

Response to Omar’s insanity is pretty much what you’d expect:

Such incredible ignorance. The UN had absolutely no authority to do anything within the United States.

I'd suggest it is for those EXACT reasons she ran for Congress.

There’s lots more like this, but you get the idea.

She is not good for this country. She is a Trojan horse.