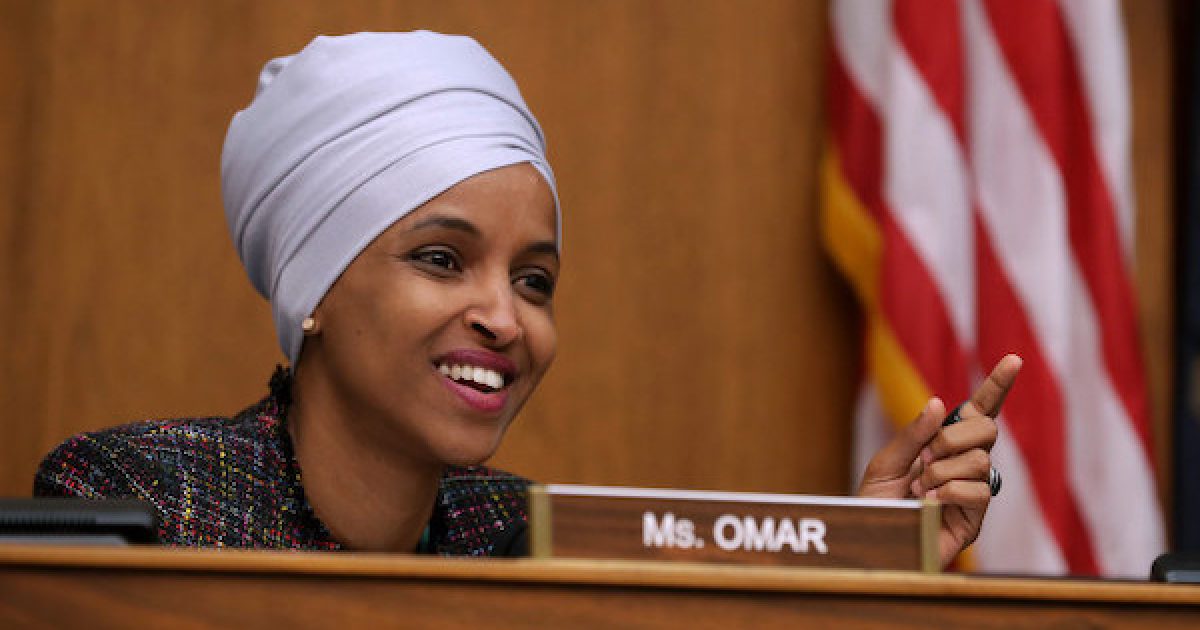 Ilhan Omar, a member of the anti-American, Anti-Semitic gang of four, called the squad is pushing Antisemitism again. On Wednesday she introduced a resolution in the house supporting the Anti-Semitic BDS movement. In an interview with the U.S. based Arab news site  Al-Monitor, she explained

“We are introducing a resolution … to really speak about the American values that support and believe in our ability to exercise our first amendment rights in regard to boycotting,” Omar told Al-Monitor. “And it is an opportunity for us to explain why it is we support a nonviolent movement, which is the BDS movement.”

Right to boycott? Is it right to boycott a country because of its faith? Or skin color? What if someone wanted to boycott any business owned by African-Americans? Or Muslims? Should people boycott Saudi Arabia because it is primarily Sunny Muslim? Or Lebanon because it’s Shia? Maybe we should never go to Brazil because the majority of its citizens are Catholic. But Rep Omar is introducing a bill that boycotts the Jewish State based on hatred of the Jewish people.

Africa, and false accusations of “war crimes.”  The BDS movement has just one purpose, to delegitimize Israel and to deny the Jewish people their right to self-determination. The present leaders of the BDS movement support a “one-state solution.” Which will destroy Israel as the Jewish state.  Both the U.S. State Department and Pope Francis have declared that denying that the Jews have the right to have their own country, is a form of anti-Semitism.

The 2001 UN World Conference Against Racism was an anti-Jewish hate fest. Copies of the anti-Semitic work, The Protocols of the Elders of Zion, were sold on conference grounds; anti-Israel protesters jeered participants chanting “Zionism is racism, Israel is apartheid,” and “You have Palestinian blood on your hands”; fliers depicting Hitler with the question, “What if I had won?” circulated among conference attendees. The answer: “There would be NO Israel and NO Palestinian bloodshed.” The conference was so anti-Semitic that U.S. Secretary of State Colin Powell walked out.

As reported by the organization NGO-Monitor,  NGOs (non-governmental organizations) at the conference urged “a policy of complete and total isolation of Israel as an apartheid state…the imposition of mandatory and comprehensive sanctions and embargoes, the full cessation of all links (diplomatic, economic, social, aid, military cooperation, and training) between all states and Israel. Additionally, it called for condemnation of those states who are supporting, aiding, and abetting the Israeli apartheid state and its perpetration of racist crimes against humanity including ethnic cleansing, acts of genocide.” In other words, BDS.

After Rep. Omar introduced the bill in the Foreign Affairs Committee, Rep. Lee Zeldin (R-NY) responded by telling the truth about the BDS movement.

The bill which is embedded below is sponsored by Rep. Omar, Rep. Rashida Tlaib (D-MI), and Rep. John Lewis (D-GA) John Lewis’ participation is most disappointing. As one of the leaders of the Civil Rights movement in the 1960s, Lewis knows that the first and possibly most active non-Blacks supporting the movement were American Jews. Despite this, John Lewis is sponsoring a resolution supporting an anti-Semitic movement. Shame on him, and shame on any member of Congress who votes for the bill.

Many Jews joined Reverend Martin Luther King Jr. in his quest for racial equality. In the front row of this picture from the march to Selma were two rabbis. On the left was Rabbi Abraham Joshua Heschel, a close friend of MLK Jr. and on the right holding the Torah was Rabbi Maurice Eisendrath.

Apparently, Rep. Lewis has forgotten the support he received from the Jewish people, either that or he feels he needs to bow down to the anti-Semitic progressive wing that is dominating the Democratic Party for his political future.

Below is the text of the Anti-Semitic BDS bill.