If Netanyahu Studied Godfather Movies He Might Still Be Prime Minister 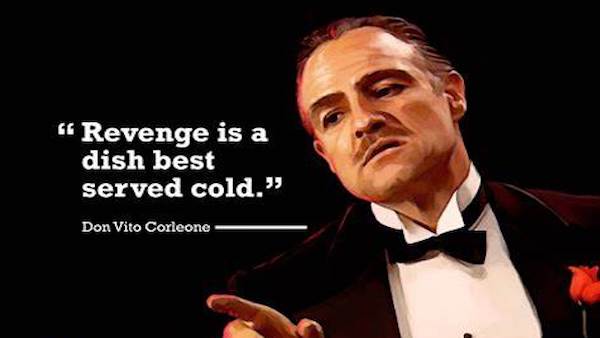 If Bibi studied the Godfather movies he might still be the Prime Minister. The new Israeli government wasn’t about changing policy  It was all about booting Netanyahu from the PM’s office. if Netanyahu studied godfather

In Godfather Part II, Michael Corleone utters a line that became a part of the common political vernacular, “My father taught me many things here. He taught me in this room. He taught me: keep your friends close but your enemies closer.”  Probably the chief reason Binyamin Netanyahu is no longer Israel’s Prime Minister is that he should have listened to Corleone’s advice and done the exact opposite. Bibi should have kept his enemies close and his friends even closer, as it was those former political allies who pushed him out of the PM’s residence. if Netanyahu studied godfather

While they used to be Netanyahu’s allies, many leaders of the new coalition’s feelings about Bibi were the opposite of the now-famous line that Michael Corleone says to his brother Sonny in the first Godfather movie, “It’s not personal Sonny, it’s strictly business.” Their feelings about booting Bibi is that it wasn’t business but strictly personal.

Netanyahu’s Likud Party received thirty Knesset seats in Israel’s most recent election, the fourth in two years. Including the 2009 election that put him back in office, the last seven elections saw Likud earn more than 30 seats only three times. Each of those 30+ seat elections occurred during these 4 elections/two years period–possibility an indication that voters did not have a major issue with the performance of Likud/Bibi. 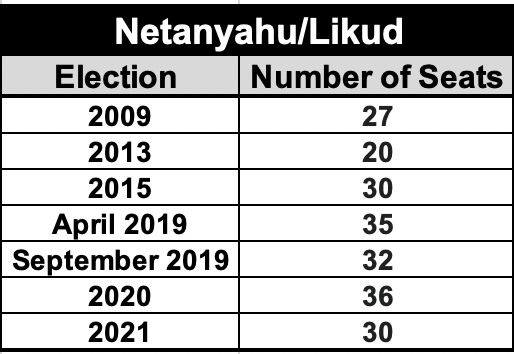 Here’s where it gets interesting. First, take a look at the parties in the new coalition government. Especially the Top five parties.

This coalition did not include the religious parties who were natural partners of Netanyahu and Likud. In aggregate, those parties represented another 22 seats which left a Likud-led coalition nine Knesset seats short at 52. However, if Netanyahu could lure one or more of the parties above, he might still be PM.

As for Ra’am, it was Netanyahu’s idea to bring them into a coalition; they would have probably joined a Bibi government if he was close to gaining the necessary 61 seat support. if Netanyahu studied godfather

At times, Bennett, Sa’ar, and Lieberman were all close allies of Binyamin Netanyahu and Likud.  Lapid and Ganz served in governments led by Netanyahu. But none of those party leaders have any desire to work with Netanyahu again.  In some cases, it was because of Bibi’s cutthroat management style, his hurting of their careers, or slandering their families. He lost the PM office because of those personal offenses, not because of political differences. As Don Corleone once said, “Revenge is a dish best served cold”.

The new government leaders will not make bold changes to Netanyahu’s policies–they can’t because the government has only a one-seat majority in the Knesset. That small majority is also why my prediction is that the coalition will fall apart before the end of 2021.

Will Bibi be back?  He says he will, but It all depends. His upcoming corruption trial hasn’t totally damaged his popularity, disproving something Don Corleone says in the first Godfather movie, “Time Erodes Gratitude More Quickly Than It Does Beauty.”

But now that he’s no longer PM, he has to pay his legal fees, and there is nothing to slow down his corruption trial. The trial will dominate the news about Bibi and might send his image amongst the public down the abyss. Especially because one of the charges against Netanyahu was his favorable treatment of Walla! Media. Now even the right-wing media companies will sink their talons on Bibi.

Netanyahu should have followed Don Corleone, who said in the first movie, “I Spent My Life Trying Not To Be Careless.” But Netanyahu was careless in his relationship with others. And whether he is guilty or not, he was careless in avoiding even the appearance of corruption.