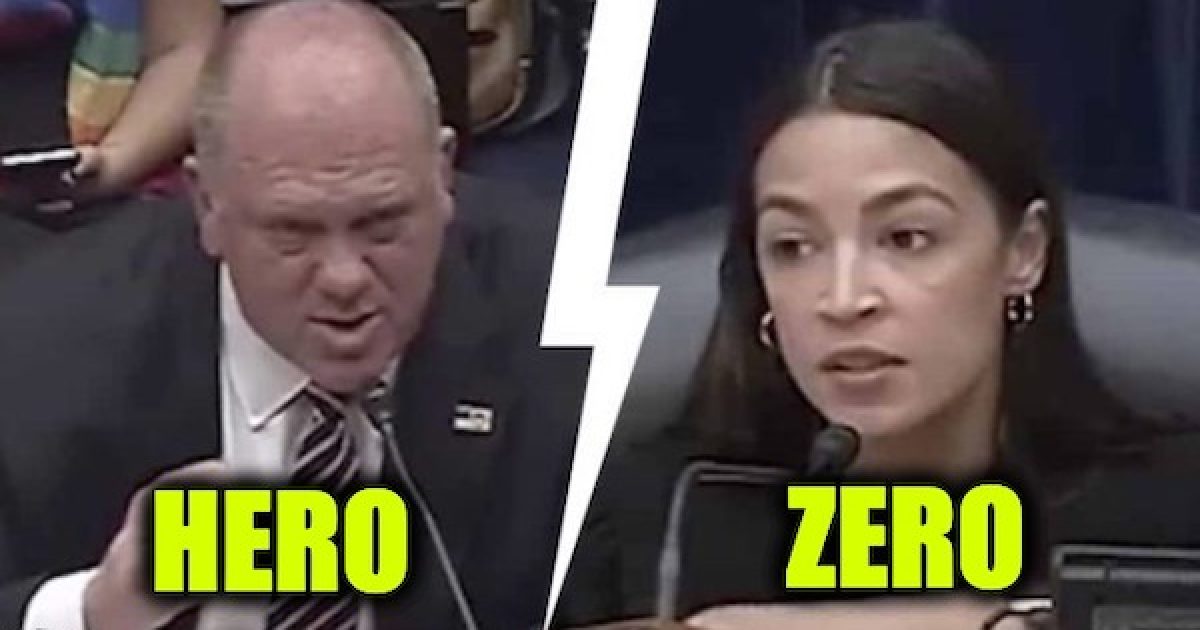 The former executive associate director of ICE under Barack Obama tore into her for a vile hatred of immigration officers and the disdain she has shown for law and order in general.

“I am proud of the agency and ICE and what we don’t want to talk about is nearly 90 percent of everybody ICE arrested for immigration violations either have a criminal history or a pending criminal charges when they are found meaning they were found in a county jail which most likely means they are more than a choir boy,” Homan charged.

And he wasn’t done.

He accused Ocasio-Cortez of misrepresenting what immigration officers do by smearing their reputations with hyperbolic statements and trying to abolish their agency altogether, something he finds “appalling” from “a member of Congress.”

“In my 34 years I have never seen such hate toward law enforcement agency in my life that you want to abolish them rather than do your job and legislate,” Homan lashed out.

Ocasio-Cortez, clearly flustered, tries several times to tell Homan that the time for his testimony has expired. When that didn’t work, a colleague reached in and pointed to the gavel.

The New York socialist, who was chairing the subcommittee, then slammed the gavel down, declaring, “Mr. Homan, your time is expired!”

The former ICE chief suggested that if Congress doesn’t like the system, they need to *gasp* do their job.

“If you don’t like it legislate!” he shouted back.

Watch the fiery exchange below …

WATCH: AOC shouts at former ICE head Thomas Homan and slams gavel at him while he GOES OFF on her for attacking ICE.

"In my 34 years, I've never seen such hate toward a law enforcement agency in my life that you want to abolish them rather than do YOUR job and legislate." pic.twitter.com/ULrDFWWXvH

Earlier in his testimony, the Antisemitic Rep. Rashida Tlaib (D-MI)  who recently called for changing the American political system accused Homan of being “very ruthless and inhumane” toward asylum seekers. Ocasio-Cortez did not allow him to respond to those charges. He eventually was able to interject dramatically.

In testimony earlier this summer, Homan clashed with the New York Democrat on the treatment of illegal immigrant families.

“Those that attack the professional integrity of those that serve and blatantly throw unsubstantiated allegations against these men and women with zero evidence of guilt are wrong and should be ashamed,” he said at the time.

We’re not sure the new radical Democrat party is capable of feeling shame.

Homan has also helpfully reminded Democrats that it was Obama who built those cages for kids.

“I’ve been to that facility, where they talk about cages. That facility was built under President Obama under Secretary Jeh Johnson,” Homan told participants at a conference hosted by the Center for Immigration Studies.

He knows this, because as Homan states, “I was there when it was built.”