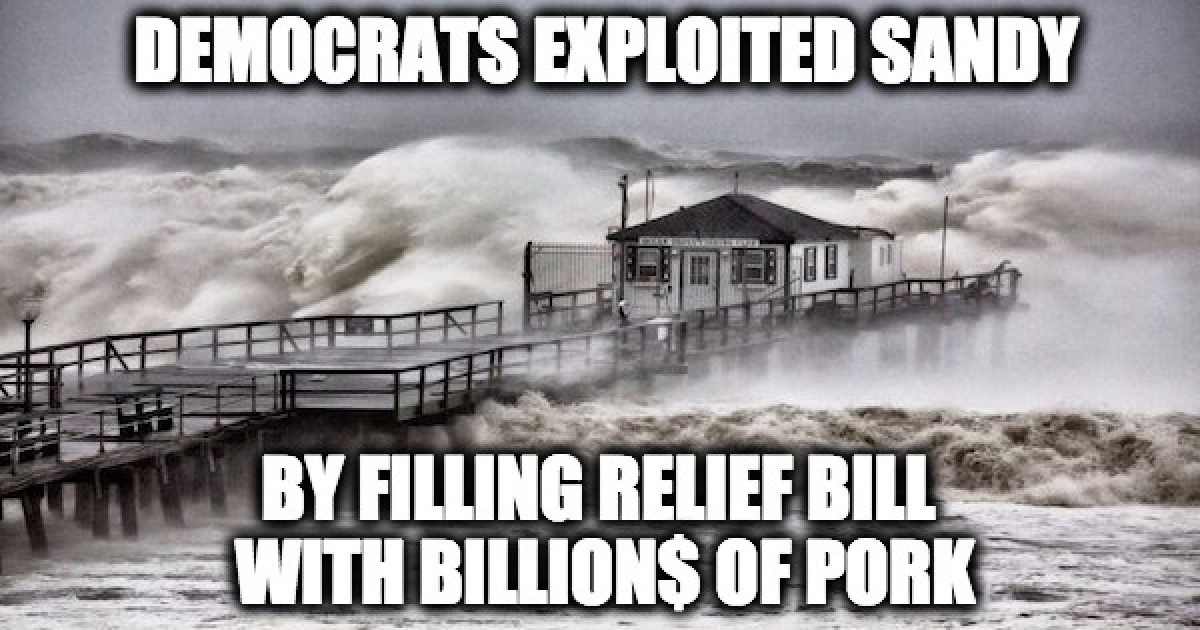 The latest example of fake news from the mainstream media comes from the coverage of Hurricane Harvey. The canard being pushed by the liberal that the GOP is being hypocritical (especially those from Texas) because they voted against the Hurricane Sandy Relief bill.  What isn’t being mentioned is that the Hurricane Sandy relief package was laden with billions of dollars of non-Sandy related pork.

On Sunday evening The Hill tweeted out:

Texas senators who voted against aid for Hurricane Sandy ask for federal assistance ahead of Hurricane Harvey https://t.co/KPQstpG1ey pic.twitter.com/s6zUMeEKBn

According to a December 2012 report in the NY Post (whose coverage area was hit by Sandy), the pork-laden relief bill included:

A Freedom Work’s Analysis added some pork the post missed:

In other words, Harry Reid thought he could guilt the Republicans to pass a bill so full of pork they could have opened a pork sausage factory. It ended up passing, but primarily because of Democratic votes. After all, it’s no secret that  Democrats only care about the budget when there is a Republican in the White House.

Yo, Conservatives! Set Back on This Issue Only Means: Don’t Quit, Keep Pressing On
DailySurge

*NEW* BREAKING: Popular Reporter Drops Bombshell And Shares Secret Details Of The FBI Raid On Trump’s Mar-A-Lago And Why They Did A “KGB Style Raid”
America's Freedom Fighters