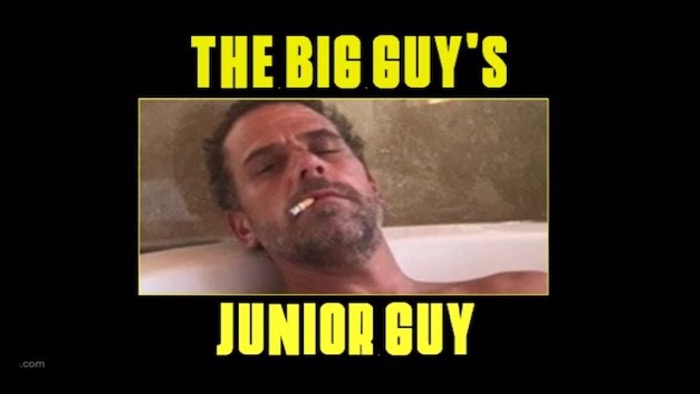 Joe Biden is paying two staffers $265,000 as a start of a task force to engage with the media to get them to ignore stories about Hunter Biden and, more importantly (to Joe) to fight possible House investigations.

Protecting Hunter is only a small part of the reasons for the task force, which was created five months ago.

Among other reasons, Biden realizes that the Democrats will take over the House after election day in November.

One item Congressional Republicans will put at top of their agenda is investigating Hunter’s business and his dad’s involvement.

In fact, they already started  “We’re definitely laying the groundwork to come out of the gate in January,” said Rep. James Comer (R., Ky.), the ranking Republican on the oversight committee.

Biden must have realized the Democrats were going to lose back in May.

In May, the White House poached Richard A. Sauber, the top attorney for the Department of Veterans Affairs, to serve as a “deputy counsel to the president” tasked with handling House oversight probes. Ian Sams, a veteran of Vice President Harris’ failed 2020 presidential campaign, was hired to run official comms for the team. White House records show the two men will take home $155,000 and $110,000 respectively.

And on top of the $265K in salary already committed, we are told that more staff will be added.

“Americans deserve transparency from President Biden about his family’s suspicious business dealings. But instead of providing transparency, the White House is hiring staff at the American taxpayers’ expense to stonewall congressional oversight and accountability.” said Rep. James Comer (R-Ky.), who is on track to chair the House Oversight Committee next year if Republicans retake the House.

Despite the fact that such an investigation will fall into Comer’s hands if the GOP takes the house in the end, Comer may not be involved.  The Washington Post reported:

Rep. Matt Gaetz (Fla.) told Breitbart Newsin an interview last month that there have been discussions about creating a select committee to investigate the Biden family — even as Comer, who is poised to lead the Oversight Committee, has been laying the groundwork to investigate Hunter Biden.

Wow, they haven’t won anything yet, and there’s already a turf war. Turf wars that’s a GOP tradition.