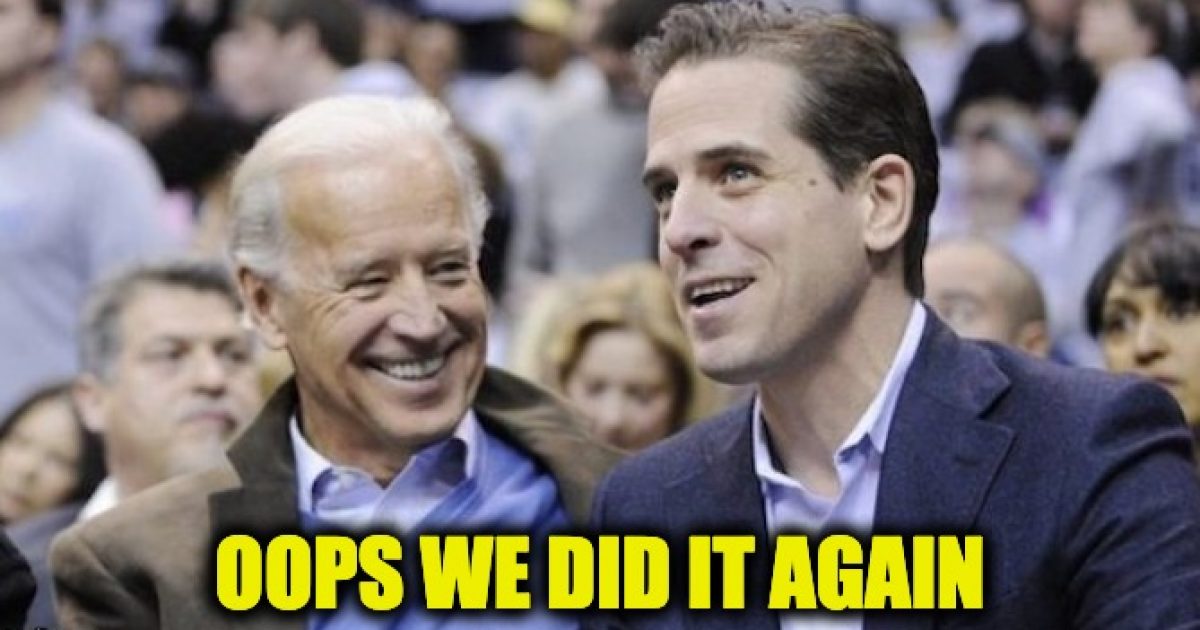 NBC News is reporting that Joe Biden’s son Hunter Biden was paid for legal work by a Romanian national charged with real estate fraud;  while his father was fighting for “corruption reforms” in Romania as Vice President.

In the final year of the Obama administration, an American lawyer traveled to Romania to meet with a businessman accused of orchestrating a corrupt land deal.

The businessman was Gabriel “Puiu” Popoviciu, a wealthy Romanian real estate tycoon. The lawyer brought in to advise him was Hunter Biden, the son of then-Vice President Joe Biden, according to two people familiar with the matter.Hunter Biden’s work for Popoviciu in 2016 went unreported at the time, but Joe Biden’s involvement in Romania was very much public. The vice president was among the leading voices pushing the government to crack down on corruption.

Beyond fraud charges, Popoviciu did bring the first Pizza Hut, the first Kentucky Fried Chicken and the only IKEA to Rumania, a country that still considers Vlad The Impaler a national hero.

I wonder if Ukraine knew that Hunter was cheating on them with another country’s corruption?

NBC makes the point that there is no evidence that the former SCHMOTUS or his son Hunter did anything illegal. But it does indicate that it’s another example like Ukraine or China of a country trying to influence Joe Biden by paying his son. And in this case, it was someone facing criminal charges in Rumania paying for to influence a Vice President pushing to end corruption in that country.

In addition to his work in Ukraine for the energy company Burisma, Hunter Biden advised a Romanian businessman with ties to the United States, Gabriel Popoviciu, whose real estate dealings had come under investigation, according to people familiar with the arrangement, which has not been previously reported. The investigation, which came as the United States and its allies were pushing Romania to clamp down on corruption, led to Mr. Popoviciu’s conviction and a prison sentence.

Popoviciu was convicted in 2016 and sentenced to seven years but launched an appeal. He assembled a high profile legal team to fight the conviction, which included former FBI director Louis Freeh. That was the same time Hunter Biden traveled to Romania to assist Popoviciu, per NBC.

Romania becomes another log in the Biden fire that Congressional Democrats will refuse to investigate. After all, they are too busy investigating President Trump for something the President of Ukraine said never happened and that Hunter Biden said he would never do again.