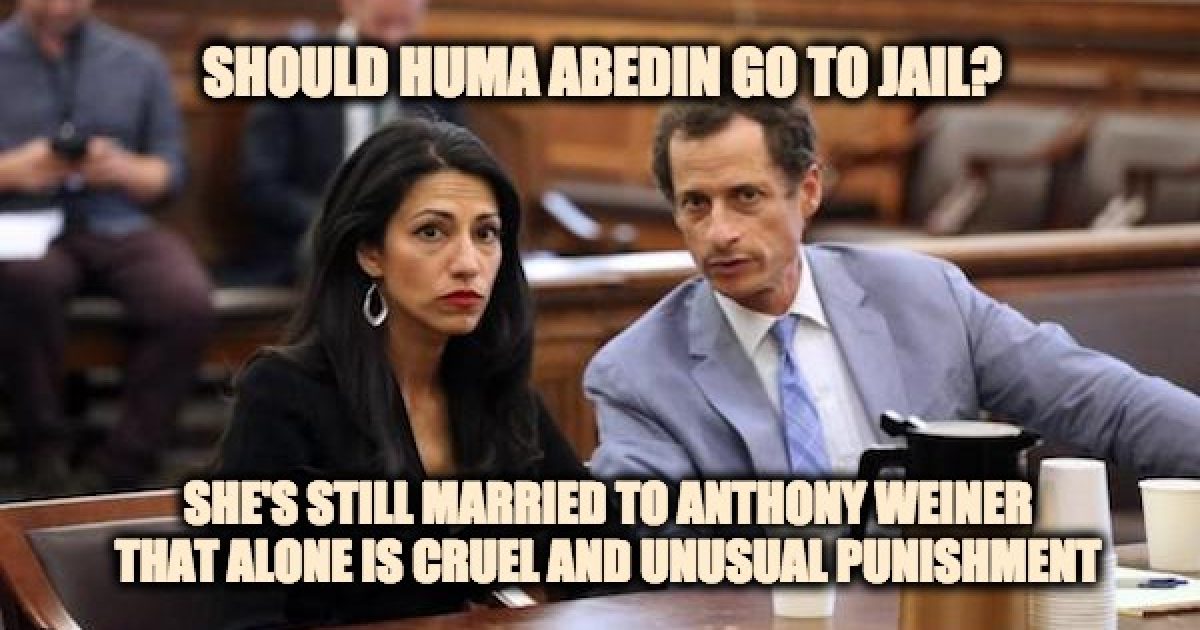 According to a  Daily Caller report, while she was Deputy Cheif of Staff for then-Secretary of State Hillary Huma Abedin forwarded highly sensitive emails to her personal Yahoo email account. This info resided in her email account when Yahoo’s email systems were hacked and all accounts were affected.

As reported by CNN/Money when the full extent of the hacking was finally revealed in 2017:

An epic and historic data breach at Yahoo in August 2013 affected every single customer account that existed at the time, Yahoo parent company Verizon said on Tuesday. That’s three billion accounts — including email, Tumblr, Fantasy and Flickr — or three times as many as the company initially reported in 2016. 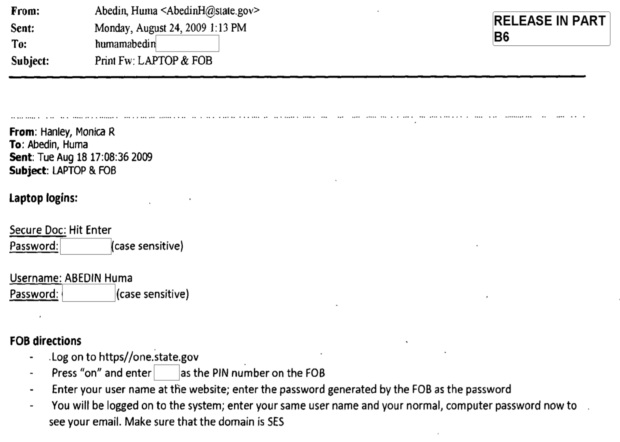 Stuart Delery, chief of staff to the deputy attorney general, sent a draft memo titled “PA/PLO Memo” in May 2009, seemingly referring to two Palestinian groups.  [As part of the documents relased because of a  Jucial Watch FOIA lawsuit] The content was withheld from the public with large letters spelling “Page Denied.” Abedin forwarded it to her Yahoo account.

Abedin routed sensitive information through Yahoo multiple times, such as notes on a call with the U.N. secretary-general, according to messages released under the lawsuit.

(…) Long-time Clinton confidante Sid Blumenthal sent Clinton an email in July 2009 with the subject line: “Important. Not for circulation. You only. Sid.” The message began “CONFIDENTIAL… Re: Moscow Summit.” Abedin forwarded the email to her Yahoo address, potentially making it visible to hackers.

The email was deemed too sensitive to release to the public and was redacted before being published pursuant to the Judicial Watch lawsuit. The released copy says “Classified by DAS/ A/GIS, DoS on 10/30/2015 Class: Confidential.” The unredacted portion reads: “I have heard authoritatively from Bill Drozdiak, who is in Berlin…. We should expect that the Germans and Russians will now cut their own separate deals on energy, regional security, etc.”

There are other examples in the report all showing that Abedin was leaving classified information open to the Yahoo hackers. And who was the hacker?

Russian intelligence agent Igor Sushchin was charged by the U.S. with hacking 500 million Yahoo email accounts. Also noteworthy is that Sushchin had a side job, he worked for the Russian investment bank Renaissance Capital, which paid former President Bubba Clinton $500,000 for a June 2010 Moscow speech.

Sushchin’s indictment says “the conspirators sought access to the Yahoo, Inc. email accounts of Russian journalists; Russian and U.S. government officials,” and others. Information about the accounts such as usernames and password challenge questions and answers were stolen for 500 million accounts, the indictment says.

The indictment does not give the names of the 500 Million accounts that were hacked, however, we do know that Huma Abedin’s personal Yahoo account contained classified information at the time Yahoo’s emails were hacked by a Russian agent. And we do know that the hacking affected every single customer account that existed at the time,

Perhaps that is what James Comey meant when he said in his now infamous July 2016 speech:

“We do assess that hostile actors gained access to the private email accounts of individuals with whom Secretary Clinton was in regular contact from her private account,” then-FBI director Jim Comey

Should Huma Abedin go to jail?  I am not sure, she is married to Anthony Weiner that alone should be considered cruel and unusual punishment.