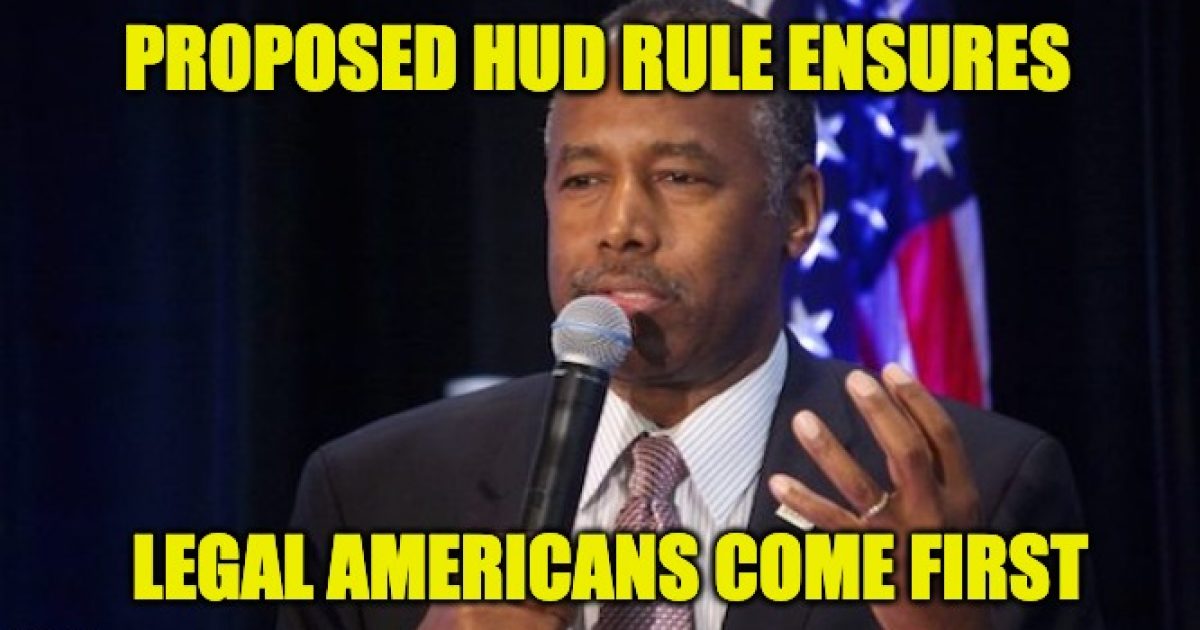 The Department of Housing and Urban Development (HUD) led by secretary Dr. Ben Carson has announced a new rule that seeks to integrate  President Trump’s campaign promise of America first into an important HUD program. The rule would ensure that American citizens are the ones getting housing subsidies, by verifying the residency status of all residents in a particular household.

Thanks to @realDonaldTrump‘s leadership, we are putting America’s most vulnerable first. Our nation faces affordable housing challenges and hundreds of thousands of citizens are waiting for many years on waitlists to get housing assistance. https://t.co/XmASs508Su

Per  Section 214 of The Housing and Community Development Act of 1980 HUD is prohibited from granting financial assistance to persons other than U.S. citizens, nationals, and certain legal aliens. But some households that include both citizens or eligible non-citizens, as well as ineligible illegal aliens, have gotten around the law. The ineligible members of those households just have to declare themselves “ineligible,” and their immigration status isn’t checked and they can continue to live in the government supported housing. Via this loophole, some illegal aliens inappropriately receive federal housing subsidies.

Now, however, HUD will verify the residency status of all residents (via DHS’ SAVE system), U.S. citizens and the legal residents will be the first in line to receive federal housing assistance. Legal residents include those who have a Green Card, refugees, and people who have received asylum.  People presently receiving housing assistance who do not qualify, have up to 18-months to find other suitable/affordable before the benefits are turned off.

Some will say this is just another anti-Illegal alien Trump administration program—but it really is an Americans first policy. According to the HUD website:

Think about it… Americans who are eligible for housing benefits aren’t getting helped because their slots are being taken by illegals. Right now this is just a HUD proposal. Congress gets 15 days to review the change, and after that Housing and Urban Development publishes the proposed rule amendments and the public has 60 days to comment.

While this proposal will not totally fix the problem, it is certainly a logical step toward easing the wait eligible people have when applying for help.  Secretary Carson might say, “America First, it’s not brain surgery.”