HR 6225: Firearms Dealers Once Again In The Crosshairs Of The Anti-Gun Crowd 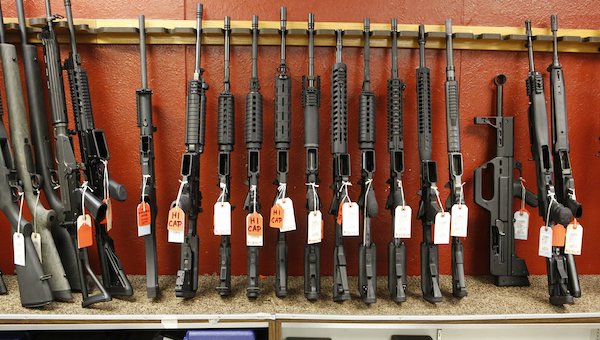 HR 6225 is dubbed “To modernize the business of selling firearms.” Rep Robin Kelly introduced it to the House on December 9, 2021 (D-IL-2). By December 19, the Democrats had not even sent the bill’s text to the Congressional website that creates summaries of the bills. That is usually done within a couple of days after its introduction.

So what does this bill aimed (pardon the pun) at firearms sellers do?

“This legislation expands the applicability of federal firearms laws to “facilitators” of firearm sales, such as sellers at gun shows and on online marketplaces, which, in several states, are currently permitted to host large commercial marketplaces that allow for the transfer firearms to purchasers without first initiating a background check to determine whether the buyers are prohibited under applicable state and/or federal law.

The bill also modernizes regulations for existing FFLs by:

Then there’s this gem from Moms Demand Action:

“Keeping guns out of the hands of those who are prohibited from owning them isn’t only common sense, it saves lives — and that’s exactly what this bill will help do,” said Shannon Watts, founder of Moms Demand Action. “We’re proud to stand in strong support of Rep. Kelly’s legislation to close loopholes in the Federal Firearm Licensee system and bring these regulations into the 21st century.”

The bill would also:

None of this falderal would keep guns out of the hands of people who aren’t supposed to have them. But it would place more restrictions on FFL holders to the point of attempting to choke off their legal commerce and restrict ordinary gun owners from their 2nd amendment rights.

What exactly are “rogue dealers”, I don’t know. While I can say with certainty that there are bad actors that are federally licensed dealers, I can also say the same for our members of Congress. That does not mean all dealers are bad actors, nor all representatives. Something that Kelly probably should look into is cracking down on rogue members of Congress. Start by reading the Bill of Rights, from there, hold every lawmaker accountable that introduces legislation which would usurp any of our fundamental freedoms.

We can hope this legislation will not pass, but every day with this clown show in the House is a crap-shoot, so we have no idea. It is highly unlikely to pass the Senate.