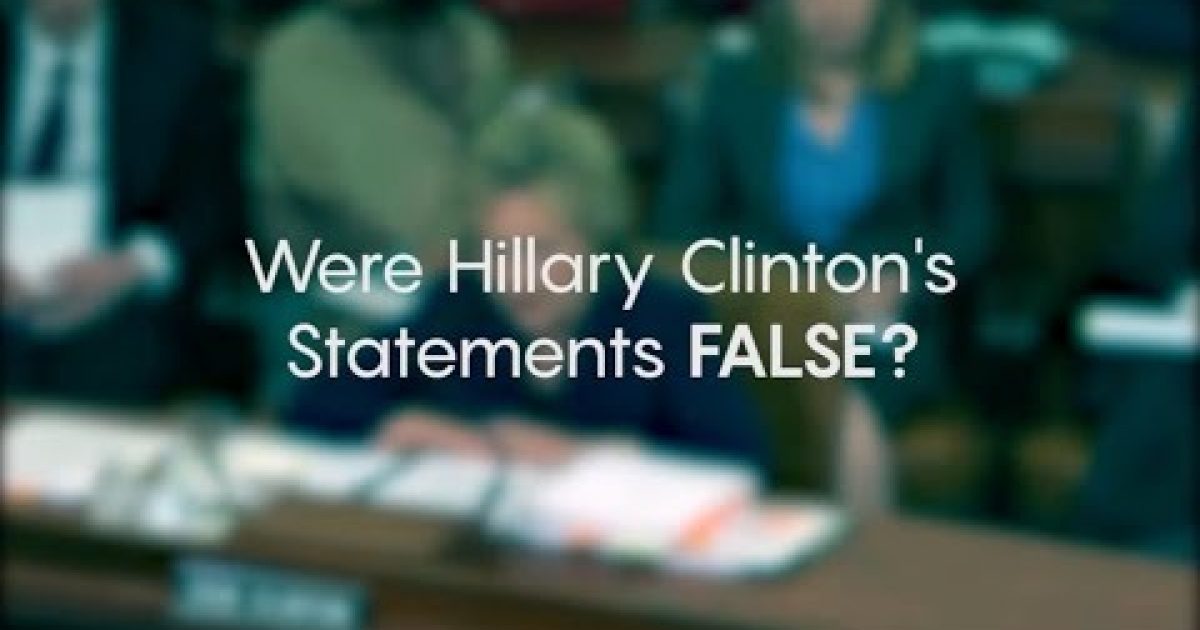 And to demonstrate their case that Hillary lied to Congress they produced a video comparing Clinton’s testimony to Comey’s Statement (watch video below).

Monday’s letter is in response to a Department of Justice letter sent to Chairmen Chaffetz and Goodlatte last week saying the department will “take appropriate action as necessary” on the Chairmen’s request for an investigation into the matter.

The letter by the two congressmen says in part:

“The evidence collected by the Federal Bureau of Investigation (FBI) during its investigation of Secretary Clinton’s use of a personal email system during her time as Secretary of State appears to directly contradict several aspects of her sworn testimony, which are described in greater detail below.”

“During a House Select Committee on Benghazi hearing on October 22, 2015, Secretary Clinton testified with respect to (1) whether she sent or received emails that were marked classified at the time; (2) whether her attorneys reviewed each of the emails on her personal email system; (3) whether there was one, or more servers that stored work-related emails during her time as Secretary of State; and (4) whether she provided all her work-related emails to the Department of State. “

“Although there may be other aspects of Secretary Clinton’s sworn testimony that are at odds with the FBI’s findings, her testimony in those four areas bears specific scrutiny in light of the facts and evidence FBI Director James Comey described in his public statement on July 5, 2016 and in testimony before the Committee on Oversight and Government Reform on July 7, 2016.”

The video below prepared by the Oversight Committee is very compelling: