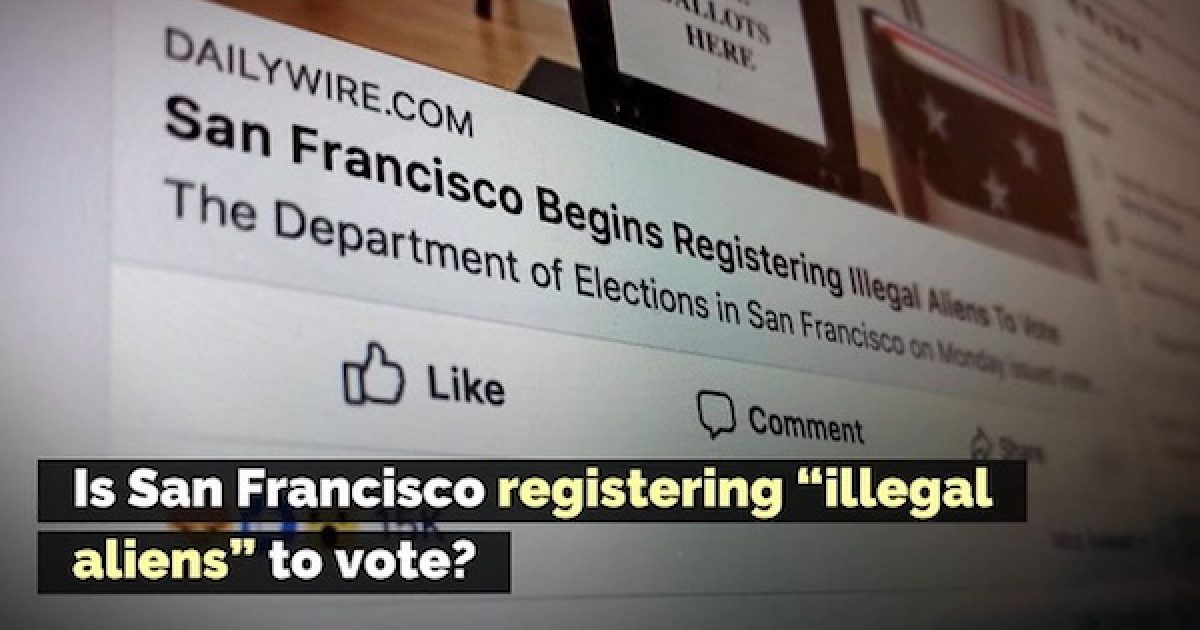 The House of Representatives passed a resolution on a mostly party-line vote, 279-72 (69 members admitted they were cowards and voted present) this week blasting Democrat-run U.S. cities that allow non-citizens (i.e., illegal immigrants)  to vote in local elections.  Forty-nine Democrats voted in favor of the resolution, which said in part “that allowing illegal immigrants the right to vote devalues the franchise and diminishes the voting power of United States citizens.”

The Republicans “have done absolutely nothing to protect us against the Russia investigation…but somebody’s voting in their local school council election, that’s worth denouncing?” said Rep. Luis Gutierrez, D-Ill.

McCarthy, who is seeking to succeed retiring House Speaker Paul Ryan (R-Wis.), argued it’s critical that the U.S. take strides to protect the legitimacy of its elections, whether it be from foreign interference or illegal voting. He said officials had expressed concerns to him about noncitizens voting.

“They feel that they’re disenfranchised – that this is a movement that’s going around with Democrat-controlled cities. That it dilutes why people work so hard to become citizens, it dilutes elections as well, too,” he said.

“People want to make sure the elections are honest and fair and upheld,” McCarthy added.

What prompted the introduction of the bill was San Francisco allowing Illegal Immigrants with school-aged children to register to vote in school board elections.

“Extending voting rights to those who are not lawfully present in the United States acts like another incentive for foreign nationals to come to the United States illegally and stay,” Judiciary Chairman Bob Goodlatte, R-Va., said on the House floor.

Democrats said the House vote Wednesday was simply a political one that will help vulnerable Republicans make a point on the campaign trail in the last few weeks of the midterm elections.

Sadly, this is a non-binding resolution and requires no action, well, from anyone, really.

Indeed, that is one thing the liberals in the House noted when they scoffed at the vote.

“I would point out this is not a law, it’s a non-binding resolution. So there’s a clear attempt to try to play gotcha with folks,” said Rep. Linda Sánchez (D-Calif.), vice chair of the House Democratic Caucus, said according to The Hill.

“And instead of wasting time on a non-binding resolution, I would like to see the Republicans focused on getting the seven unfinished spending bills done so we can keep the lights on in government,” she concluded.

Of course, Democrats have sponsored a million such resolutions, too, so the whining by Sánchez is a bit hollow.

Still, it is an embarrassment to liberals that it got passed at all, and it is helpful that even this tiny bit of light is shed on the outrageous fact that Democrats are allowing foreigners to influence our election even as they pretend to be shocked with their fake claims that Trump did that with “Russia collusion.”

After all, this is straight out hypocrisy on behalf of America’s liberals. On the one hand, they act as if it is the worst crime in history for Trump to have worked with people living in Russia to affect our elections (which he didn’t, and they didn’t, anyway).  On the other liberals RIGHT HERE at home are going out of the way to facilitate foreigners influencing our elections in our own cities.

“Allowing illegal aliens to vote in elections at the local, state or federal level is a slap in the face to the American people because it diminishes their voices by elevating those of foreign nationals who are in the country illegally. Moreover, granting voting privileges to non-citizens before they’ve finished their naturalization process demeans citizenship and waters down the very thing which most immigrants seek and cherish.

“Unfortunately, this vote only further demonstrates that many Democrats in Congress are more concerned with their open borders agenda than they are with their fellow citizens.

“FAIR applauds the Representatives who supported this resolution, albeit a non-binding one. They clearly recognize that our American community has the right to define standards of membership, and that includes the preservation of citizen-only voting. Likewise, these Representatives must also recognize that is the right of our nation to secure our borders and their responsibility to do. By once again refusing to adequately fund the border wall, these lawmakers have abdicated that responsibility. It’s long past time for consistency and more tangible commitments to fix our immigration crisis.”

Parts of this post was first seen at Eagle Rising