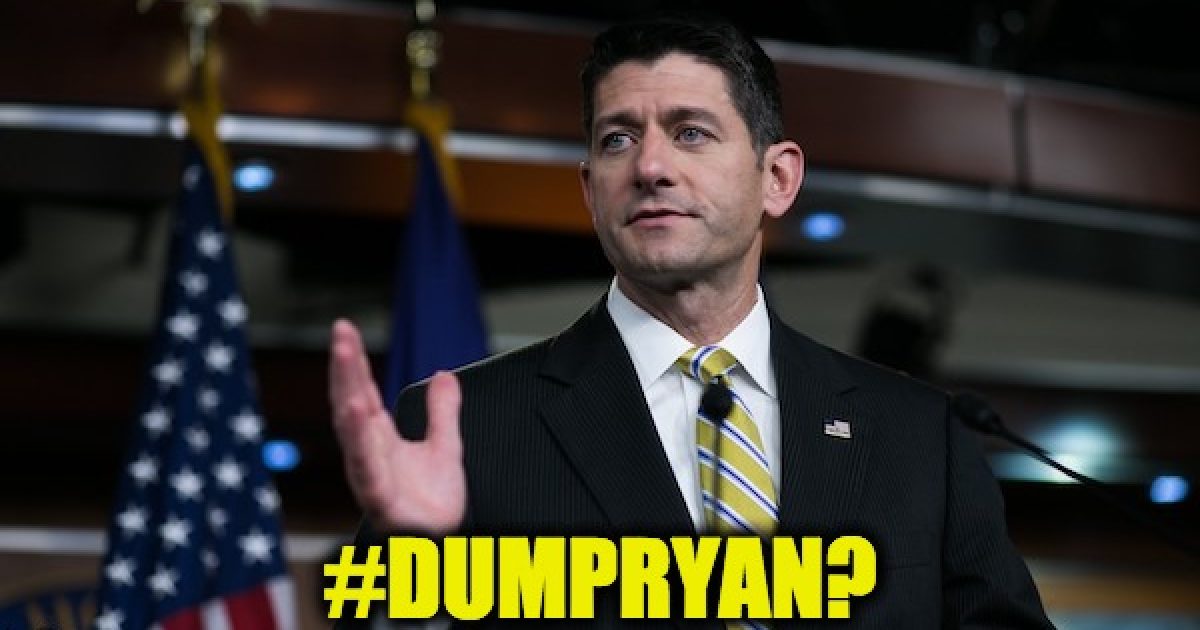 After supporting claims that there is “no evidence” to suggest the Obama-era FBI planted a spy in the Trump campaign, House Speaker Paul Ryan is facing renewed scrutiny by his colleagues, including whispers about having him removed.

Ryan had been asked what his thoughts after South Carolina Congressman Trey Gowdy offered words of support for the FBI after it was revealed that the Bureau had an informant embedded on Trump’s team.

Gowdy said that he was “convinced that the FBI did exactly what my fellow citizens would want them to do when they got the information they got … And that it has nothing to do with Donald Trump.”

Paul Ryan followed up indicating that he thinks Gowdy’s “initial assessment is accurate,” and he has seen “no evidence to the contrary.”

Now, Rep. Matt Gaetz said his colleagues in the House are wondering whose side Ryan is on, even going so far as to grumble about removing him from leadership.

“I have never to this point heard a single person talk about removing Speaker Ryan from the speakership,” Gaetz said in an interview on Fox Business’s “Lou Dobbs Tonight.”

“Today, for the first time, I was hearing colleagues saying, ‘You know if Speaker Ryan won’t stand with us in this fight over the essentials of our democracy … do we need to look at other choices?’”

He slammed Ryan, saying the House Speaker should “be an institutionalist for the Congress, not to be a defender of the deep state.”

.@mattgaetz: “There is no defense today for Paul Ryan siding with the FBI and Department of Justice against those of us in the Congress who are working for transparency and accountability.” #Dobbs pic.twitter.com/evJDARMjeq

Gaetz is one of roughly a dozen Republicans in the House actively pushing for a second counsel to investigate the Justice Department and FBI’s handling of the investigation of alleged Trump/Russia collusion.

By contrast, Ryan is off defending how they have handled things.

Whose side is Paul Ryan on? Share your thoughts below!

Update: Even after he shamefully contradicted the informant/spying news, Ryan has just announced that he believes there is “no evidence that there’s any collusion between the Trump campaign, and President Trump and Russia.”