I Refuse to Be Lectured By the Hollywood Cesspool 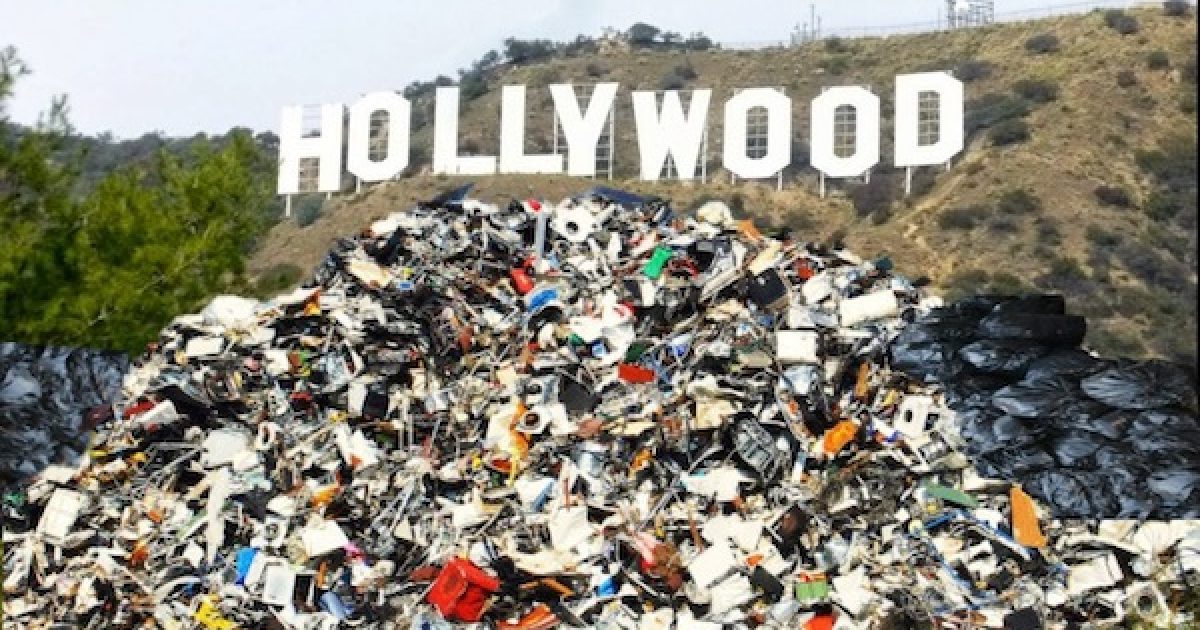 Wendy “Abortion Barbie” Davis may have gotten trounced in the 2014 Texas governor’s race but at least she will be cinematically memorialized as a heroine. The word on the street is that Sandra Bullock has been cast in a film called Let Her Speak about Davis’s 2013 filibuster.

Even before the first scene has been shot I can tell you exactly what the movie will be about—Wendy Davis’s supposed bravery. This is a woman who stood on the floor of the Texas Senate—in cute pink tennis shoes!—for eleven straight hours advocating for the “right” to have very late-term abortions in unsafe and unsanitary clinics.

If that’s not bravery I don’t know what is. You go, girl!

Hollywood is fond of such moralizing films. Erin Brockovich, a film about pollution and corporate greed, won Julia Roberts an Academy Award. Since then Hollywood has treated us to Stop Loss (anti-Iraq War), Trumbo (McCarthyism), Detroit (racism, police brutality) and Miss Sloane (gun control). With the exception of Erin Brockovich, audiences have largely passed on these films, likely because of their insufferable preachiness.

Today’s big screen parables are a constant reminder that the entertainment industry’s values and my own are diametrically opposed. Hollywood’s virtue is my vice and the other way around. That’s why I chafe against their incessant lecturing.

In order for lectures to be effective, you see, they must be backed up with some kind of moral authority. They have much less impact when the lecturer is standing up to his waist in a cesspool—and that’s what Hollywood is.

To name a few:

Kevin Spacey has been forcing himself upon young men and boys for years—even before his starring role in the ironically titled Consenting Adults. He allegedly turned the set of House of Cards into a sexual abuse playground.

A grand jury is being impaneled that will likely result in Harvey Weinstein being charged with rape. It’s too late for Weinstein’s sleazy attorney to pay another bribe to the Manhattan DA to make the charges disappear the way he did in 2015.

George Takei, who is still milking a minor role he hasn’t played regularly since Richard Nixon’s first term, is now being accused of attempting to rape a male model. From the story it sounds as if Takei dropped something—rohypnol or a similar drug—into the man’s drink.

And that’s not counting the philanderers, the cokeheads, and the celebrity parents who think it’s cool to have gender-confused kids.

Despite all of this, Hollywood is our nation’s guiding moral light—or at least it thinks it is. Just ask Harvey Weinstein. As he once told the Los Angeles Times: “Hollywood has the best moral compass because it has compassion. We were the people who did the fundraising telethon for the victims of 9/11. We were there for the victims of Katrina and any world catastrophe.”

As if this quote weren’t bad enough coming from a pig like Weinstein, the context is even worse. He was defending previous remarks he made in support of his friend Roman Polanski, a confessed child molester who’s been hiding out in France since 1978.

At least one person has worked very hard to shed some light on Hollywood’s problem with kiddy diddling. Independent filmmaker Amy Berg held a mirror up to the television and movie industry with the release of her 2014 documentary An Open Secret.

Berg, who was nominated for an Academy Award for her previous work, a documentary about a Catholic priest child molester, decided to tackle the issue of sexual abuse in Hollywood after attending a party at the home of director Bryan Singer, who has been plagued by repeated accusations of child sexual abuse. Singer, who is best known for his work on the X-Men movies, has never been convicted of anything though he seems to have personal relationships with nearly every homosexual child molester in the industry. Berg claims that she felt compelled to leave Singer’s house because it was packed with very young men and boys running around in bathing suits and less while a lot of unnamed “older men in the industry” stood around.

An Open Secret is a fantastic film that I would recommend to anyone. The film doesn’t exactly “blow the lid off” of a pedophile network but it does pull the curtain back just enough to take a peek. I’m convinced after watching the documentary and doing some research of my own that the network is very real and that its tentacles reach deep into Disney.

Unfortunately, getting the film seen was far more difficult than producing it. It was rejected by several film festivals though, to its credit, not Cannes. The youth division of the Screen Actors Guild threatened to sue Berg if she didn’t remove references to that organization. No distributor could be found for the film, not even Lionsgate which distributed her previous documentary about the child molesting priest. Obviously, An Open Secret were being locked out in the cold.

It’s not that Hollywood is uncomfortable with the subject of pedophilia. It can be downright preachy about it when it can be found somewhere else, particularly in an institution it hates such as the Catholic Church. The year after the industry shunned An Open Secret, it gladly produced, distributed, and lauded Spotlight, the true story of a team of Boston Globe reporters who won a Pulitzer Prize for uncovering sexual abuse in the Catholic Church. The film was nominated for six Academy Awards and won two including the coveted Best Picture award. The film industry can bestow no greater accolade.

It’s hard to imagine Spotlight playing out the same way if it had exposed another institution such as the public schools, the BBC, or the United Nations, all of which have had their molestation scandals. It’s absolutely inconceivable that anything remotely similar would have happened to a film that took on Hollywood.

It’s not outside the realm of possibility that a journalist might cover the story. The Los Angeles Times’ Dawn Chmielewski has done some excellent reporting on Hollywood’s pedo problem but she’s never won a Pulitzer for it and she never will. If she did, Hollywood certainly wouldn’t make a movie out of her story and any movie it did make would never, ever be nominated for an Oscar much less win Best Picture.

That’s because Hollywood doesn’t like the “spotlight” to be turned back on itself. No one does, I suppose, though Hollywood is unique in that it has the world’s biggest spotlight that it can shine on anyone and anything it wants. With the possible exception of Amy Berg, no one has yet succeeded in shining one back at Hollywood, and hers was a puny, low-budget spotlight. This enormous power that Hollywood has to illuminate injustices both real and imagined has given the industry an inflated view of its own importance, and most of all of its own moral rectitude. It scolds the rest of us for our failures without realizing that its own moral credibility is in tatters.

Until the film industry cleans up its act and takes out its own garbage, it will have a hard time convincing the public to sit still for its moral instruction.