GOP Operative Implied He Was Working w/Gen. Flynn To Get Hillary’s Erased Emails From Russian Hackers 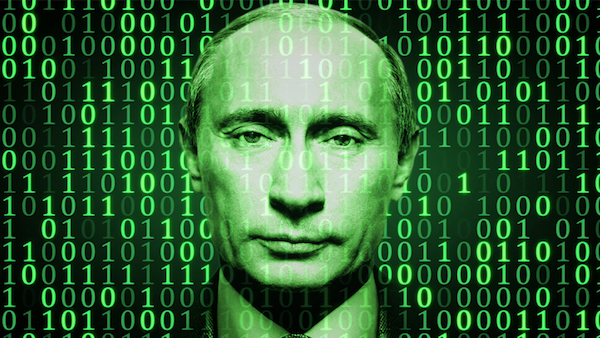 The Wall Street Journal is reporting that during the 2016 campaign a Republican opposition researcher named Peter W. Smith believed the emails Hillary Clinton erased from her basement server (she claimed they were personal) were hacked, probably by the Russians. Smith tried to track the emails down and retrieve them for opposition research.  According to the report, Smith was scouring the world of hackers, including Russians, to get the Clinton emails. The bombshell part of the report was that he implied he was working with General Mike Flynn on the project (the key word is implied).

Flynn was an adviser to the Trump Campaign and then National Security Adviser in the new administration until it was discovered that the lied to the Vice President about a phone call with the Russians.

Smith said,  “I’m talking to Michael Flynn about this—if you find anything, can you let me know?’” said Eric York, a computer-security expert from Atlanta who searched hacker forums on Mr. Smith’s behalf for people who might have access to the emails.

Emails written by Mr. Smith and one of his associates show that his small group considered Mr. Flynn and his consulting company, Flynn Intel Group, to be allies in their quest.

What role, if any, Mr. Flynn may have played in Mr. Smith’s project is unclear. In an interview with The Wall Street Journal, Mr. Smith said he knew Mr. Flynn, but he never stated that Mr. Flynn was involved.

Obviously as he is under investigation Gen. Flynn didn’t respond to WSJ requests for comment.

A Trump campaign official said that Mr. Smith didn’t work for the campaign, and that if Mr. Flynn coordinated with him in any way, it would have been in his capacity as a private individual. The White House declined to comment.

The operation Mr. Smith described is consistent with information that has been examined by U.S. investigators probing Russian interference in the elections.

Those investigators have examined reports from intelligence agencies that describe Russian hackers discussing how to obtain emails from Mrs. Clinton’s server and then transmit them to Mr. Flynn via an intermediary, according to U.S. officials with knowledge of the intelligence.

It isn’t clear who that intermediary might have been or whether Mr. Smith’s operation was the one allegedly under discussion by the Russian hackers. The reports were compiled during the same period when Mr. Smith’s group was operating, according to the officials.

Smith said he began his research over Labor Day weekend in 2016 by rounding up a team of “technology experts, lawyers and a Russian-speaking investigator based in Europe to acquire emails the group theorized might have been stolen from the private server Mrs. Clinton used as secretary of state”

The goal of the project was the find those 33,000 emails that Hillary Clinton erased because she claimed they were personal emails containing items about yoga, her daughter’s wedding, and the like.  Smith wanted to prove that she lied and they concerned official state department business that Hillary didn’t want others to find out about.

In the interview with the Journal, Mr. Smith said he and his colleagues found five groups of hackers who claimed to possess Mrs. Clinton’s deleted emails, including two groups he determined were Russians.

“We knew the people who had these were probably around the Russian government,” Mr. Smith said.

Smith told the WSJ, after seeing a sample of emails from the hackers he wasn’t sure of their veracity so he didn’t want to leak them himself, “We told all the groups to give them to WikiLeaks,” he said. (WikiLeaks has never published those emails or even claimed to have them).

When trying to recruit people to work with him on the hacking project, Mr. Smith would tell people he could hook them up with General Flynn’s son, Michael G. Flynn, who was the chief of staff in his father’s company.  The junior Flynn also didn’t respond the Journal’s request for comment.

In another recruiting email seen by the Journal, Jonathan Safron, a law student Mr. Smith described as a close colleague, included links to the websites and LinkedIn profiles of people purportedly working with the Smith team. At the top of the list was the name and website of Flynn Intel, which Mr. Flynn set up after his 2014 firing as director of the Defense Intelligence Agency.

In phone conversations, Mr. Smith told a computer expert he was in direct contact with Mr. Flynn and his son, according to this expert. The person said an anti-Clinton research document prepared by Mr. Smith’s group identified the younger Mr. Flynn as someone associated with the effort. The expert said that based on his conversations with Mr. Smith, he understood the elder Mr. Flynn to be coordinating with Mr. Smith’s group in his capacity as a Trump campaign adviser.

Again nothing has been proven, everything is hearsay.

(…) Mr. Smith’s views on Russian hacking were complex. While he said he believed Russians were likely among those who tried to steal Mrs. Clinton’s emails, he dismissed intelligence agencies’ conclusion that the Russia’s government meddled in the election to discredit Mrs. Clinton and to help Mr. Trump.

Mr. Smith was himself once a hacking victim. Emails he wrote about the 2015 contest to fill former House Speaker John Boehner’s seat were stolen from the Illinois Republican Party and then made public, in a campaign U.S. intelligence officials attributed to Russian actors. Mr. Smith didn’t dispute that Russia might have been to blame. He said he was unconcerned about his messages being exposed.

Special prosecutor Muller and his team are probably all over this story.  But as described above the only crime seems to be the hacking, none of which involved either Flynn, his son, or the late Peter W. Smith