BOMBSHELL: In 2016 CIA Asked FBI To Investigate If Hillary Was Creating A Trump Russiagate Scandal 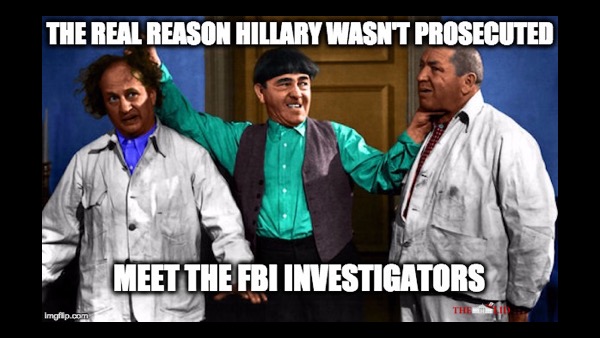 In 2016 the CIA asked the FBI to investigate whether the Clinton campaign had approved a plan to distract from her email troubles by “stirring up a scandal” claiming the Russians were interfering with the election to help candidate Donald Trump. John Brennan even briefed President Obama on the matter.  The CIA wasn’t sure the information was true, as the FBI ignored the request and started to investigate Trump.  Hillary Russiagate scandal c

On Tuesday Director of National Intelligence John Ratcliffe, sent a letter to Lindsey Graham and the Senate judiciary committee, explaining that a referral asking for an investigation went to then-FBI Director James Comey and Deputy Assistant Director of Counterintelligence Peter Strzok. The referral was based on information American intelligence discovered from Russian intelligence alleging that Mrs. Clinton “had approved a campaign plan to stir up a scandal against U.S. Presidential candidate Donald Trump by tying him to Putin and the Russians’ hacking of the Democratic National Committee.”

Whether these allegations are accurate is not the question. The question is did the FBI investigate the allegations against Clinton like they did Trump? If not, why not? If so, what was the scope of the investigation? If none, why was that?” Mr. Graham said.

He publicly released Mr. Ratcliffe’s letter (below) which outlines what the CIA believed in 2016.

Graham asked the right question. Did the FBI investigate Clinton? If now why? Why did the investigate Trump but not Hillary?

Many people claimed the information in Ratcliffe’s letter was nothing but Russian disinformation, however

New statement here from Ratcliffe saying this is *not* Russian disinformation. pic.twitter.com/2dBA0j7bNw

This is a developing story…there will be more to come.

Below is the Ratcliffe letter: 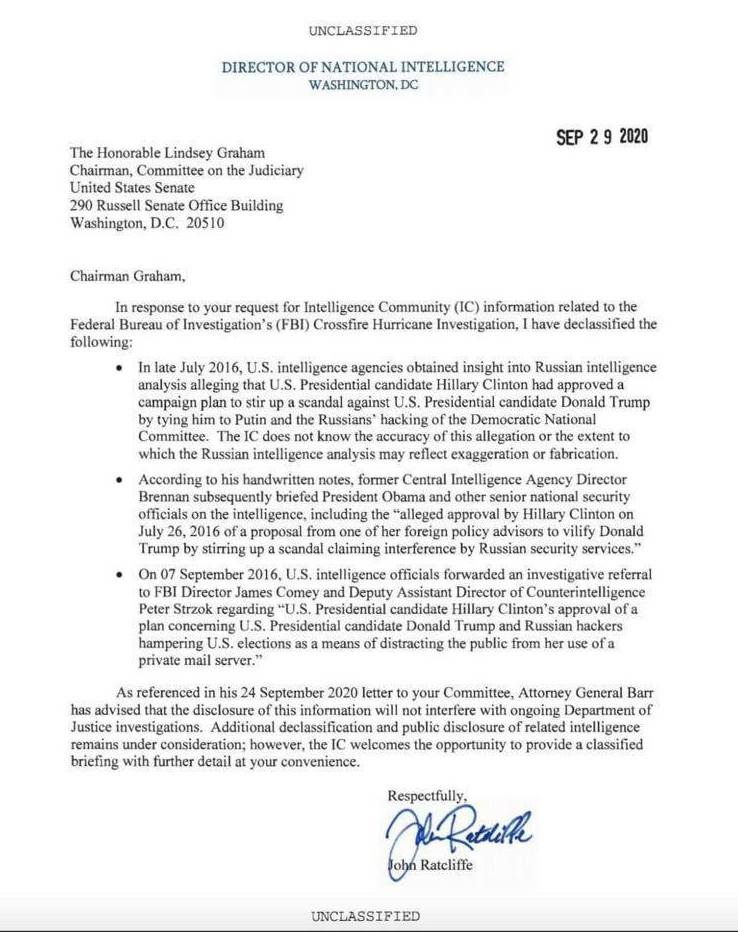