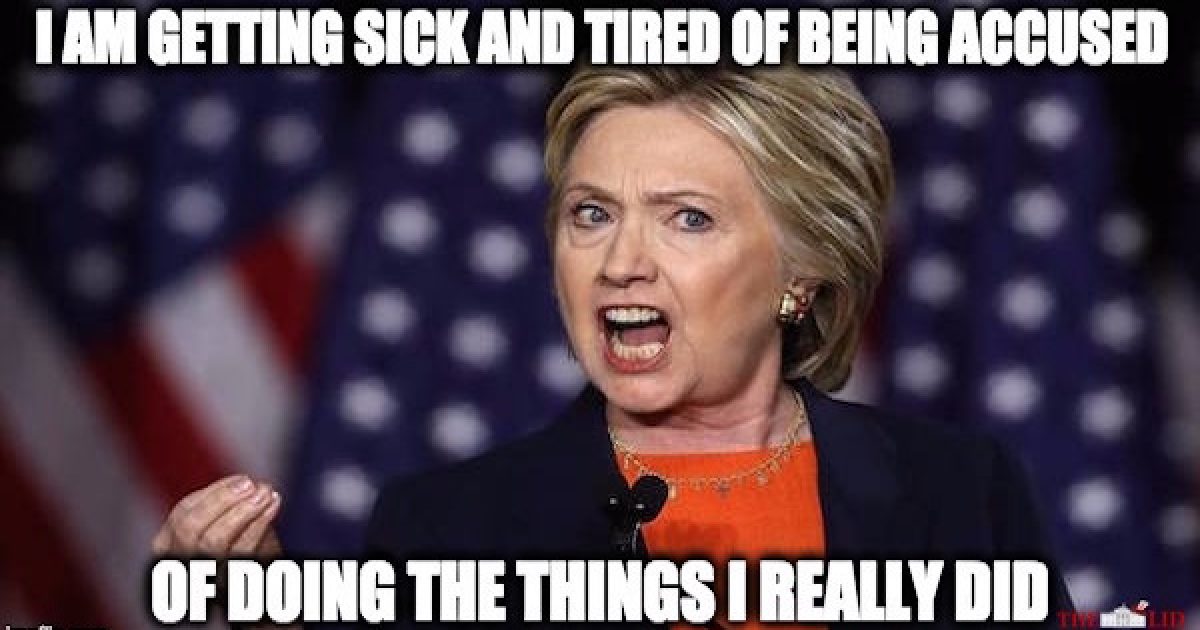 She didn’t stop to think about the digital paper trail. Just because investigators couldn’t get their hands on the entirety of the original texts, doesn’t mean all the options are exhausted.

For every email recipient, there is a corresponding sender.

And we DO have access to the emails of the government employees she was in communication with.

Is it possible that the emails Hillary didn’t want us to see are still with reach, even if the Ukraine government is NOT able to get ahold of the computer that Crowdstrike had to demonstrate whether the alleged breach into Hillary’s security really WAS the result of Russian hackers?

The State Dept. is investigating the email records of dozens of current and former senior State Department officials who sent messages to then-Secretary of State Hillary Clinton’s private email, reviving a politically toxic matter that overshadowed the 2016 election, current and former officials said.

As many as 130 officials have been contacted in recent weeks by State Department investigators — a list that includes senior officials who reported directly to Clinton as well as others in lower-level jobs whose emails were at some point relayed to her inbox, said current and former State Department officials.

State Department officials who spoke to the Post anonymously said the investigation is a routine matter that actually began during the Obama administration.

“This has nothing to do with who is in the White House,” one senior official said. “This is about the time it took to go through millions of emails, which is about 3½ years.”

A second official said, “The process is set up in a manner to completely avoid any appearance of political bias.” He explained the investigation is being conducted by career government officials who do not know the identities of those being investigated.

Why is this a big deal?

Well, as Dan Bongino has explained, secure servers work off of a list of approved email addresses, called ‘white lists’. If that email was not added to the formally-approved white list, that email cannot connect with a recipient on the secure government servers.

But Hillary was in contact with some high-level officials — even the President himself — from that email address.

That prompts some serious questions. How did her email – that was obviously NOT a ‘dot-gov’ address wind up on a white list, potentially compromising the entire system?

Who sent emails to Hillary’s outside address? And how could they pretend not to realize she was sidestepping protocol to do so?

How far will this rabbit hole take us?

Hey Hillary… are you getting nervous yet?

She wants us looking in the wrong direction.

You know, just like Schiff and company do now that the IG report is about to drop any time now.