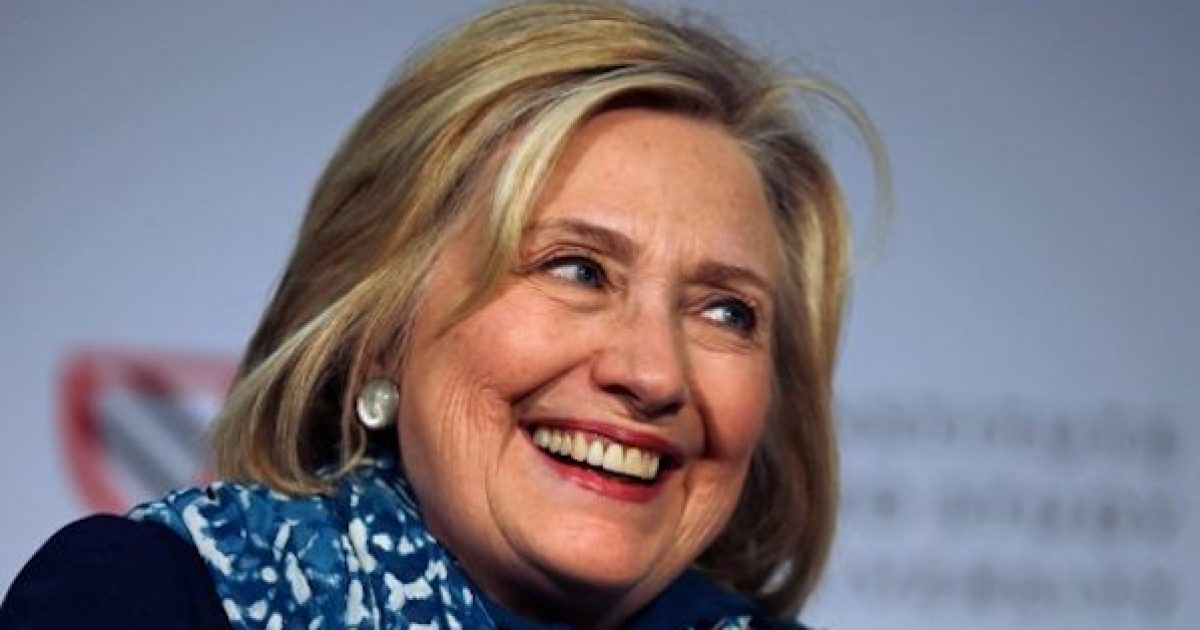 Look out, Mark Zuckerberg.  Hillary Clinton says she wants your job, she wants to run Facebook. OH GREAT!  Facebook already censors conservative opinion but allows pro-terrorist posts. Just imagine how much worse it will become if Hillary runs the social media platform. Every time Facebook gets caught allowing a pro-terrorism post, she wouldn’t order it taken down, she would blame on a Youtube video. And if Hillary really wants the job, Zuckerberg better watch out, sometimes when people make Hillary Clinton upset they mysteriously turn up dead.

While receiving the Radcliffe Award at Harvard on Friday, Clinton — the evilest person ever nominated to the White House by a major party — told Massachusetts Attorney General Maura Healey (D) that she wants to be CEO of Facebook, the social media giant once dubbed the “world’s most dangerous censor.”

“If you could be a CEO of any company right now, what would you choose?” Healey asked.

The social media giant, she explained, “is the biggest news platform in the world.”

“Most people in our country get their news, true or not, from Facebook,” she added. “It really is critical to our democracy that people get accurate information on which to make decisions.”

Clinton said that she hopes the company “gets it right” while trying to deal with so-called “fake news.”

“Apparently,” NTK Network said, “Clinton would like to be the one deciding the ‘accurate information’ that Americans see.

That could be — after all, her campaign made it clear that if she won the 2016 election, Breitbart and sites like it would be destroyed.

After the election, she wasted no time blaming “fake news” for her loss.  Of course, she’s blamed everything else on planet Earth except for herself. Just think if she ran Facebook, Hillary Clinton would probably putt in an app called, “why she lost even though she deserved to win.”

As we reported earlier, Clinton received the award for allegedly having a “transformative impact on society.”

Here’s a video of Clinton’s statement: