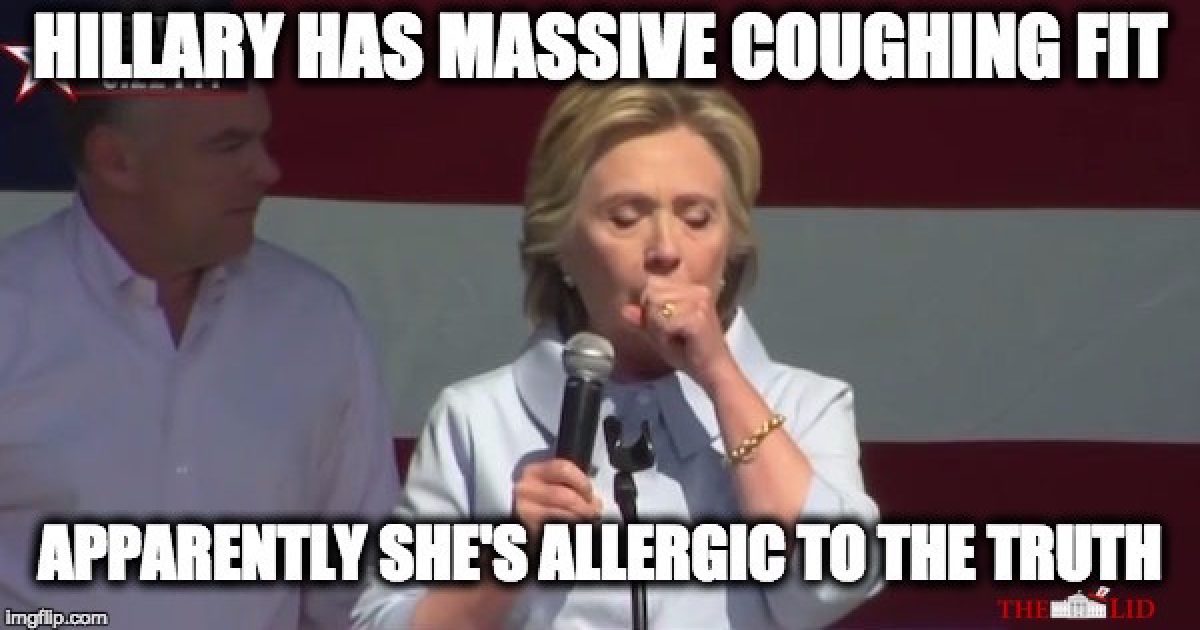 A New York Post column from this past weekend is creating quite a stir, surmising that two-time presidential failure, Hillary Clinton, is secretly planning another run for the White House.

That organization, Onward Together, is what Goodwin describes as “a Clinton 2020 campaign vehicle in waiting.”

It’s hard not to concur that Hillary hasn’t moved on from her historic loss, and is instead ready to take another shot at breaking the glass ceiling.

She’s even taken to flying with peasants in public, showing that she is a woman of the people.

SPOTTED: @HillaryClinton and @BillClinton were filmed while flying COMMERCIAL.

Their security was nowhere in sight.

Where are they going? And why are they flying commercial?

Are they “dead broke”? Or was Jeffrey Epstein’s plane not available?

Oh, it’s happening people. Are you prepared for Trump v. Clinton again in 2020?

Some supporters of President Trump are actually welcoming the possibility with open arms.

The President’s son, Donald Trump Jr., said prayers are up for that scenario.

“Is Hillary Clinton secretly planning to run in 2020?”

Conservative actor James Woods offered an even funnier response to Clinton’s political aspirations in 2020, posting a photo of the famously accident-prone Democrat in a suit of bubble wrap.

#HillaryClinton2020. She’s got this wrapped up! pic.twitter.com/YMDuBRQoCq

Clinton, whose most famous memory from her 2016 run was probably the header she took into the Scooby Van, is notorious for having difficulty navigating simple tasks.

Thank God CNN explained to me how Hillary being in bad health was just a “conspiracy theory,” otherwise I might question why she’s totally incapable of walking down stairs even while being supported by two men. ???? pic.twitter.com/2ekGFE7alB

She also, relatively recently, fractured her wrist after slipping in a bathtub at a palace in India.

Why are Trump supporters so anxious to see Hillary on the other side of the debate stage again? Perhaps it’s the fact that her approval ratings are abysmal, actually getting worse after the American people rejected her last time around.

Or maybe they just want to see another epic collapse like they saw in 2016.

President Trump tweeted this little reminder of what’s in store for Clinton, her supporters, and the media should she run again in 2020.

They just didn’t get it, but they do now! pic.twitter.com/9T50NupkDy

Will the “resistance” result in another catastrophic attempt at the Presidency for Hillary Clinton? Or will the third time be the charm?

Only time will tell. But President Trump will likely relish the opportunity to run against Hillary Clinton again in 2020. With the economy booming, and the President’s popularity on the rise, Hillary Clinton wouldn’t stand a chance of winning in two years.