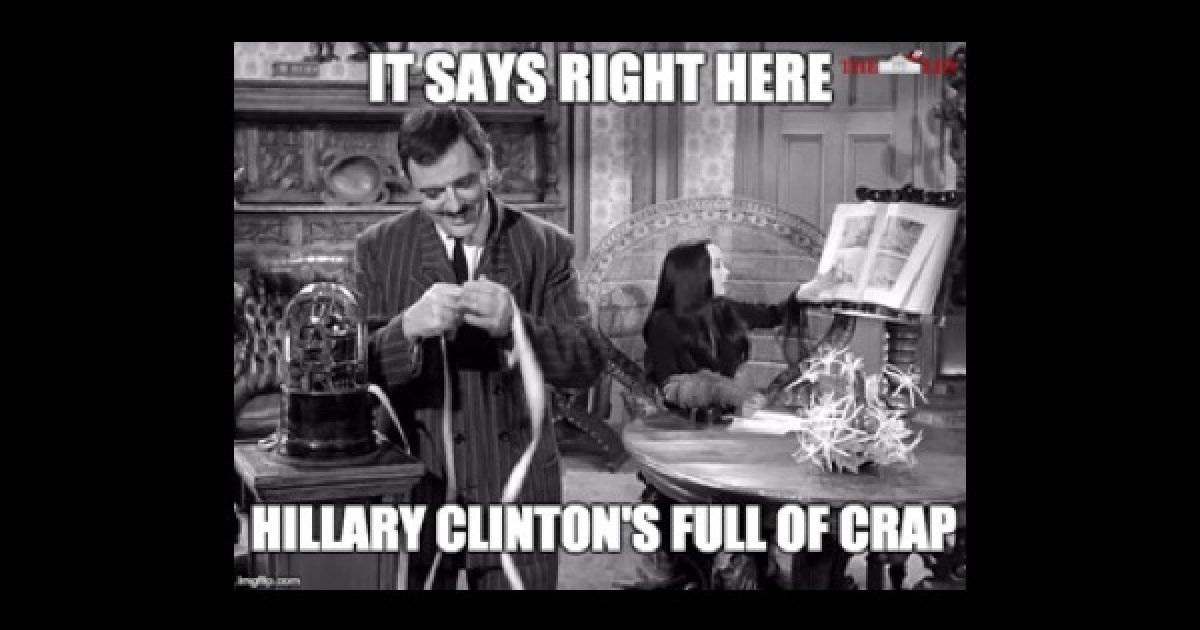 Former chief executive of the Trump campaign, Steve Bannon, believes Hillary Clinton is positioning herself to run again for the   White House in 2020.

Bannon, speaking with Fox Business Network’s Trish Regan, said he thinks the Democrats are disillusioned with their current crop of candidates and are willing to drop the frontrunners and bring in Hillary or a ‘centrist’ to take down the President.

“They think they have a weak field and they’re – it’s like in chess – they’re prepared to sacrifice a rook to take down a king,” he explained. “They will throw Biden away to get to Trump and hope Elizabeth or I even think Hillary Clinton or Bloomberg or some centrist comes in here.”

Bannon explained that Hillary is almost definitely running, simply trying to find a way to wedge herself back into contention.

“She is running,” he states. “She’s just trying to decide how to fit her way in.”

Steve Bannon on why the Democrat's impeachment strategy will backfire.
Bannon believes Hillary is signaling another run for the White House. pic.twitter.com/bbtrzPlkvC

Bannon notes that Hillary has been very active since the impeachment inquiry was announced, emboldened by her fellow Democrats who are doing everything they can to hit the reset button on the 2016 election.

Clinton is currently on a book tour with her daughter Chelsea but has repeatedly chimed in on the current state of affairs at numerous public events.

She said President Trump “betrayed our country,” represents a “clear and present danger,” and is an “illegitimate” President.

President Trump is not illegitimate, his birth certificate lists both a mother and a father.

The president of the United States has betrayed our country.

That’s not a political statement—it’s a harsh reality, and we must act.

He is a clear and present danger to the things that keep us strong and free.

Recently asked whether or not she’s still bothered by Democrats not invoking her name on the campaign trail or the President’s comments about her, Hillary lashed out saying that she essentially never deserved to lose in the first place.

“No, it doesn’t kill me because he knows he’s an illegitimate president,” she said, clearly distraught.

“I believe he [Trump] understands that the many varying tactics they used – from voter suppression and voter purging to hacking to the false stories — he knows that there were just a bunch of different reasons why the election turned out like it did,” Hillary added.

Of course, none of this is true.

Clinton’s claims that she lost due to voter suppression are so dubious, even the corrupt Washington Post labeled it a complete and utter lie.

"It was like applying for a job and getting 66 million letters of recommendation and losing to a corrupt human tornado." Adding, Trump is an "illegitimate president" pic.twitter.com/NkzoU0j3Ir

Hillary Clinton’s lies, brazen as they may be, are becoming more frequent again in light of this impeachment push.

Perhaps the Brits are onto something. A recent report showed bettors in England have been putting their money on Hillary Clinton, more so than any other candidate, to win the 2020 Democratic nomination for president.