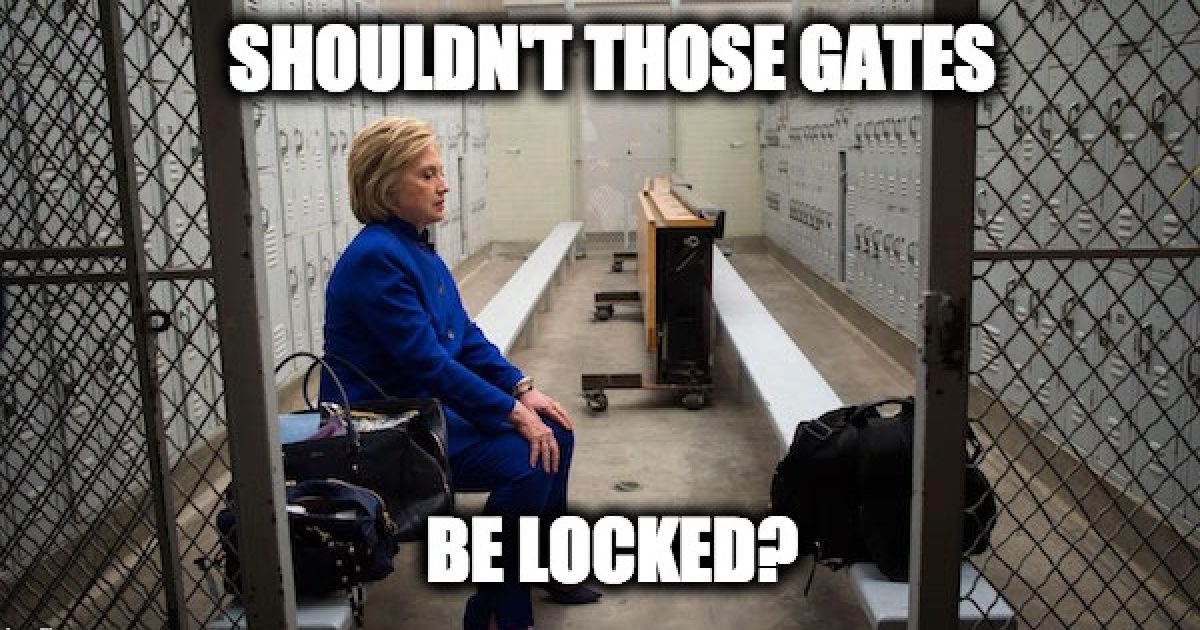 Is Hillary Clinton so down on her luck – or ‘dead broke’ – that she has to hawk picture books on her website for an absurd amount of money?

The book, titled “#STILLWITHHER,” is at the very least another indication that the former first lady just can’t let go of 2016. She can’t move on!

To be fair, the $3,000 version is considered a collector’s edition, as it sports a super neat wooden box (Al Gore might call it a lockbox) that converts into a stand to display these remarkable images of Hillary.

OH WAIT!!! I thought they were paying US the three grand to take the book. They want people to pay for pictures of Hillary?

It also has Hillary’s signature. Which, along with a couple of bucks, will buy you a cup of “covfefe.”

Hillary Clinton will be writing the foreword for a picture book about her failed 2016 presidential campaign that comes with a $3,000 price tag. https://t.co/ri8O8jCKZy

At least $500 of each book will go to a good cause. No, not charity, but instead, Clinton’s own PAC, Onward Together, with its Dr. Seussian tagline “Resist, insist, persist, enlist.”

“#STILLWITHHER” promises to provide readers with “rare and exclusive access to Hillary’s historic campaign for president.”

Multiple essays from prominent liberals will be scattered in among the photos. Pieces from actors Ted Danson and Jamie Lee Curtis, Olympic figure skater Michelle Kwan, and Planned Parenthood’s Cecile Richards will be included.

“This book is presented for those who were inspired by her, those who carry forward her life’s work in the mass activism we’ve witnessed since 2016.” According to promotional material. “And those who will someday celebrate the obliteration of all glass ceilings by looking back at one of the most persistent and resilient champions of that cause.”

Some of the pictures are good for a laugh. Like the one available at this link, which features a woman evidently pointing to Hillary’s hopes and dreams have gone out the window.

Another depicts Hillary for some reason sitting alone on a bench in a gated locker room, which sort of calls to mind a jail cell. (Hmm.)

And of course, what Clinton picture book would be complete without one of Hillary working hard while her husband Bill fraternizes with the interns in the background?